It's over for Khloe Kardashian and Tristan Thompson, and the details surrounding the split involve another cheating scandal… this time focused on the NBA star and Kylie Jenner's best friend. In a bombshell report published on Feb. 19, TMZ claimed that Tristan and Kylie's BFF, Jordyn Woods, "were all over each other" and "making out" at a house party in Los Angeles on Feb. 17. Us Weekly also reported that they'd split and a source told the mag of Khloe and Tristan, "They aren't speaking." E! News reported that the basketball star tweeted and later deleted, "FAKE NEWS," though multiple stories that followed — including some noting comments made by Khloe's friends and sisters — make it clear there's nothing fake about it as far as the Kardashians are concerned. This, of course, isn't the first time Tristan has been accused of cheating on Khloe. In April 2018, just days before Khloe gave birth to their daughter, True, videos surfaced showing Tristan cheating on Khloe with multiple women on multiple occasions.

Surprise, Miranda Lambert is married, y'all! The country superstar revealed on Instagram on Feb. 16 that she secretly married New York City police officer Brendan McLoughlin. Over the week, multiple reports surfaced about the couple revealing they met while she was in the Big Apple to perform on "Good Morning America" on Nov. 2 (which is near his Times Square beat) and that the nuptials took place in Tennessee on Jan. 26 — less than three months after they met. The newlyweds will apparently do the long-distance thing for the time being (she's based in Nashville; he's based in Staten Island, New York). It's also come to light that Brendan has a messy romantic history: He became a father with an ex just a few days after he met Miranda. And he got that woman pregnant while he was with a different woman, to whom he was engaged last spring, the former fiancée's mom told Radar Online, Us Weekly and In Touch.

"Empire" star Jussie Smollett was arrested on Feb. 21 after turning himself into police after he allegedly staged a racist and homophobic attack against himself in Chicago on Jan. 29 with the help of two men who said he paid them to do it. A grand jury indicted the actor on charges of filing a false report — a felony that could mean three years of prison time. The actor, who continues to insist he's innocent of the charges, was released on bail a few hours later and was met by a mob of reporters. Police said the whole attack was a "publicity stunt" and claimed Jussie concocted the scheme because "he was dissatisfied with his salary" on "Empire." After the arrest, TNT pulled a "Drop the Mic" episode featuring Jussie, and "Empire" is currently mulling its options: A day before his arrest, FOX said Jussie wasn't being written off the show, but on Feb. 21, FOX announced that Jussie's character would not appear in the final two episodes of the season that is currently being filmed.

Duchess Meghan has friends in high places. On Feb. 20, the royal celebrated with a baby shower inside a two-story, $75,000-a-night penthouse at The Mark hotel in New York City alongside a slew of celebrity friends including Amal Clooney, Serena Williams, Abigail Spencer, Gayle King and others. (Meghan's good pal Priyanka Chopra couldn't make it.) How much did it cost the duchess? Well, not much. According to reports, Serena, who co-hosted the shower with Amal, footed the bill. Amal, meanwhile, reported paid $163,000 for a private plane to take herself, her twins and Meghan back to Britain. "Meghan hitched a ride with Amal on the private jet. Amal was already flying back and covering all the costs so it made total sense," a source told The Sun. "Amal was more than happy for Meghan to fly back with her and the kids. It's absolutely not the case that the taxpayers or the royal family paid for the cost of the jet. The flight didn't cost Meghan a thing."

Lady Gaga and Christian Carino have split and ended their engagement, her rep confirmed on Feb. 19. "It just didn't work out. Relationships sometimes end," a source told People magazine, confirming the breakup happened "a bit ago." The source added, "There's no long dramatic story." Gaga and Christian began dating in early 2017. Fans first began speculating that the two had split when the talent agent didn't attend the Grammy Awards with her, although he did attend other shows with the "A Star is Born" singer-actress earlier in award season. She also was not wearing her engagement ring at the Grammys.

John, Paul, George and Ringo, you've got company, and her name is Ariana Grande. This week, Ariana made history when her "Thank U, Next" album sat atop the Billboard charts while its tracks also simultaneously held the No. 1, No. 2 and No. 3 positions on the top songs chart. She's the first artist to do that since The Beatles did it in 1964. The songs are "7 Rings," "Break Up With Your Girlfriend, I'm Bored" and "thank u, next." After hearing the news, Ariana tweeted, "I laughed when i saw this bc i thought y'all edited it." She added, "that's wild. i thought this was a joke when i saw it i'm not kidding."

Teresa Giudice is denying reports that she's moving on from her incarcerated husband with a younger man. The reality star hit back at rumors after pictures were published showing her holding hands with 26-year-old businessman Blake Schreck. Teresa's attorney said Blake is just a friend. "Teresa was in Miami for a charity event with a large group of friends, both men and women," her attorney, James Leonard Jr., said. "The photos show one of those friends helping Teresa out of the venue and to her car. She had some wine and she was wearing heels." The truth behind the matter is hardly exciting, James insisted. "That's the real story. There is no cheating, no divorce," he said. "End of story."

Finally! Ten months after announcing she and her husband were splitting, Kendra Wilkinson and Hank Baskett are officially divorced. The finalization comes after several hiccups along the way (here and here). According to the new paperwork, the former couple will share joint legal and physical custody of their children, Hank Baskett IV, 9, and Alijah, 4. Kendra and Hank will keep their individual properties and will split money in their bank accounts evenly. The couple wed in June 2009. Their split has been very amicable.

Gwyneth Paltrow is crying foul over a lawsuit in which a Utah man claims she essentially ran him over while skiing. Gwyneth, who's now countersuing the man, says the opposite is true and she can prove it. Last month, Terry Sanderson sued the actress, claiming she was out of control while skiing at Deer Valley Resort in Park City, Utah, on Feb. 26, 2016. He claimed to be seriously injured. Gwyneth insists she was the victim. "She did not knock him down," her court filing said. "He knocked her down. He was not knocked out." Gwyneth said she has the resort incident report in which the man acknowledged that he "took her out from behind" after the actress "appeared right in front of him," which shows he admitted he was the uphill skier. Terry is suing the Oscar winner for $3 million. Gwyneth is suing for $1.

Former "The Real Housewives of New Jersey" star Danielle Staub is done with her tumultuous 10-month marriage. On Feb. 21, her divorce from Marty Caffrey was made final. As she left the courthouse, Danielle told TMZ she was "very happy now" and "so relieved." She added, "I never took his name for a reason." Danielle and Marty were married in May, but their romance hit the skids almost immediately. In the midst of the divorce, they both filed restraining orders against each other but eventually dropped them. Danielle said she's already dipping her toe back in the dating pool. 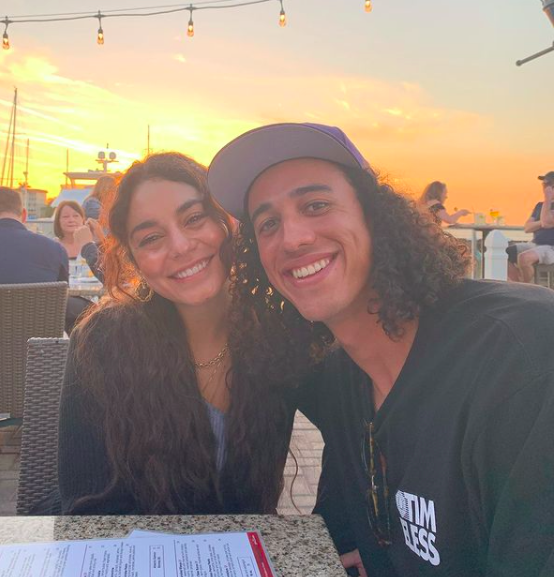 More Wonderwall
How they hooked up