On Aug. 17, 2018, one of our favorite hunky heroes, Mark Wahlberg, returns to the big screen with the new action flick "Mile 22," a thrilling film about a covert mission to escort a foreign police agent with top-secret intel out of his country. Wonderwall.com is celebrating its release with a look back at Mark's life through the years. Keep reading to see who he's dated, relive his biggest career moments and reminisce about the good ol' days when he was a shirtless hip-hop star…

Mark Wahlberg was born on June 6, 1971, to a bank clerk mother and a delivery driver father. He was the ninth and youngest child in their devout Roman Catholic family. While growing up in Boston's Dorchester neighborhood, Mark was a hothead who constantly got into trouble. In 1988 at age 16, he was arrested for assaulting two men, which led to a 45-day prison sentence. Mark has said it was during his time behind bars that he realized he wanted to get his life on track. Seen here just a year later in 1989 with his famous brother, New Kids on the Block singer Donnie Wahlberg, an 18-year-old Mark set his sights on fame instead of fighting. Fun fact: Mark was an original NKOTB member early on but quit shortly after joining due to creative differences.

RELATED: Stars who were troublemakers in school

Following in his famous brother's footsteps, Mark Wahlberg tried to make it in the music industry. Seen here in a promotional picture from 1991, Mark — going by the stage name Marky Mark — joined forces with four friends to create the hip-hop group Marky Mark and the Funky Bunch. Their debut album, "Music For the People," dropped on July 23 that year and included the hit single "Good Vibrations," which reached No. 1 on the Billboard Hot 100 and Billboard Hot Dance Music charts. Mark, who often performed and posed for photos wearing only jeans, a hat and sneakers, quickly became a teen heartthrob.

Capitalizing on his undeniable sex appeal, the Calvin Klein brand hired Mark Wahlberg as an underwear model in 1992. He posed for a series of now-iconic black-and-white ads with supermodel Kate Moss (they're seen here together at Saks Fifth Avenue in Hollywood in September 1995). In 1993, Mark — by this time known for his perfectly chiseled bod — took advantage of his growing fame by releasing an exercise video called "Form… Focus… Fitness, The Marky Mark Workout."

Mark Wahlberg was cast alongside another rising young star, Leonardo DiCaprio (not pictured), in the 1995 biographical crime-drama "The Basketball Diaries." Later, he revealed that Leo wasn't too happy about him being in the film. It was only after the two began reading their lines together that they developed a respect for one another's talent and, ultimately, became friends. 1995 was also the year Mark ended his music career after releasing the disappointing "The Remix Album" with reggae recording artist Prince Ital Joe.

Mark Wahlberg won more fans when he played the bad guy in the 1996 mystery-suspense film "Fear" opposite a young Reese Witherspoon. He was nominated for best villain at the MTV Movie Awards in 1997 for his chilling performance in the flick.

Did you know that once upon a time, teen star Alyssa Milano and Mark Wahlberg allegedly dated? The couple never confirmed their relationship but they were seen getting cozy at numerous events including the 1996 Cannes Film Festival premiere of their film "Fear."

By 1998, Mark Wahlberg was a bonafide movie star who had a bevvy of beauties by his side. One such lovely lady, actress China Chow, linked up with Mark following their co-starring roles in the crime-comedy "The Big Hit." The couple reportedly began dating while filming and remained together for four years.

In 1999, Mark Wahlberg starred alongside George Clooney and Ice Cube in the action-packed David O. Russell black comedy "Three Kings." Not only did the film mark the beginning of a long friendship between Mark and George (they would later star together in the 2000 drama "The Perfect Storm"), but it helped solidify Mark's rep as an action star.

Not long after his relationship with China Chow came to an end in 2001, Mark Wahlberg quietly began seeing another beauty, model Rhea Durham. The couple, seen here at the Richard Tyler Autumn/Winter fashion show in April 2003, seemed to only have eyes for each other.

In 2003, Mark Wahlberg starred alongside Charlize Theron in the remake of the 1969 crime thriller "The Italian Job." The high-octane film was considered a success, pulling in more than $176 million in worldwide sales.

In September 2003, Mark Wahlberg and girlfriend Rhea Durham — seen here as parents-to-be at the May 2003 premiere of his film "The Italian Job" — welcomed their first child, daughter Ella Rae.

2004 was a big year for Mark Wahlberg as it marked his debut as a Hollywood producer when he helped bring "Entourage" to HBO (he's seen here at the series' New York City premiere that June). The show, Mark has said, was inspired by his early experiences in the business after he moved to Hollywood and his career started to take off. He even claimed that Jeremy Piven's character, Ari Gold, was based on his real-life agent, the notorious Ari Emanuel.

If there's one thing you should know about Mark Wahlberg, it's that he loves to golf. The actor is seen here on April 26, 2004, with actor James Caan during the actor's annual Celebrity Golf Classic, which, since 2003, has raised money to support the Impact Drug and Alcohol Treatment Center with funds to help patients who can't afford treatment.

In 2006, Mark Wahlberg starred as Sgt. Dignam in the Martin Scorsese crime-thriller "The Departed." Critics hailed the Boston-set film (which co-starred Jack Nicholson, Leonardo DiCaprio and Matt Damon) as "one of the best since 'Goodfellas'" and called Mark's performance as the tough-talking police detective "especially terrific." Fun fact: The role of Dignam was originally supposed to go to Ray Liotta.

By awards season 2007, it was clear that Mark Wahlberg was the right pick for "The Departed." That February, Mark and his partner, Rhea Durham, attended the 79th Annual Academy Awards where he was up for his first Oscar for his work in the film. Mark was also nominated that year for a SAG Award and a Golden Globe. Although he didn't win, Mark's reputation in Hollywood as a blockbuster star was solidified.

2007 was also a big year for Mark Wahlberg's producing career. That year, he not only starred in the crime-thriller "We Own the Night" alongside Joaquin Phoenix (seen here), but produced the film. It was Mark's first time producing for the big screen, and while the movie received generally favorable reviews, it failed to draw audiences to the box office, bringing in just $28.5 million in domestic sales.

On Aug. 1, 2009, Rhea Durham and Mark Wahlberg made it official and tied the knot at the Good Shepherd Catholic Church in Beverly Hills. At the time of their union, Rhea was four months pregnant with their fourth and final child, daughter Grace Margaret, who arrived in January 2010.

In 2010, Mark Wahlberg starred as real-life Irish boxing legend Mickey Ward in the David O. Russell biographical drama "The Fighter," which he also produced. Mark — who acted alongside a stellar cast that included Christian Bale, Amy Adams and Melissa Leo — trained for more than two years to get his body in peak physical shape. The movie was a "dream project," he's said, that finally came to fruition after lengthy delays in the production schedule. The wait was worth it, however, as critics called his performance "captivating" as well as one of the best of his career.

Mark Wahlberg's dream project turned out to be a dream come true: In 2011, he was nominated for a best picture Oscar as one of the producers of "The Fighter." Mark (seen here with wife Rhea Durham at the Academy Awards that year) didn't end up winning that night ("The King's Speech" took home the prize), but the nomination, along with nods at the SAG Awards and Golden Globes, helped elevate Mark's career as both a leading man and a Hollywood producer.

In 2014, Mark Wahlberg joined the ranks of reality TV stars when he produced and co-starred in A&E's "Wahlburgers" alongside brothers Paul Wahlberg and Donnie Wahlberg. The series, which also included cameos from the rest of their family, was about Paul's mission to open a family restaurant chain called Wahlburgers with the help of his siblings.

Mark Wahlberg is seen here in New York City on Sept. 14, 2011, at the Season 2 premiere of "Boardwalk Empire," the critically acclaimed period drama series starring Steve Buscemi that Mark executive produced. The Emmy- and Golden Globe-winning show ran on HBO from 2010 to 2014.

Mark Wahlberg made a departure from his action-movie norm in 2012 when he starred in the Seth MacFarlane comedy "Ted." The wildly successful film about a man whose bawdy childhood teddy bear comes to life was a worldwide hit, bringing in more than $549 million at the box office. In 2015, Mark reprised his role for the sequel, "Ted 2," which, although a hit with audiences, didn't have the same success at the box office, pulling in less than half the ticket sales of the original film.

Mark Wahlberg re-energized the "Transformers" action franchise when he toplined the cast of 2014's "Transformers: Age of Extinction." He returned in 2017 for another installment of the global blockbusters, "Transformers: The Last Knight."

In this April 26, 2015 photo taken at the second annual Safe Kids Day in West Hollywood, Mark Wahlberg is seen as his true self: a family man. Mark is pictured with wife Rhea Durham and their four children — Ella, Grace, Brendan and Michael.

In 2015, Mark Wahlberg starred alongside Will Ferrell and Linda Cardellini in the hilarious comedy "Daddy's Home." The film, which once again showed Mark had comedic chops, is about a stepdad trying to build a relationship with his stepchildren, only to have his wife's cool, competitive ex-husband (played by Mark) come back into their lives and try to ruin it all. The film was a massive hit at the box office, bringing in more than $242 million worldwide, which led to an equally funny sequel, "Daddy's Home 2," in 2017.

Despite getting older, Mark Wahlberg has maintained his notoriously buff body over the years. He showed off his gym-honed physique during a family vacation in Barbados on Jan. 2, 2018, at age 46. The same month, he took to Instagram to tell fans about his commitment to his health. "I wake up at 3am to work out for 2 hours, 7 days a week (bed at 7pm). I'm dedicated to living a healthy, active lifestyle," he wrote alongside an Instagram video of himself lifting weights and detailing his diet.

Along with gearing up for the Aug. 17, 2018, premiere of his newest action film, "Mile 22" (which he also produced), Mark Wahlberg also expanded his business horizons in 2018. He's seen here in June celebrating the opening of his newest venture, Ocean Resort Casino in Atlantic City, New Jersey. The actor, a practicing Catholic, reportedly had a priest bless the business before its grand opening. Fun fact: Ocean Resort Casino also features the family burger chain, Wahlburgers. 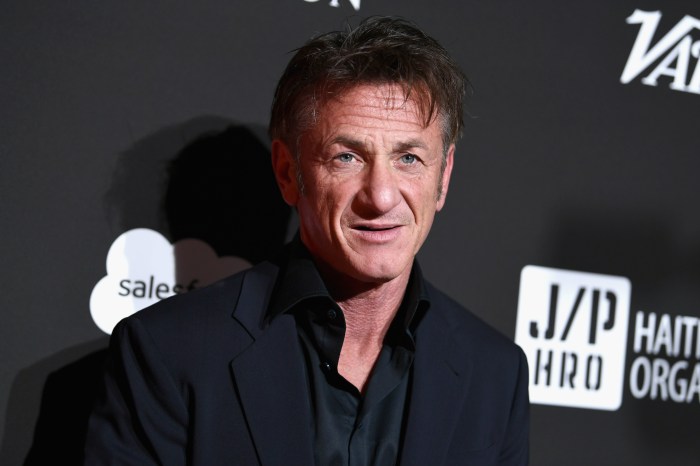