Meghan Markle was suddenly thrust into the spotlight in October 2016 when a report surfaced alleging that the "Suits" star had been secretly dating Prince Harry since they met in Toronto while he was promoting the Invictus Games in May. Since then, she's become one of the most well-known names on the planet. But still, little is known about the brunette beauty. Wonderwall.com is here to put an end to that! Keep reading for 20 things you probably don't know — but should! — about the spare heir's "Suits" squeeze, starting with this: Meghan Markle has starred as former paralegal Rachel Zane, who recently became a lawyer, on the USA Network legal drama since 2011. The series' sixth season came to an end on March 1, 2017. It returned for the seventh season in July 2017.

RELATED: Meghan and Harry pack on the PDA at pal's wedding

She runs the lifestyle blog TheTig.com

According to its official description, The Tig is "a hub for the discerning palate — those with a hunger for food, travel, fashion & beauty." Meghan Markle describes a "Tig moment" as an a-ha moment about life or the world. She writes on the site, "At New York Fashion Week understanding that clothes aren't just pieces of fabric, but that they can be art. So Tig. Traveling off the beaten track and hand diving for sea urchin in Jamaica — understanding that travel is adventure and discovery, culture and surprise. A Tig moment, indeed. And the same could be said for my love of cooking & dining, for cultivating friendships that inspire you, for the idea of 'beauty' and what that means to us. An understanding that comes with living your life to the fullest so that it bursts at the seams. An unbridled joy. An insatiable curiosity. That's what Tig means to me."

Meghan Markle and Trevor Engelson, who owns the production and management company Underground, were married from 2011 to 2013. They tied the knot at a hotel in Jamaica on Sept. 10, 2011, and separated in August 2013. According to Us Weekly, they'd been an item for six years before he popped the question in 2010.

"Yoga is my thing," Meghan Markle told Best Health magazine in 2016. "My mom is a yoga instructor, and I started doing mommy-and-me yoga with her when I was 7. I was very resistant as a kid, but she said, 'Flower, you will find your practice — just give it time.' In college, I started doing it more regularly." (The flexible actress shared this photo of herself doing yoga in a bikini on Twitter in 2015.)

Meghan Markle attended Northwestern University, where she double-majored in theater and international relations.

She had a super-impressive college internship

For a few months in 2002 while she was a junior at Northwestern, Meghan Markle worked in the U.S. Embassy in Buenos Aires. "It was their economic devaluation and our Secretary of the Treasury at the time, Paul O'Neill, was there, so I'm 20 years old, in Buenos Aires, in a motorcade, doing that whole thing," she told Marie Claire in 2013.

She loves her freckles

"To this day, my pet peeve is when my skin tone is changed and my freckles are airbrushed out of a photo shoot," Meghan Markle told Allure in early 2017. Added the actress, "For all my freckle-faced friends out there, I will share with you something my dad told me when I was younger: 'A face without freckles is a night without stars.'"

She adds personal touches to her "Suits" wardrobe

"All the jewelry that I wear on the show is my own personal jewelry and family heirlooms, like my grandma's charm bracelet and my signet ring," Meghan Markle told Marie Claire in 2013.

She worked with Patrick J. Adams before they co-starred on "Suits"

"Before 'Suits,' I did a pilot every single year. I even did a pilot for ABC with Patrick J. Adams, who plays Mike Ross on the show, like, six years ago," she told Marie Claire in 2013. "[I've known him] so long! TV has always seen us in the same way. He's the rough-around-the-edges guy, I'm the polished girl, and there's that 'Will they ever be together?' tension."

She wants to be a mom

"I can't wait to start a family, but in due time," Meghan Markle told Best Health magazine in 2016. (Hear that, Prince Harry?!)

She likes to cook

"My character [on 'Suits'] is a foodie because they know that I'm a foodie," Meghan Markle told Marie Claire in 2013. "I'm always on the quest to find amazing new restaurants and new recipes. I'm a California girl, right? I grew up with that farm-to-table dining before it was sweeping the nation. I do think there's some value to really throwing yourself into food and embracing where it comes from."

She's struggled with being biracial in Hollywood

"I wasn't black enough for the black roles and I wasn't white enough for the white ones, leaving me somewhere in the middle as the ethnic chameleon who couldn't book a job," Meghan Markle wrote in a 2015 op-ed for ELLE U.K. But "Suits" changed all that for the actress: "The show's producers weren't looking for someone mixed, nor someone white or black for that matter. They were simply looking for Rachel," she explained.

"I love a kick to my food," hot-sauce enthusiast Meghan Markle once wrote on her website.

"While my two worlds can coexist, I've learned that for me, being able to keep a foot in both is a delicate balance — because while they are not mutually exclusive, guiding my heart though the swinging pendulum from excess to lack of access is sometimes challenging," she once wrote on The Tig. "[The points is] to use whatever status I have managed to garner as an actress, and maximize my opportunity for impact with the moments of value that resonate far greater than an audition ever could. I've never wanted to be a lady who lunches — I've always wanted to be a woman who works. And this type of [humanitarian] work is what feeds my soul, and fuels my purpose. The degree to which I can do that both on and off camera is a direct perk of my job." 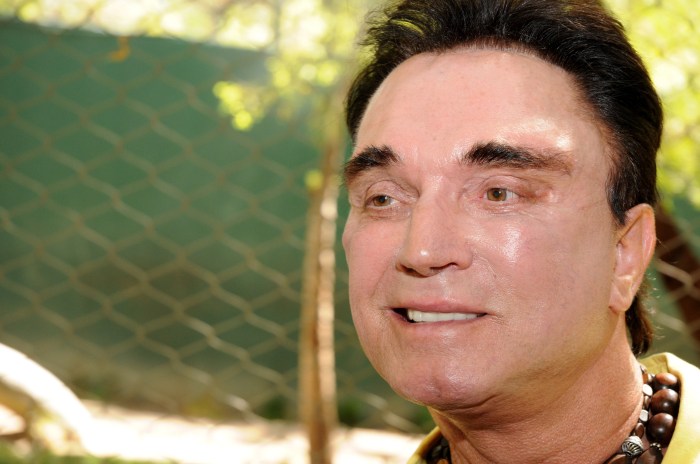 Up Next Killed by COVID-19