Against the backdrop of Windsor Castle, Britain's Queen Elizabeth II met with U.S. President Joe Biden and first lady Dr. Jill Biden on June 13, 2021, capping off the American leader's four-day visit to the United Kingdom for the G7 Summit. The monarch has been introduced to Biden before — in 1982 when he was a U.S. senator — but this trip marked their first meeting as monarch and POTUS. Of course, he's not the first American president she's spent time with over the decades. The queen has now met with 13 of the last 14 U.S. presidents — the exception being Lyndon B. Johnson, who infrequently traveled outside of America. (The queen should have met the former vice president at the funeral of John F. Kennedy, but she was unable to fly because she was pregnant with her youngest child, Prince Edward, at the time.) The queen and President Biden are seen here with the first lady in the Grand Corridor at Windsor Castle in Windsor, England, before having tea together on June 13, 2021.

President Joe Biden took a salute from a Guard of Honour after arriving at Windsor Castle in Windsor, England, with first lady Dr. Jill Biden to meet Britain's Queen Elizabeth II on June 13, 2021.

RELATED: See the royal family at Trooping the Colour through the years

Queen Elizabeth II chatted with President Joe Biden and first lady Dr. Jill Biden during a reception and dinner hosted by the Eden Project in Cornwall, England, on June 11, 2021, ahead of the G7 Summit. In the background are French president Emmanuel Macron, Prince Charles, Duchess Camilla and more world leaders and their spouses.

RELATED: All the best photos from Prince Harry and Meghan Markle's royal wedding

President Donald Trump and Queen Elizabeth II shared a toast during a state banquet at Buckingham Palace in London on June 3, 2019, during his three-day state visit to Britain.

RELATED: All the best photos from Prince Harry and Meghan Markle's royal wedding

RELATED: Royal christenings through the decades

Queen Elizabeth II walked with President Donald Trump as they inspected the Coldstream Guards at Windsor Castle in Windsor, England on July 13, 2018.

Queen Elizabeth II met with U.S. President Donald Trump at Windsor Castle in England on July 13, 2018, during his first visit to Britain as president, though it was not an official state visit.

Queen Elizabeth II and President Barack Obama arrived for a state banquet at Buckingham Palace in London on May 24, 2011.

President Barack Obama and his wife, Michelle Obama, talked with Queen Elizabeth II and Prince Philip, Duke of Edinburgh, at a reception at Buckingham Palace in London on April 1, 2009.

President Barack Obama and Queen Elizabeth II shared a toast during a state banquet at Buckingham Palace in London on May 24, 2011.

Queen Elizabeth II posed with President Barack Obama, Michelle Obama and Prince Philip in the Music Room of Buckingham Palace in London ahead of a state banquet on May 24, 2011.

President Bill Clinton and Queen Elizabeth II attended a banquet at Portsmouth Guildhall in England honoring the 50th anniversary of D-Day on May 4, 1994.

Princess Margaret and Queen Elizabeth II entertained President Ronald Reagan at Windsor Castle during his state visit to England in 1980.

President Jimmy Carter posed with Queen Elizabeth II at Buckingham Palace in London in May 1977.

President Gerald Ford and Queen Elizabeth II danced during a state dinner in honor of the queen and Prince Philip at the White House in Washington, D.C., on July 17, 1976.

President Gerald Ford stood with Queen Elizabeth II and first lady Betty Ford joined Prince Philip as they went to dinner aboard the Yacht Britannia docked at the U.S. Navy base in Newport, Rhode Island, on July 10, 1976.

President John F. Kennedy and first lady Jackie Kennedy posed with Queen Elizabeth II and Prince Philip at a state dinner given at Buckingham Palace in London in June 1961.

Princess Elizabeth of Britain and President Harry Truman posed for a photo at the Canadian Embassy in Washington, D.C., before a formal dinner on Nov. 1, 1951, during the future monarch's official royal visit to America following a tour of Canada. Less than four months later, she was crowned Queen Elizabeth II following the death of her father, King George VI.

Princess Elizabeth of Britain and President Harry Truman smiled from an open auto at the National Airport in Washington, D.C., before driving to Blair House, the temporary presidential residence at the time, on Oct. 31, 1951. 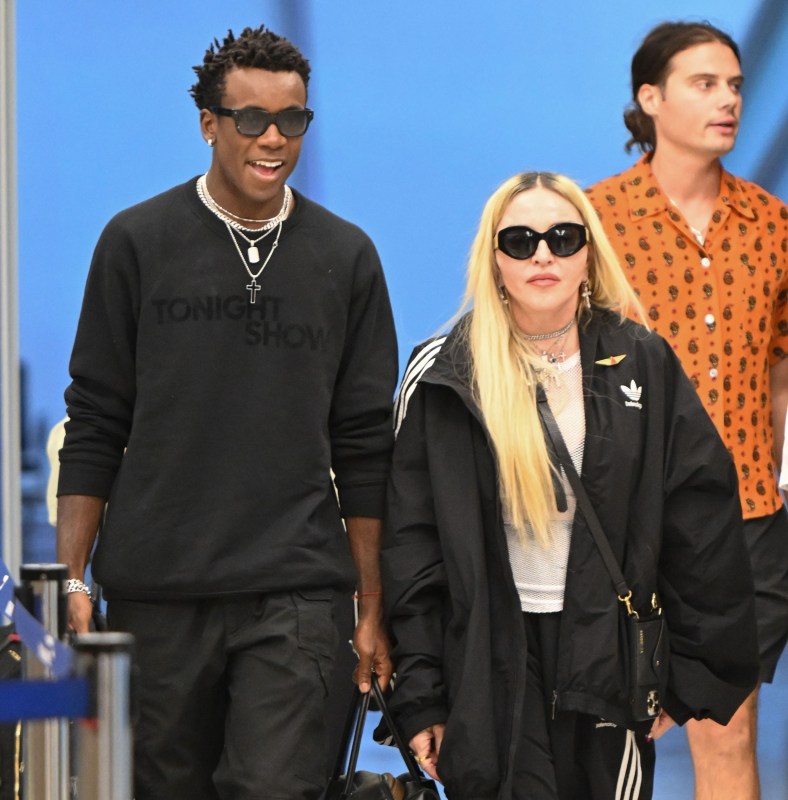