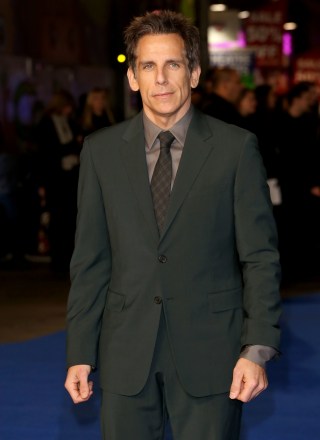 Share Tweet Pin Email
With parents as funny as Jerry Stiller and Anne Meara, Ben Stiller was destined to make a career. He made his acting debut on a Broadway stage after dropping out of UCLA and his first film, Hot Pursuit, which starred his real-life pops, in 1987. He left a writing gig at Saturday Night Live after only five weeks, but his disillusionment motivated him to create his own sketch show. The short-lived Ben Stiller Show introduced the world to Stiller, Bob Odenkirk, David Cross and Janeane Garofalo and won a writing Emmy after it was cancelled by FOX. He splits his time between acting (Flirting With Disaster, Dodgeball, Greenberg), directing (Reality Bites, Cable Guy, Zoolander), doing charity work for Project A.L.S. and Haiti relief, and raising two kids, Ella and Quinlin, with his wife, actress Christine Taylor. While his most memorable projects like There's Something About Mary and Tropic Thunder tend to go for raunchy, self-deprecating and edgy laughs, Stiller has made quite a name for himself in the family-friendly arena with the Fockers, Madagascar and Night At the Museum franchises. He received the 26th American Cinematheque award for career achievement in 2012.