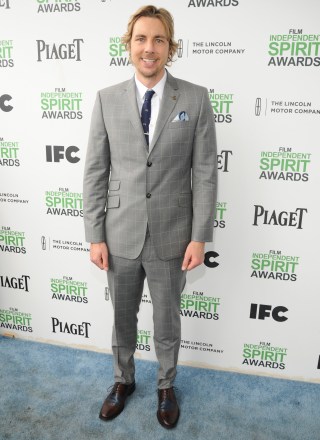 Named after the protagonist in Harold Robbins' novel The Adventurers, Dax Shepard moved to California in 1995 to study at UCLA and with the famed Groundlings improve troupe. Although he graduated magna cum laude with a bachelor's in anthropology, Shephard, who can be seen weekly as a Braverman sibling on NBC's acclaimed drama "Parenthood", pursued acting and after eight years of failed auditions, he finally booked his first paying gig as a prankster on MTV's "Punk'd" in 2003. He hasn't stopped working in both film and TV ever since, building a resume that includes cult fave "Idiocracy", ""Robot Chicken", "Baby Mama" and the upcoming "This Is Where I Leave You". Growing up outside the Motor City with parents who both worked in the auto industry, it was only natural that he'd develop a love of classic cars. He poured that love into writing and directing 2012's "Hit and Run", which features vintage wheels from his personal collection and his wife Kristen Bell as costars. Bell, who he met at a party in 2007 and married in October 2013, returned the favor and asked him to appear in the Veronica Mars" film. Their other co-production, daughter Lincoln, was born in March 2013.