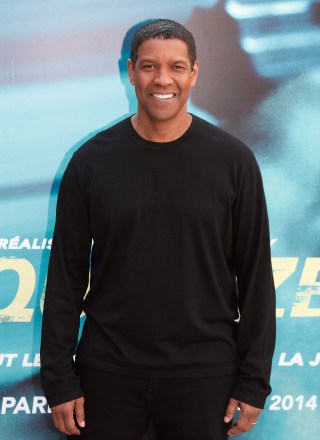 While getting a journalism degree from Fordham University in the early '70s, Denzel Washington worked as a camp counselor at a Boys Club camp (an organization he still supports and credits for keeping him out of trouble as a youth) in 1975. It was performing in that camp's variety show that sparked his fire for acting and led him to audition for Fordham productions and pursue further education at San Francisco's American Conservatory Theatre. He has four children (one of which played in the NFL) with Pauletta Pearson, whom he met on the 1977 set of his first onscreen gig, "Wilma," and married in 1983. Despite hinting at marital infidelities in 2006, the couple remain committed 30-plus years later. In 1981, Washington got noticed on the big screen in "Carbon Copy" and off-Broadway in "A Soldier's Play." The attention led to his 1982 casting on "St. Elsewhere" and his 1987 gig playing a South African activist in "Cry Freedom," which earned him his first Oscar nomination. In 1989, he won his first as Best Supporting Actor in "Glory." People's 1996 Sexiest Man Alive would return to Hollywood's biggest night in 1992 as a Best Actor nominee for "Malcolm X", in 1999 as a Best Actor nominee for "The Hurricane," in 2002 as a Best Actor winner for "Training Day" and in 2013 as a Best Actor nominee for "Flight." He moved to the director's seat for 2002's "Antwone Fisher," penned bestseller "A Hand To Guide Me" in 2006, and won a Tony for "Fences" in 2010.