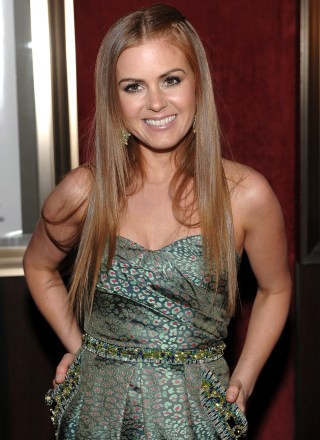 Isla Fisher was born to Scottish parents in the Middle East, but her family relocated soon after to Perth, Australia, where she landed her first job, a lottery commercial at 12. She joined the down under star-making factory "Home and Away," a long-running soap which also featured Naomi Watts and Heath Ledger at another time, in 1994. In 1997, the Now You See Me actress moved to Europe, matriculating in Paris at the Jacques Lecoq International School Of Theatre and eventually landing in London where she is introduced to Sacha Baron Cohen. They moved to LA in 2002 together, where she quickly secured a small part in the big-screen "Scooby Doo." It wouldn't be until 2005 that she went mainstream as the sex-crazed love interest of Vince Vaughn in the mega-blockbuster "Wedding Crashers." It earned her an MTV Movie Award and lead to opportunities like "Definitely, Maybe," "Horton Hears a Who" and "Confessions Of A Shopaholic." She fiercely protects her private life with Cohen, never confirming either of her pregnancies and marrying in secret in Paris in 2010 in front of only six guests. Daughter Olive was born in October 2007 and was followed by her sister Elula sometime in late 2010.