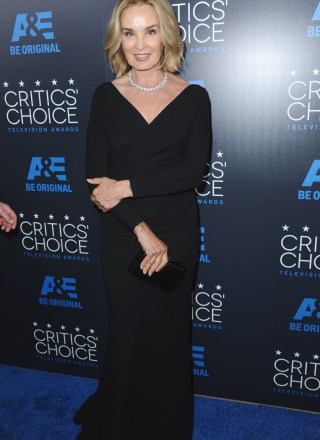 Jessica Lange's enrolled as an art student at the University of Minnesota in 1967 but before she'd finished her freshman year, she'd fallen in love with a 24-year-old photography professor Paco Grande, wandered the U.S. and Europe, and lived mostly in a van. In 1970, they married. In 1971, Lange moved to Paris solo to study mime which sparked her interest in acting. After her return to N.Y., her marriage deteriorated and she turned to waitressing and modeling. In 1975, she was cast in "King Kong," but was received negatively and did not work again for three years. "All That Jazz" brought her back to the spotlight and a remake of "The Postman Always Rings Twice" in 1981 cemented her as a leading lady.  The same year she had daughter Alexandra with dancer Mikhail Baryshnikov. She was nominated for Best Actress Oscar for 1982's "Frances," which was also where she met Sam Shepard who would eventually father her next two children Hannah and Walker and be her partner until December 2011. She ended up winning a best Supporting Actress Oscar for Tootsie the same year. She would win Best Actress for 1994's "Blue Sky" as well. She won a Golden Globe and was nominated for an Emmy in 1995 for a TV adaptation of "A Streetcar Named Desire." She has become a small-screen powerhouse in the last few years. She won an Emmy for 2009's "Grey Gardens" and has lead the "American Horror Story" ensemble for the last four seasons. The franchise has bagged her more Globes and the Emmys.