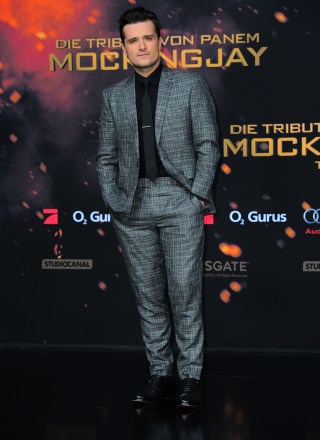 An expressed interest in acting by her adorable grade schooler prompted Josh Hutcherson's mom to transplant her family to LA. It was a smart move as he quickly landed guest spots on "ER" and "The Division." After a small part in "American Splendor," he got his big break acting opposite Tom Hanks in 2004's "The Polar Express." After tackling the young lead in a succession of family-friendly films including "Little Manhattan," "Zathura: A Space Adventure" and "Bridge To Terebithia," Hutcherson proved he is all right in more mature fare with 2010's "The Kids Are All Right" and as a love interest with "The Hunger Games" franchise. While playing the sensitive baker's son Peeta made him a staple on the walls of teens, Hutcherson's romantic life is pretty quiet. He had a spring fling with his "Journey 2: Mysterious Island" costar Vanessa Hudgens in 2011, but it ultimately fizzled.