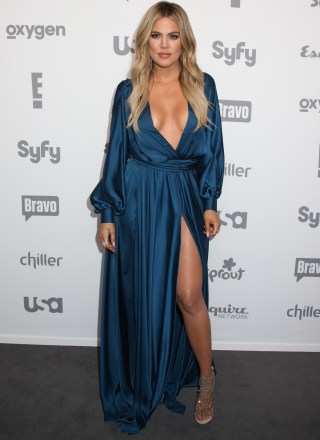 Khloe Kardashian, the tallest and arguably the most bluntly and hilariously honest member of Kris Jenner's kids with late O.J. Simpson defense attorney Robert Kardashian, has appeared alongside her klan on Keeping Up With The Kardashians since 2007. She grew up in Beverly Hills, privileged and friends with the Hilton sisters. She completed high school in 2002 via home schooling and a GED, citing loneliness caused by her siblings having graduated. She was charged with a DUI in 2007 and a probation violation in 2008 landed her three hours behind bars despite being sentenced to 30 days. Donald Trump punished her more by firing her from Celebrity Apprentice because of the DUI. In 2009, Kourtney and Khloé Take Miami featured the twosome opening a Florida branch of the family boutique DASH. Her month-long courtship with NBA star Lamar Odom ended with a posh Beverly Hills wedding in 2009, initial tattoos on their hands and their own show Khloe and Lamar. Four years later, the fairytale came crashing down amid Kardashian's allegations of infidelity and substance abuse.