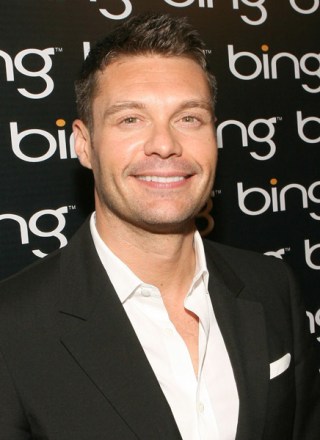 Ryan Seacrest could be the hardest working man in show business. And his dedication to deejaying started way back when he was a tween putting on pretend shows for his parents. He got his first real radio job at 16. While a journalism major at University of Georgia, ESPN hired him to host a weekend game show, encouraging him to drop out and head to LA to pursue full-time DJ work. By 1994, his ride-home program on 98.7 earned national syndication while his pretty mug graced a slew of TV shows ("Gladiators 2000," "Click," and "Wild Animal Games"). In 2002, he was tapped to host what would become the nation's most-watched TV show, "American Idol." He has since replaced Casey Kasem on countdown duty, Rick Dees in the morning on KIIS FM and his idol Dick Clark upon his passing at the helm of his annual New Year's Eve special. The Hollywood Walk Of Fame star recipient and Emmy nominee became a red carpet regular at awards shows and co-host of "E! News Daily" as part of a $21-million contract with the network. Despite a long list of super hot ex-girlfriends (Shana Wall, Teri Hatcher, Sophie Monk and Julianne Hough), the well-groomed metrosexual never seems to be fully able to squelch the not-straight speculation.