Join Wonderwall.com as we celebrate Father's Day on June 20 with a look at some of the Hollywood stars who became dads later in life… starting with this guy. Steve Martin was 67 when he became a father for the first time: He and wife Anne Stringfield welcomed a daughter, whose name they've never publicly revealed, in December 2012. "I think if I'd had a child earlier, I would have been a lousy father because I would have misplaced my attention on my career," the actor-musician told AARP magazine in 2017. But Steve isn't the only star to embrace fatherhood as a senior citizen…

The "Jurassic Park" actor became a first-time father in 2015 when his third wife, retired Olympic rhythmic gymnast Emilie Livingston (who's 30 years Jeff's junior), gave birth to son Charlie Ocean. At the time, Jeff was 62. The star of Disney+'s "The World According to Jeff Goldblum" became a father once again in 2017 with the birth of son River Joe when he was 64. "I feel right on schedule and I love our two boys," he told Us Weekly in 2018. "Everything seemed to happen perfectly. I appreciate it wildly."

Since tying the knot with second wife Hilaria in 2012, Alec Baldwin has added to his clan! He and the former yoga instructor (who's 26 years his junior) welcomed their sixth child, daughter Lucia, in 2021 when Alec was 62. The "30 Rock" star also has an adult daughter, Ireland, with ex-wife Kim Basinger.

RELATED: Celebs with a lot of kids: Mel, DMX, Clint, Alec and more

"Pretty Woman" star Richard Gere is another older dad. In February 2019 when he was 69, he and wife Alejandra Silva (who's 34 years his junior) welcomed their first child together, son Alexander. They had their second child in April 2020 when Richard was 70. The actor also shares adult son Homer with ex-wife Carey Lowell.

Paul McCartney was 61 when he welcomed his fifth child, daughter Beatrice, with now-ex-wife Heather Mills, who was 35 at the time. He also has adult children Heather, Mary, Stella and James with his late first wife, Linda McCartney.

In July 2019 when he was 60, Motley Crüe rocker Nikki Sixx welcomed his first child with wife Courtney (who's 27 years his junior), daughter Ruby. "Fatherhood has been the greatest joy in my life," he wrote on Instagram following his youngest daughter's birth. The musician has four other children from previous relationships — Gunner, Decker, Storm and Frankie-Jean.

In 2007 at 63, singer Julio Iglesias welcomed son Guillermo with wife Miranda Rijnsburger, who's 22 years his junior. Julio has seven other children. With ex-wife Isabel Preysler, Julio welcomed his most famous offspring — pop star Enrique Iglesias — as well as son Julio Jr. and daughter Chabeli. With Miranda, he also has adult sons Miguel and Rodrigo and twin daughters Victoria and Cristina.

The late Larry King's youngest son with Shawn Southwick (who's 26 years Larry's junior), Cannon, was born in May 2000 when Larry was 67. A year before Cannon arrived, Larry and Shawn welcomed son Chance in 1999. Larry has been married eight times. He did not meet son Larry King Jr., whom he had with ex-wife Annette Kaye in 1961, until Larry Jr. was in his 30s. He also had two children with ex-wife Alene Akins. He adopted Alene's son Andy in 1962 and had daughter Chaia with her in 1969.

Late "Lawrence of Arabia" actor Anthony Quinn became a father to his youngest (and 13th) child, son Ryan Nicholas Quinn, in 1996 when he was 86. Wife Kathy Benvin, to whom he was married until his death in 2001, was 47 years Anthony's junior.

The late Hugh Hefner and future ex-wife Kimberley Conrad (who's 37 years his junior) had two sons together: Marston in 1990 and Cooper in 1991. When their youngest was born, Hef was 66. The Playboy mogul, who died in 2017, also had two older kids — Christie and David — with ex-wife Mildred Williams.

Pablo Picasso was 68 when he welcomed his youngest daughter, Paloma, in 1949 with Francoise Gilot. Francoise, who was 40 years younger than Pablo, is also the mother of his son Claude. The famed painter, who died in 1973 at 91, also had two other children: son Paulo, with Olga Khokhlova; and daughter Maya, with Marie-Therese Walter.

Rupert Murdoch was 72 when he had his youngest daughter, Chloe, with third wife Wendi Deng (who's 38 years his junior) in 2003. They also had daughter Grace in 2001. The media mogul also has three older children with second wife Anna Murdoch Mann: Elisabeth, Lachlan and James. Eldest daughter Prudence's mom is Rupert's first wife, Patricia Booker. Rupert's now on his fourth marriage: He wed Mick Jagger's ex Jerry Hall in 2016; they don't have any children together. 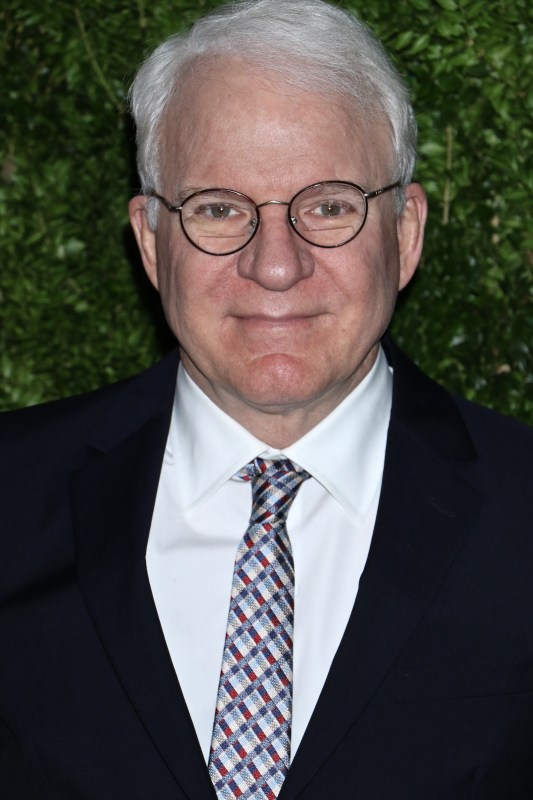