Is Reese Witherspoon angry at her co-star Nicole Kidman?

Amid poor ratings for "Big Little Lies," rumors have popped up suggesting the relationship between co-stars and co-producers Reese Witherspoon and Nicole Kidman has grown contentious. A source recently told the Daily Mail Reese thinks Nicole's giving their show short shrift when it comes to promoting it in the press. "Reese is furious that Nicole hasn't done more to support 'Big Little Lies' … all she's talked about in interviews is 'Lion.' Had Reese known that Nicole would put the show so far on the back burner, she would have cast some random," said the insider (via the Daily News). Though a rep for Reese has denied the story, another source is quoted in New Idea magazine as saying the positive reception the series is getting in Australia won't do much for its chances of being renewed for a second season. New Idea also claims Nicole told her reps to "keep Reese away from her" at events connected with the Oscars. "They were always all smiles for the cast and crew," said the source, "but there were definitely some tense arguments."

Khloe Kardashian's left ring finger appears to have gotten some engagement bling training over the weekend. On Sunday, March 18, she hit the Staples Center with a friend to root for Tristan Thompson as her beau's Cleveland Cavaliers faced the Los Angeles Clippers. Later, she joined Tristan for dinner at Ruth's Chris Steakhouse. And throughout the night, she rocked some heavy sparkle — three diamond rings, to be exact — on her left ring finger. Speaking to Us Weekly, a source revealed last month that Khloe and Tristan, who started dating last fall, have "talked about getting married."

With his Yeezy 5 collection and New York Fashion Week in the can, Kanye West is reportedly getting back to work on music. A source tells the New York Post the rapper's feeling better since his breakdown and is progressing carefully towards a new release — a process he may have been working on from the hospital last year. "He seems to be really well. He's got plans to put another album out and tour again, but he's managing his workload and taking it slower," says the insider. A second source noted Kanye has "been in the studio" and will "likely release something soon."

Why Jane Fonda forgot her lines while working with Robert Redford

She may be a two-time Oscar winner, a political activist and an author, but Jane Fonda is also human. She reminded Ellen DeGeneres of that fact when she stopped by "Ellen" this week to discuss her new film, "Our Souls at Night," her fourth major motion picture opposite Robert Redford. "The only problem with working with Bob is I kind of look into his eyes and I kind of fall into his eyes and forget my dialogue," the 79-year-old actress said of her 80-year-old leading man (via ET). Jane and Robert also played lovers in "The Chase" (1966), "Barefoot in the Park" (1967) and "The Electric Horseman" (1979). "I realize that I've grown up because in the three previous movies, I was always in love with him," she noted. "I fell in love with him every time. So, if a day went by and he wouldn't speak to me, I always took it personally. Now, when he doesn't talk to me, I'm just like, 'Hey Bob, come on.'"

In "Life," Jake Gyllenhaal plays an astronaut facing a fight against an alien life form he brought back from Mars. And as he admitted to the Daily News recently (via Celebitchy), he's no skeptic when it comes to questions about what, besides us, might live in the universe. "I believe there's so much yet to be explored. I think absolutely, there is no doubt in my mind — whether or not they're friendly or already here — I think there's a lot left to explore," he said. On the bright side, it doesn't sound like the process of shooting the film left him too stressed out about the possibility of the earth being destroyed by aliens. At SXSW, the actor said he was "laughing all the time" on set with Ryan Reynolds. Ryan, meanwhile, has said while promoting the film that he and Jake are "hanging out all the time," since they live near each other. It sounds like Blake Lively is involved in at least the occasional hang, too. "My wife is very good at cooking, and Jake might just be a little bit better," Ryan said on "Good Morning America." "He can throw down," Ryan added. "It gets very competitive."

A year after his death, Muhammad Ali's friends, fans and loved ones are still working to find a cure to Parkinson's Disease. On Saturday, March 18, stars including Harrison Ford, Reba McEntire, Michael Phelps and Dennis Quaid teamed up to raise money for the Muhammad Ali Parkinson Center with the annual event, Celebrity Fight Night. A silent auction teased prizes like a private dinner with John Travolta and Kelly Preston at Sharon Stone's home and a chance to join Harrison at the premiere of "Blade Runner 2049," according to E! News. "Seeing what he went through, the way he conducted himself, the hard choices that he made was inspiring to me," said Harrison, who accepted an award for espousing the boxing legend's values in his search for a cure. "I'm grateful for his wisdom."

Charlie Sheen's ex-wife, Brooke Mueller, no longer faces a misdemeanor reckless driving charge or a citation for driving without a Utah driver's license thanks to a plea deal. Instead, she pled guilty to "attempted failure to stop at police command," a misdemeanor, according to the New York Post. The charge stems from January, when Brooke drove for six miles after being told to pull over in Utah for speeding. She reportedly said she had not seen the officer who stopped her.

A security guard who was tasked with watching Kendall Jenner's home the night she was robbed is out of a job. Us Weekly reports the model fired the person who was guarding her house when she stepped out after hosting a party on Wednesday, March 15. In her absence, which lasted about an hour, someone took approximately $200,000 worth of jewelry from Kendall's room. After viewing security footage, police determined no one had broken into the property, suggesting the robber may have been someone Kendall knows.

Josh and Anna Duggar announce baby No. 5 is on the way

Another day, another Duggar. Josh and Anna Duggar announced last week they're expecting their fifth child two years after Josh went to rehab for sex addiction following revelations he'd "inappropriately touched" five girls when he was a teenager and that he was addicted to pornography and had cheated on Anna. "For nearly the last two years, we have quietly worked to save our marriage, focus on our children, and rebuild our lives together as a family. Doing so is never easy after a breach of trust," they said in a statement on social media (via GossipCop). "We've learned that a life of faith and rebuilding a life together is simply done one day at a time. As we continue our journey as a family and rebuild our lives, we are delighted to share with you that we are expecting a new baby boy later this year. Beauty comes from ashes and we cannot wait to see and kiss the face of this sweet new boy!" 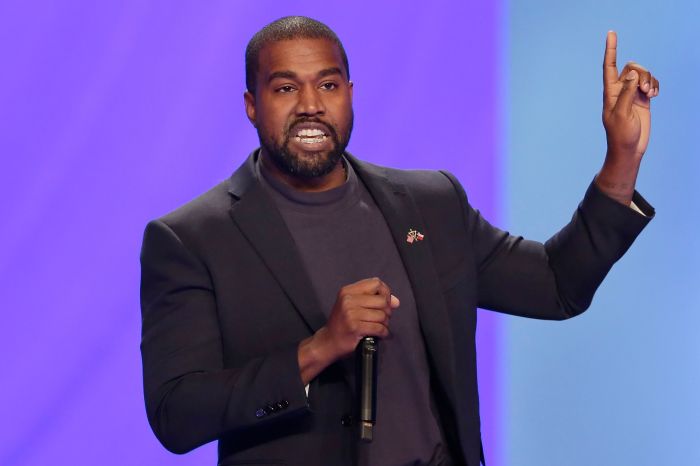 Up Next Parody or Reality?