Today marks the official transition of power. Now that Donald Trump has been sworn in as the 45th President of the United States, let's take a look at what celebrities are saying on social media.Keep reading for your favorite star's reactions … "January 20th 2017, will be remembered as the day the people became the rulers of this nation again." –Donald Trump

"I'm here today to honor our democracy & its enduring values. I will never stop believing in our country & its future. #Inauguration" –Hillary Clinton

"It's been the honor of my life to serve you. You made me a better leader and a better man." –President Barack Obama

"First time a president talked about redistribution of wealth and the american workers. Amazing that this comes from a Republican-new vision!" –Roseanne Barr

"Stop telling me to 'get over it.' Get UNDER it. He works for US. The democratic process is constant. Stay informed, stay engaged, speak up.""–Olivia Wilde

"I look forward to the new President setting a great example from today on!" —Andy Cohen

"I'm hopeful that for just a few minutes on social media & in our real life discourse, we might all be kind & might listen. #InaugurationDay" –Maria Shriver

"The last 2 inaugurations were very crowded. This one is so… roomy." —John Legend

"I'm trying to be a respectful diligent American rt now but as I start to watch this inauguration- Regression is the word that comes to mind." —Zoe Saldana

"Here we go with the changing of the guard…. praying for a successful few years of moving our nation forward! 🇺🇸🙏🏻" –Melissa Joan Hart

"Going to be quite a shock to all the 'Hillary won the popular vote!' brigade when she isn't sworn in. #TrumpInauguration" –Piers Morgan

"Melania looks about as nervous as I am right now." –Mayim Bialik

"It's a great day to watch infomercials!" –Kat Dennings

"I am so genuinely grateful that the TV in my trailer is broken today and my wifi doesn't have the signal to stream. #gooddayforbadtech," –Josh Gad

"I made a appointment at the DMV this morning. That's where I'll be. The DMV. #AlreadyGreat." —Elizabeth Banks

"Hey gang…just got back from Mars… anything happening I should know about?" –Will Arnett

"What do you think Trump will say about the number of people attending the inauguration?" –Trevor Noah

"My president is black…feels good to say. Thank you for all you've done and all you represent." —Zendaya

"Our response to Mr. Trump's inauguration has to be to fight back for economic, social, environmental & racial justice. We're not giving up!" –Bernie Sanders

"Observe good faith and justice toward all nations. Cultivate peace and harmony with all." George Washington #QuoteOfTheDay" –Jill Zarin

"Am praying for America & new administration to act only out of empathy & compassion. 🙏 We need words of hope, President Trump. #Inauguration" —Sheryl Crow

"We are ready. Proud to be an American! #Trump #Inauguration" –Scott Baio

"Everyone needs to register to vote for the midterms and their primaries. That is how this ends." –Judd Apatow

"Inauguration Day! Nice to be a part of a great American process. 🇺🇸🇺🇸🇺🇸" –John Rich

"Welcome to the age of plunder, bluster, and empty rhetoric. In other words, to the Age of Dumb. If you voted for him, you're responsible." –Stephen King

"I gave a better speech about nighttime teeth brushing to my toddler last night. Should've recorded it." —Jason Biggs

"I'm boycotting my TV not even watching for the inauguration for the 1st time in my life!" –John Leguizamo

"For anyone who thought this inauguration speech would usher in a new type of man… have a nice Friday," –Albert Brooks

"One time, I won this @nbc TV reality show, and then … the host became the most powerful man of earth!" –Arsenio Hall

"His tie is too long. So there." –Scott Foley

"I'm watching (w/ sound off) cos Im trying to hold what devastates me w/ calm and the strength of an open heart. It's raining here in LA 😓" –Sandra Oh

"All of the jokes/parody/comedy aside, let's stop for a moment to take a full account of where we are. This country is lost. It's in trouble." —Alec Baldwin

"It is the first responsibility of EVERY citizen to question authority-Benjamin Franklin 🇺🇸✊🏼❤️.… " –Christie Brinkley

"In these times, unite in kindness, deeper understanding, compassion, love, and knowledge. Make sure the truth keeps its meaning." —Ellie Goulding

"Once or twice in every generation a line is crossed so egregiously that where you stood on the issue will forever define you. -Kara Vallow" —Chelsea Handler

"@realDonaldTrump Americans are all colors, faiths, cultures & genders. We have voices. We refuse fear. We believe in the Dream. #WeAreHere." —Alicia Keys

"It had to happen. I do believe that Trump was elected for a reason." —Madonna

"The peaceful transfer of power is a thing of beauty. One moment Barack Obama is leader of the Free World. A moment later it's Angela Merkel." –George Takei

"Today I joined millions of Americans in taking an Oath to protect, preserve and defend the constitution. Join me. Learn more at TheOath.US" –Debra Messing

"For the first time I will not be watching or listening to anything "inauguration." –Judy Blume

"This feels like OUR Suffragette moment. Except this time it's not for the vote, it's for our collective lives. Queens, march with me x T 🙏🏾" –Thandie Newton

"Because we appear to be living in an alternative reality where dreadful things you thought were impossible can happen. #Inauguration" –J.K. Rowling

"Donald Trump's inauguration is expected to be the most costly in US history. And that's not even factoring in the money." –Conan O'Brien 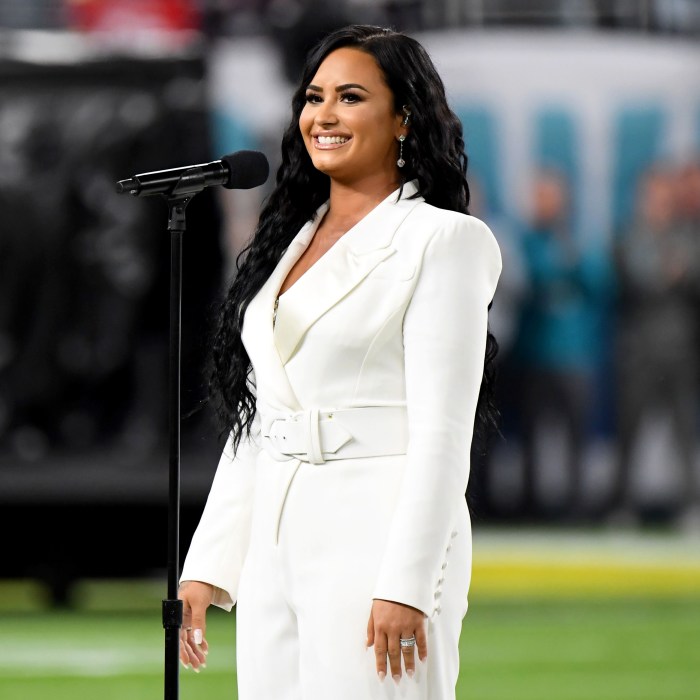 Up Next 'Miracle Day'