Sofia Vergara is throwing it back to her bikini model days. The "Modern Family" star posted a stunning old photo on Instagram late on April 11 of herself on a beach, looking tan, blonde and fresh from the sea. "#miami," she wrote, adding the photo had been taken in the 90s. The photo impressed her celebrity friends, with both Paris Hilton and Elizabeth Hammer commenting on the photo with fire emojis to indicate how hot Vergara looked.

Vicki Gunvalson has filed a lawsuit against her ex-boyfriend Brooks Ayers, regarding money she loaned him during their relationship. According to court documents obtained by Us Weekly, the "Real Housewives of Orange County" star filed papers last month in Nevada accusing her former beau of breaching written and verbal agreement, fraud, and misrepresentation, among other claims. The allegations are a result of a 2011 loan that the 57-year-old gave Ayers for $184,899. She also says she loaned him an additional $81,652.97 for attorney fees. He has since failed to provide her with a statement of his income, which he had agreed to do in 2016. She further accused him of having no intention to promptly repay the loans. The Bravo star, who dated Ayers for nearly five years, split with Ayers in August 2015. She is now seeking payment, attorney's fees, interest and damages.

RELATED: Former Real Housewives stars – Where are they now?

Ray J's beloved dog Boogotti has been kidnapped. Last week the rapper's wife, Princess Love, announced that their 3-year-old Matese had gone missing, but on April 11 the 38-year-old told TMZ that the dog had actually been taken. "I got some new information on my dog," Ray told the outlet. "My dog was lost, but now somebody has taken my dog and put him in a car and drove off." He claimed that the dog was taken by a young, white male who was driving a Dodge Charger. "If that kid is listening please be a hero and bring my dog," Ray J pleaded. "If anybody knows about pets, it's just like having a kid. It's a part of the family and we're just really worried about him… he's out in the streets by himself." Ray J and Princess are offering a $20,000 reward for Boogotti's safe return.

Kris Jenner is sitting down for a new interview with "CBS Sunday Morning" on April 14 and getting real about her daughter's social media opportunities. "My daughters are constantly getting offers to post something for a company, or a brand, on social media. So they're – they have a fee for a post, or a fee for a story, a fee for Facebook, a fee for – you know – they have a fee schedule," she said. "I mean, it's definitely six figures. And sometimes, if it's Kim [Kardashian], or if it's Kylie [Jenner], it depends on what it really is," she added. She also interestingly added — in light of Khloe Kardashian's recent tummy tea scandal — that when it's a pharmaceutical product or something you ingest or put on your body, the price goes up.

Wendy Williams is looking for a new home

Wendy Williams is looking for a fresh start after filing from divorce from husband Kevin Hunter. According to TMZ, the talk show host is looking for a new place in Manhattan and believes it will help realize the reality of her separation from Hunter, who had been plagued with cheating rumors. Currently, Williams is staying in a local sober house, receiving constant care for her addiction issues. Once she finishes treatment, she will settle into her new digs.

If you imagined Kim Kardashian was on Instagram all day long, think again. The "Keeping Up With the Kardashians" star and mom of three participated in Vogue magazine's "73 Questions" feature where she said that she spends less than an hour each day on the social media platform. "Like 30 minutes," the entrepreneur, who has 134 million followers on the platform estimated. However, if she wanted to she certainly could spend the whole day on it. "There's too many DMs, I can't even get started," she admitted.

Two years after a car accident on Los Angeles' Sunset Blvd, Sean Penn is being sued by the alleged victim. It is not clear if Penn was the owner of the car or actually driving the vehicle, but he and his production company are named as defendants. The female victim is seeking a lump sum of $25,000 according to The Blast, who obtained the court documents, claiming that she suffered from lost wages, medical expenses, loss of earning capacity and property damage.

In anticipation of the first weekend of this year's Coachella music festival, Justin Bieber is throwing is back to 2015, the year he attended the event with Kendall Jenner. "Coachella better be this good this year," he captioned the photo of the two of them the year they were rumored to be dating. Ironically, Jenner spent much of that weekend hanging out with Bieber's now wife, Hailey Bieber (then Baldwin). She even commented on the throwback, writing, "this pic gets me every time."

No hard feelings here! Scott Disick proved he is still fully bonded to the mother of his three children, Kourtney Kardashian, as he wished her a happy birthday ahead of her 40th. "Happy birthday, Mom! Happy 40th," Disick, 35, said in a video released by E! News on April 11. "We wish you another happy 40 to come. Keep up the good work, and you look very young, [Penelope] says." Their six-year-old daughter then chimed in, "You look like a 1-year-old." Disick then sat with their 9-year-old, Mason, and continued with, "We love you so much. We appreciate everything you do and do for us. You are a wonderful, wonderful mom." The video also included cameos from Kim Kardashian West and Khloe Kardashian, who notably said, "I hope you drink tequila until you vomit all over yourself and sleep in it because you actually have done that a couple of times."

Just days after revealing that she suffered a miscarriage, Hilaria Baldwin has posted on Instagram that she is maintaining "perspective." Baldwin, who shares four children with husband Alec Baldwin, shared a photo of her in a bathing suit, sitting in the pool with her son Rafa, noting that she was 5-6 months pregnant with her son Leonardo at the time. "In coping with loss or a difficult time, it is important to be present for your emotions and process, but also keep an eye on perspective and joyful moments," the yoga instructor wrote. "When I get sad, I like to remind myself that sadness passes like a season. I like to look at my blessings, my happiness, and always remembering that I have so many more good times to look forward to. It is a balance of sitting with grief, as we don't want to shove it away and not address it…but also not let it cloud how wonderful life is. If you feel cloudy and down, reach out…our communities can remind us that there is sunshine too" 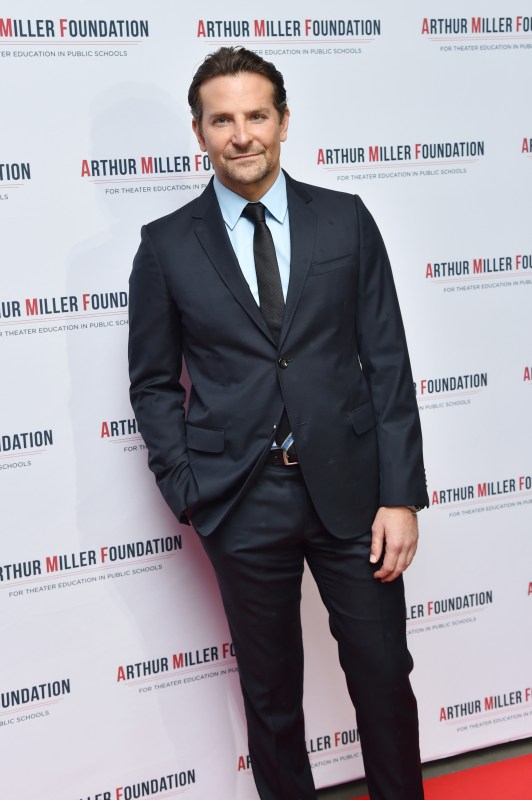 Up Next Subway Scare