Star Wars: The Last Jedi will win the last weekend box office of the year and finish 2017 as the year's highest-grossing film. Get the details, and check out the estimated totals for all of the Top 10 movies below! 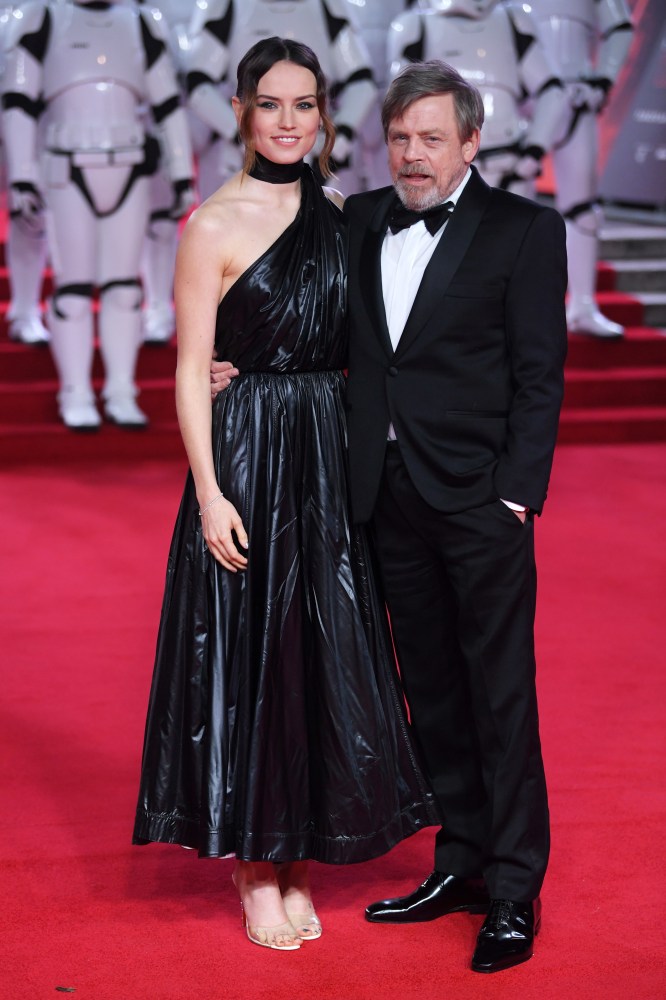 As Gossip Cop has reported, The Last Jedi is the latest installment in the Star Wars franchise. It is the sequel to 2015's The Force Awakens, but follows the 2016 release of the standalone prequel Rogue One. Next up, due to hit theaters in May, is Solo: A Star Wars Story, another prequel. Then the chronological narrative is expected to resume in 2019 with the currently untitled Episode IX.

For now, it's still all about The Last Jedi, which has dominated the box office in the final weeks of 2017. It should take in around $55 million in this final frame of the year, which will power it past Beauty And The Beast as the highest-earning movie of the last 12 months. Going into the history books as the other top grossers of 2017 will be Wonder Woman, Guardians Of The Galaxy and Spider-Man: Homecoming. All but Beauty And The Beast are confirmed for sequels, and they'll likely reign supreme at the box office again.

As for this year-ending weekend, following the first-place Jedi, Jumanji is hanging on to the number two spot with roughly $51.4 million. That will be more than enough for the adventure flick to cross the $100-million mark and nearly hit $200 million in just two weekends, an achievement that was no doubt aided by the holiday period. Pitch Perfect 3 may follow in third place with approximately $18.2 million. Ticket sales of $15.4 million would put a fellow music-driven offering, The Greatest Showman, in the fourth position.

Ranking fifth, with receipts totaling $12.1 million, is likely to be Ferdinand. Coco is eyeing $7.6 million to nab sixth place, while Darkest Hour is looking at $5.5 million to land in seventh. Potentially rounding out the Top 10 are All The Money In The World ($5.1 million), Downsizing ($4.6 million) and The Shape Of Water ($3.6 million). All figures are currently estimates and Gossip Cop will have updates. Happy New Year!