We only wish we could look as good as these celebs when we hit the big 4-0! Wonderwall.com has compiled a list of all the stars who were born in 1980… starting with this beloved actress… From "Veronica Mars" to the "Frozen" franchise to "The Good Place," Kristen Bell has solidified her place as a top Hollywood talent. The singer-actress celebrates her 40th birthday on July 18. The "Forgetting Sarah Marshall" star will once again serve as the narrator when HBO Max reboots "Gossip Girl." Keep reading for more stars born in 1980…

This one makes us so nostalgic! Singer and "Newlyweds" star-turned-business mogul Jessica Simpson — who released the bestselling memoir "Open Book" in 2020 — celebrated her 40th birthday on July 10.

Style icon, beauty mogul, philanthropist and lawyer-to-be Kim Kardashian West is another big name who's turning 40 this year. The reality TV star marks the milestone on Oct. 21. In 2019, Kim appeared on the talk show "The Real," where she discussed husband Kanye West's "new spiritual path" and how she's considering whether or not 40 will be the age she tones down her sexy looks. "I'm always going to be me," she shared. "We were having this conversation of just, what is too much? And I am a mother of four and I am turning 40 next year. When is it time to stop?"

Clear eyes, full hearts, can't lose! We need a moment as we reminisce about the exceptional show that was "Friday Night Lights." Minka Kelly — who played good girl Lyla Garrity on the NBC series — celebrated her 40th birthday on June 24.

He's not throwing away his shot! Lin-Manuel Miranda, the creative mind behind the hit Broadway musical "Hamilton," turned 40 on Jan. 16. The film adaptation of his other big musical, "In the Heights," will hit theaters in the summer of 2021.

The keeper of our hearts, Ryan Gosling, has charmed us from "The All New Mickey Mouse Club" to "La La Land." The "Drive" actor and father of two turns 40 on Nov. 12.

"500 Days of Summer" and "New Girl" star Zooey Deschanel turned the big 4-0 on Jan. 17! The actress celebrated with an '80s-themed costume party at a Los Angeles nightclub alongside her parents, actress sister Emily Deschanel, boyfriend Jonathan Scott and the "Property Brothers" star's entire family — who all dressed up like aerobics instructors!

"The Office" star Ellie Kemper — whose interactive special "Unbreakable Kimmy Schmidt: Kimmy vs. the Reverend" debuted on Netflix in May to much buzz — celebrated her 40th on May 2. Ellie will next appear in the comedy film "The Stand-In."

Has it really been that long since we fell for Channing Tatum in 2005's "Coach Carter"? From "She's the Man" to "Step Up," Channing has been on our radar for 15 years now. The Alabama-born actor-dancer and dad of one's 40th birthday was on April 26.

Actress-dancer Jenna Dewan turns 40 on Dec. 3. The "Step Up" alum — who welcomed her second child (and first with boyfriend Steve Kazee) in March 2020 — started off 2020 as the host of the quirky dance-dating reality TV series "Flirty Dancing."

On April 30, Sam Heughan — the Scottish actor who's brought handsome and brave Highlander Jamie Fraser to life on the hit Starz series since 2014 — turned the big 4-0. "40!?? I feel so fortunate and lucky. Been doing a lot of reflecting…" he wrote on social media. "Sending much love to you all and 40 birthday burpees (plus a wee dram)x."

Australia-born comedic actress Rebel Wilson — who charmed her way into the hearts of audiences with her breakout role in Judd Apatow's "Bridesmaids" — celebrated her 40th birthday on March 2. She took to Instagram to reveal the very special way she celebrated: with a dinner at the exclusive 21 Royal and a sleepover with friends at Disneyland!

Another former Mouseketeer who's turning 40 this year? Christina Aguilera, who hits the big 4-0 on Dec. 18. The mother of two's "The Xperience" concert residency in Las Vegas wrapped in early 2020.

This year, Chris Pine — who turns 40 on Aug. 26 — is reprising his role as Steve Trevor in the Patty Jenkins-directed sequel "Wonder Woman 1984" and is starring in the Tarik Saleh action film "Violence of Action."

Michelle Williams has had a pretty successful 2020 already: She earned a Golden Globe for her work in "Fosse/Verdon" and two weeks later, she won a SAG Award for the same performance. The actress then married director Thomas Kail in the spring and by summer, she'd given birth to their baby. The actress, who turns 40 on Sept. 9, next stars in "Venom: Let There Be Carnage," which is set to hit theaters on June 25, 2021.

Having previously acted on shows like "Freaks and Geeks" and "How I Met Your Mother," Jason Segel has crafted an impressive list of credits over the years. The "Forgetting Sarah Marshall" writer-actor — who turned 40 on Jan. 18 — is now the creator and executive producer of the AMC series "Dispatches from Elsewhere," which debuted on March 1.

Macaulay Culkin captured our hearts when he played crafty kid Kevin McCallister in "Home Alone" back in 1990. The onetime child star is now all grown up and turning 40 on Aug. 26. In 2020, he's joining the 10th season of "American Horror Story."

"Dancing With the Stars" alum Maksim Chmerkovskiy turned 40 on Jan. 17!

Backstreet Boys singer Nick Carter turned 40 on Jan. 28. The pop star, who became a dad for the second time in 2019, heads back on tour with his music group in 2021.

You know and love her from series like "The Newsroom" and "The Rook." Actress Olivia Munn — who recently starred in "Love, Wedding, Repeat" — turned 40 on July 3. She also has two films on the way with "The Gateway" and "Violet."

Actor Zachary Levi celebrates his 40th birthday on Sept. 29. The "Chuck" and "The Marvelous Mrs. Maisel" alum will next appear in the drama "Prisoner 760" before making a "Shazam!" sequel.

"Sons of Anarchy" alum Charlie Hunnam turned 40 on April 10. In an interview with HELLO! Canada in 2019, the actor spoke about how positive he felt about the milestone. "I felt way behind where I wanted to be and should have been at 35, but I've had some really transitional experiences and done a lot of work on myself in the last few years, and I really feel very chill about turning 40," he shared. "I feel honestly feel like I like myself and I'm happy with my life. I've got no complaints — I've got really good friends and a lovely partner and, you know, life's good!" Next up, the English actor will appear in the film "Last Looks."

Edgy actress Christina Ricci celebrated her 40th birthday on Feb. 12. She has enjoyed an impressive career marked by Golden Globe, Emmy and Screen Actors Guild Award nominations. The "Sleepy Hollow" alum will next appear in several 2020 projects including the Showtime survival-horror series "Yellowjackets."

Eliza Dushku, who's appeared in everything from "Buffy the Vampire Slayer" and "Angel" to "True Lies" and "Bring It On," leaves her 30s behind on Dec. 30. Though she still occasionally acts, she now lives in Boston — where she's been studying holistic psychology at Lesley University — with her husband and son Bourne, who arrived in 2019.

On Oct. 29, Ben Foster joins wife Laura Prepon as a member of club 40.

Another "That '70s Show" star who turned 40 this year? Wilmer Valderrama, who hit the milestone age on Jan. 30, just one month after he got engaged to love Amanda Pacheco.

Corey Gamble, who's been dating "Keeping Up With the Kardashians" star and momager Kris Jenner since 2014 — turns 40 on Nov. 10. That's five days after his girlfriend turns 65.

Rapper Remy Ma, who rose to fame as a member of Fat Joe's "Terror Squad," celebrated her 40th birthday on May 30.

Excuse us while we sing the entire "Boy Meets World" theme song by heart! Former child actor Ben Savage — who reprised his role as Cory from the beloved '90s sitcom on "Girl Meets World," which ran from 2014 to 2017 — hits 40 on Sept. 13.

"Fantastic Beasts and Where to Find Them" franchise star Katherine Waterston turned 40 on March 3.

T.I. turns the big 4-0 on Sept. 25! The "Live Your Life" rapper is set to star in "Monster Hunter," a fantasy-action film written and directed by Paul W.S. Anderson that's scheduled to hit theaters on Sept. 4.

Father of three Nick Cannon is 40 on Oct. 8. The comedian and "Wild 'N Out" star, who also hosts "The Masked Singer," is set to debut his own daytime talk show in 2020.

"What's Luv" got to do with turning 40? Singer-songwriter Ashanti marks the milestone birthday on Oct. 13.

Ben Whishaw, who won an Emmy and a Golden Globe in 2019 for his performance in "A Very English Scandal," turns 40 on Oct. 14. This year, he's reprising his role as Q in the next James Bond film, "No Time to Die," which is slated to hit theaters on Nov. 25.

Radio personality Bobby Bones — who took home the Mirrorball Trophy on season 27 of "Dancing With the Stars" — turned 40 on April 2.

On Dec. 9, "The Big Bang Theory" alum Simon Helberg will blow out 40 candles on his birthday cake.

Things could get scary when "American Pie" actor Eddie Kaye Thomas turns 40 in 2020: He was born on Oct. 31 — Halloween!

"Malcolm in the Middle" alum Christopher Masterson celebrated his 40th birthday on Jan. 22.

If we could walk "A Thousand Miles" to see Vanessa Carlton in concert again… we would! She turns 40 on Aug. 16.

"Whatever It Takes" actress Marla Sokoloff turns the big 4-0 on Dec. 19.

We love his collections! Designer Zac Posen will celebrate his 40th birthday on Oct. 24.

When My Chemical Romance reunited in late 2019, we couldn't help but get ridiculously excited! The band's bassist, Mikey Way, turns 40 on Sept. 10.

Singer-songwriter Josh Kelley — who's been married to Katherine Heigl since 2007 — celebrated his 40th birthday on Jan. 30.

Rapper Gucci Mane, who rose to prominence with tracks like "Wasted" and "Beat It Up" more than a decade ago, turned 40 on Feb. 12.

"True Blood" alum Janina Gavankar — who's also a longtime friend of Meghan Markle — will celebrate her 40th birthday on Nov. 29.

Emmy-winning "Nurse Jackie" alum Merritt Wever will blow out 40 candles on her birthday cake on Aug. 11.

Welsh singer Katherine Jenkins, who came in second on season 14 of "Dancing With the Stars," turned 40 on June 29. 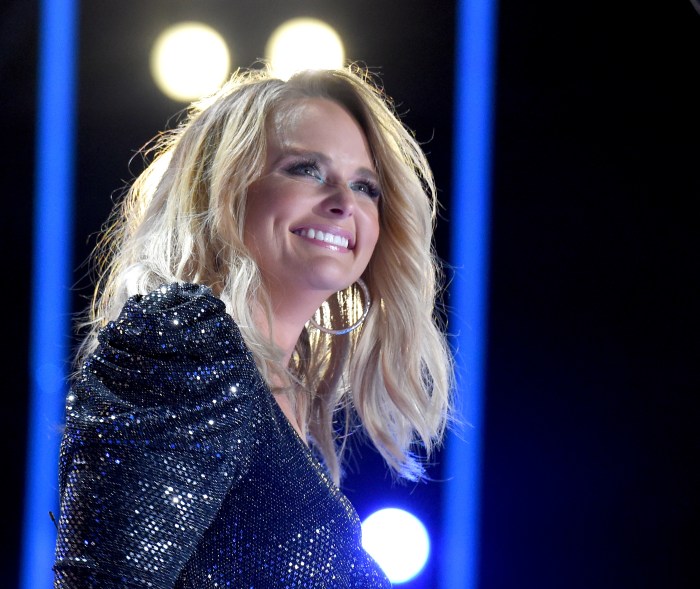 Up Next Podcast Plans