There are countless lotions, potions and camera tricks to help Hollywood stars look their best. But not every celebrity has a personal spigot connected to the fountain of youth — and some stars wear the results of their hard-partying antics more than others. To mark Adele's 29th birthday on May 5, 2017, Wonderwall.com is taking a look at some of the stars you might not believe are actually the same age! Read on for more…

Though Adele and Emma Stone are both accomplished beyond their years, it's still crazy to us that both were born in 1988!

Is it hot in here or is it just us? German-Irish actor Michael Fassbender and English actor Orlando Bloom were both born in the late '70s — but they don't look a day over 35.

"The Hunger Games" lead Jennifer Lawrence and "Modern Family" actress Sarah Hyland are both '90s babies. Maybe it's because Sarah plays a teenager on "Modern Family," but we always thought she was younger!

Oscar winner Kate Winslet is one of the classiest leading ladies in Hollywood, while Tara Reid is, well, Tara Reid. The "American Pie" star is only a month younger than the British actress, but her penchant for hard partying, heavy makeup and club-ready fashion certainly makes it seems like there would be an age gap between these two.

Ryan Reynolds is one beautiful man! Blake Shelton is pretty sexy too, but unlike the well-manscaped actor, he wears his ruggedness with pride — gray hair and all!

Apparently, No Doubt frontwoman Gwen Stefani is one of those stars with a personal spigot connected to the fountain of youth. Catherine Zeta-Jones is still one of the most beautiful women on the planet, but Gwen looks like she hasn't aged since the '90s.

Yikes! Courtney Stodden could be fresh-faced Dakota Fanning's mom — or at least her crazy aunt. But the teen bride-turned-reality star is actually six months younger than the "Twilight" actress.

Maybe it's just that Macaulay Culkin will always be the little kid from "Home Alone" to us — or that he still grows peach fuzz instead of a full beard — but we can hardly believe the former child star is four months older than Jake Gyllenhaal.

Don't get us wrong: Sofia Vergara is stunning, but we can never wrap our heads around the fact that Gabrielle Union is in her 40s. Seriously, she looks 28!

These lovely actresses have plenty in common: They're both married to actors; they both have two children; and they both were born in 1974. And here we thought the "How I Met Your Mother" alum was still in her early 30s!

Wait, John Cho is in his 40s? Wow! He's only a month younger than Dwayne Johnson, but the "Harold & Kumar" star looks like he's half The Rock's age, doncha think?

Good hair and makeup make all the difference! Stacy Keibler's natural look is just right for a woman her age, but Coco Austin looks a decade older thanks to her heavy makeup and platinum-blonde locks. It's like she's trying too hard to look young. Can you believe she's only seven months older than George Clooney's ex?

Scarlett Johansson has been portraying characters older than her real age since she was a teenager — and Avril Lavigne, well, she's still singing about Hello Kitty. So maybe that's why we were shocked to learn that the Oscar nominee is actually two months younger than the pop star.

For two dudes who have both been accused of being immortal, it's pretty crazy that Nicolas Cage looks so much older than Keanu Reeves.

Blonde bombshell Kate Upton found fame flaunting her famous figure for Sports Illustrated's Swimsuit Issue in 2011. Imagine our surprise when we realized she was just 18 at the time! Selena Gomez, who's only a month younger, was still working for Disney at that age.

Nicole "Snooki" Polizzi will always be 21 in our hearts and minds thanks to her stint on "Jersey Shore." Even now that the hot mama has started acting her age, we're struggling to accept that she's only three months younger than "Gossip Girl" alum Blake Lively, whose maturity makes her seem years older.

We'd still buy that baby-faced "Glee" star Chris Colfer is a high school student. But with his chiseled jawline and 5 o'clock shadow, Alex Pettyfer could pass for a full decade older. (He's actually only a month older than Chris!)

When did Selma Blair grow up? It's hard to believe the "Cruel Intentions" star is already technically middle-aged. She looks years younger than Carmen Electra, who is only two months older.

With Lady Gaga's cultivated look and Lea Michele's angelic exterior, it's hard to believe these two singers are the same age! 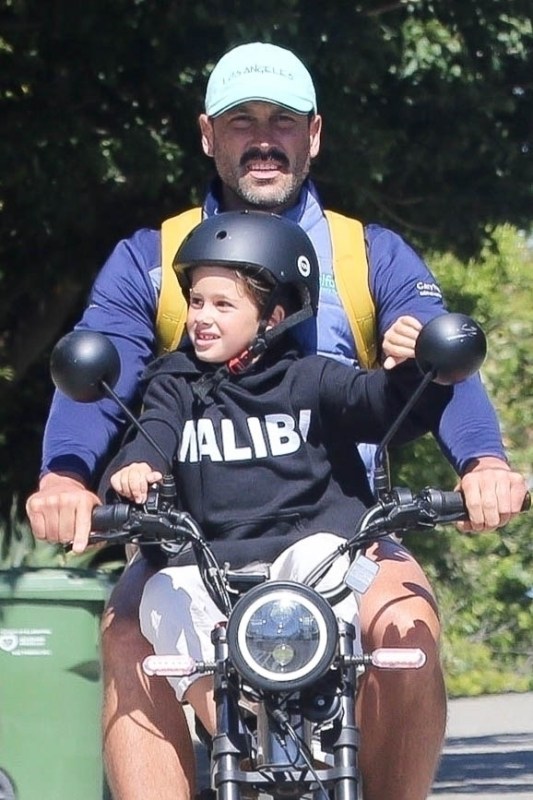