Neither Kansas City, Missouri, nor Tampa Bay, Florida, are anywhere near Hollywood, but that doesn't mean the two teams competing in Super Bowl LV are lacking support from serious big-screen names. Actor Paul Rudd, for instance, is a huge Kansas City Chiefs fan — as is his look-alike son, Jack Rudd. Although Paul was born in New Jersey, he grew up primarily in the Kansas City metropolitan area. He's often seen wearing clothing supportive of the both the Chiefs and the Kansas City Royals MLB team. In 2007, he narrated HBO's "Hard Knocks," which documented the Chiefs' training camp. Along with some other famous Chiefs fans — more on them in a minute — Paul hosts the annual Big Slick charity event that benefits Children's Mercy hospitals in Missouri and Kansas. Keep reading to see other celebrity fans of the Kansas City Chiefs and Tampa Bay Buccaneers…

Brad Pitt roots for the Kansas City Chiefs. The Oscar-winning actor went to high school and college in Missouri. In fact, he briefly sported a Chiefs hat on the red carpet at the SAG Awards in January 2020 after a fan threw it to him.

Gisele Bundchen's husband is Tom Brady. Tom Brady, the greatest of all time, plays quarterback for the Buccaneers. The supermodel will be cheering for the Buccaneers. 'Nuff said. Before the NFC championship game on Jan. 24, 2021, Gisele posted an Instagram photo featuring herself and their children, all of them in No. 12 Bucs jerseys. "We are already cheering here papai! We love you! Let's go @tombrady !! Let's go Bucs!!!" she captioned the shot.

Hulk Hogan has been pictured at Tampa Bay Buccaneers games and practices over the years. After the Bucs won the NFC championship game on Jan. 24, 2021, the Hulkster tweeted, "Special shout out to the G.O.A.T. @TomBrady, thanks for bringing it home! You are now also a S.O.G. South of Gandy, a real Port Tampa boy!!! Brother!!! #tampabaybuccaneers."

When he's dressed down, Jason Sudeikis is commonly seen wearing a hat with the letters KC… Yeah, that stands for Kansas City. "I hold this city in high regard," he said on Flatland. The "Saturday Night Live" alum, who was raised in Kansas City, is also one of the hosts of the annual Big Slick charity event that benefits Children's Mercy hospitals in Missouri and Kansas.

Nick Carter is no bandwagon fan of the Tampa Bay Buccaneers — the man has a tattoo of the Bucs' pirate ship on his shoulder. The Backstreet Boys singer has even showcased his vast array of Bucs jerseys on social media.

"Modern Family" star Eric Stonestreet was born and raised in the shadow of Arrowhead Stadium, where the Kansas City Chiefs play. He often appears on football shows talking about his beloved Chiefs. In 2020, he attended Super Bowl LIV in Miami and got emotional before and after the game (which the Chiefs won). "We've waiting a long time for this," he said in a video from the field. "This is a huge day for Kansas City."

John Cena, a Boston native, seemed to switch his allegiances when he moved to Florida's west coast. Lucky for him, Tom Brady traded New England for the warmer weather too. "Tom Brady and I pretty much lead parallel lives at this point," he told Fansided in 2020. "I moved down to Tampa in 2004, but I've loved the Patriots since they started winning. I really enjoy teams that win, and it's obvious that Tom Brady came down here just so he could be closer to Tampa, I mean, just so he could be closer to the Super Bowl." (Editors note: The 2021 Super Bowl is taking place in Tampa.) He added, "He's brought that winning mystique to Tampa Bay, and me being a resident of Tampa Bay, it kind of works great for me. I really enjoyed how the Patriots handled their organization and how they went about their business, but I think a lot of that is a testament to Tom Brady."

Henry Cavill is from across the pond, but he's adopted the Kansas City Chiefs as his football team. "Spending a lot of time in America, learning to enjoy football, I realized I had to choose a team," the British "Man of Steel" star said on "The Rich Eisen Show" in 2018. "I was trying to think of something that would always stick. I figured Superman's from Kansas. I was playing Superman at the time. It just kind of made sense to me." It's not uncommon for him to refer to #ChiefsNation on social media. In 2020, before the Super Bowl (a game the Chiefs won), Henry said on Instagram, "Today is a day of days, my friends."

Sports Illustrated Swimsuit Issue cover model Camille Kostek has a vested interest in the Super Bowl: Her boyfriend, Rob Gronkowski, plays for the Tampa Bay Buccaneers. Since her beau came out of retirement to play with Tom Brady again, Camille has posted several Instagram photos in Bucs gear.

Rob Riggle is a huge sports fan and often appears on FOX's NFL pregame show. The comedian, who's a Kansas boy, is also a huge Kansas City Chiefs supporter. Just before kickoff of every home game at Arrowhead Stadium, a person is picked to lead the crowd in a "war chant," in which they bang on a drum. Rob was picked to do the honors in 2017 and was so into it that he broke the drum stick.

Actress Brittany Snow, a Tampa native, might live in Hollywood now, but she still shows allegiance to her hometown sports teams. In an interview with NOLA.com, she said she cheers for the Bucs and the Florida Gators.

Melissa Etheridge was born into the Chiefs Kingdom, as her father was a huge fan of the team. She carried on the family tradition and has performed "The Star-Spangled Banner" before Chiefs games in the past. In January 2021, she spoke to InKansasCity.com at length about her passion, admitting she's "very obsessed" with the team. During the interview, she was actually wearing two Chiefs shirts.

"Anchorman" star David Koechner has been a lifelong Kansas City Chiefs fan. He often posts about all things Kansas City on Twitter. In September 2020, he hawked Chiefs championship flags and donated the money to local Kansas City charities. He's also one of the hosts of the annual Big Slick charity event that benefits Children's Mercy hospitals in Missouri and Kansas. David once tweeted a video in which his friends talk about his Chiefs love. "So if you didn't get that, my favorite things are Chiefs, Chiefs, Chiefs, Archery, and then more Chiefs," he tweeted.

Bill Burr is an admittedly new Tampa Bay Buccaneers fan, and it's all because of Tom Brady, whom Bill loves. The comedian, a Boston native, said he will "absolutely" cheer for Bucs. On "Pardon My Take," Bill explained, "Listen, I'm not going to lie to you. It hurts like hell that he's gone, you know, but that happens in sports… I would never be upset and I would never root against that guy — unless the Patriots were playing the Buccaneers. I'm a Patriots fan first. But good for him. He delayed money so many times, making sure that we had a good team, and he took us to nine Super Bowls, winning six." Bill did say that he'll stop short of buying a jersey, though thinks that's more of age thing. "I'm too old to buy a jersey," he said.

Heidi Gardner of "Saturday Night Live" fame grew up in Kansas City proper. Although she lives in the Big Apple now, the comedy star threw a Chiefs-themed party when they went to the Super Bowl in 2020. She got emotional after her beloved team won that game. "Chiefs, you blew my mind. Thank you for such an amazing season and SuperBowl. I love you!!!" she wrote on Instagram. Of quarterback Patrick Mahomes, she said, "He's more than magic. He's a cut above and we are so lucky to have him. I'm so inspired by his leadership and the fact that he never gives up."

Rapper Tech Nine was born and raised in Kansas City and even has a Chiefs song.

This one might be obvious, but Emmy-nominated actor John Amos is a Kansas City Chiefs fan. He's also a former player for the Chiefs. Granted, "The Good Times" actor never got past training camp, but was still a player for a limited time.

As a teenager, comedic actor Eddie Griffin was choreographing Kansas City Chiefs halftime shows, according to his official bio. The Kansas City native was very upset when some fans booed Chiefs players for linking arms to protest police brutality in September 2020. 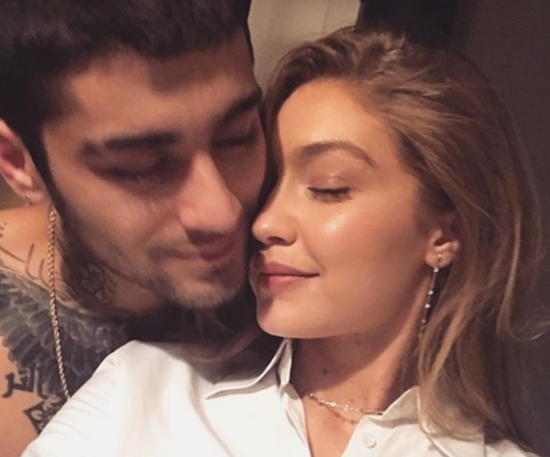 Up Next Happy Dad's Day!