Taylor Swift's been laying low in recent months but that will change in August. The Daily Mail reports Taylor will testify that former radio DJ David Mueller lifted her dress during a meet and greet and touched her in an inappropriate fashion at the Pepsi Center in Denver. Although Taylor did not file criminal charges against David after the incident, she and her mother did call the station to tell them what happened and ask that he be removed from his position. He was fired — and proceeded to sue her for libel, claiming it was his boss who did the groping, not him. That's when she countersued him. "Ms. Swift knows exactly who committed the assault – it was Mueller — and she is not confused in the slightest about whether her long-term business acquaintance, Mr. Haskell, was the culprit," Taylor's lawyers said in court documents. "Resolution of this Counterclaim will demonstrate that Mueller alone was the perpetrator of the humiliating and wrongful conduct targeted against Ms. Swift, and will serve as an example to other women who may resist publicly reliving similar outrageous and humiliating acts. The documents went on to say David "intentionally reached under her skirt, and groped with his hand an intimate part of her body in an inappropriate manner, against her will, and without her permission." The tiral begins in Denver Aug. 9.

Will allegations R. Kelly "brainwashed" women in a sex cult at his homes hurt — or help — his ticket sales? The "Trapped in the Closet" singer is about to find out. In a video on social media (via Rolling Stone) he assures fans reports he subjected at least five women to physical, verbal and sexual control, telling them when and how they could eat, sleep, dress and bathe is "a bunch of crap." "Despite all of the c— y'all hearing I will be coming to the East Coast to do my show," he says in the blurry clip. His three-night run begins Friday, July 28, in Virginia Beach, Virginia.

RELATED: Celebrities in trouble with the law

On Aug. 6, Kylie Jenner's fans will get a close-up look at the reality star and makeup maven courtesy of "Life of Kylie." According to E! News, Kylie hopes the series will help her get closer to find her voice and make a statement as an individual, rather than simply as a sibling in a group of reality TV sisters. "Kylie does not want to blow her chance to truly separate herself from her famous family," an insider tells Hollywood Life (via InTouch). "She sees her new show as her big opportunity to break away from her older sisters' shadows. Kylie loves her entire family dearly but also wants to make her own mark and brand." The 19-year-old also wants to ensure continuity with her brands by starring in the series. "Kylie loves that she found success in her own makeup line and hopes she can keep the momentum flowing with her new TV show," says the insider. "She does not want to ever be known as Kim Kardashian's little sister, she is Kylie Jenner and the boss of her own empire."

Selena Gomez: 'Fetish' video could have been more sexual

The fetishes Selena Gomez indulges in her new video for the song of the same name include sucking on broken glass, putting lipstick on her teeth and biting soap. But the strange aspects of the song could have been interpreted differently, which is part of the reason Selena wanted her friend Petra Collins to direct it. "If a guy shot 'Fetish,' I bet it would look way more sexual," she says in the new issue of Dazed magazine (via JustJared). "That's what I love about how you [Petra] captured my breakdown moments – it's shown to the viewer as creepy and I honestly think that there are some guys out there who would make those moments more sexy than it was or should be. I'm not saying I've ever done something similar to the kitchen scene in real life, but I can say right now, I do weird shit all the time when I'm alone in my house. It's how I express myself! Honestly, what you [Petra] do with women is so inspiring to me. Your pictures can be sexy, but you aren't sexualizing women. You capture the raw part of it all."

Bella Thorne: Scott Disick and I will be friends 'for a long time'

Nothing to see here, move along. That's the message Bella Thorne continues putting out about her relationship with Scott Disick, which made its way into the spotlight during the Cannes Film Festival when the pair were spotted getting cozy in a pool. Although they've been photographed looking like more than just friends since then, the actress assured Us Weekly on Wednesday, July 26, that she and Scott are simply pals. "We are [just friends]," she said. "I think we'll be friends for a long time, honestly." She added, "I do have someone that I am starting to see,"

Speaking of romance rumors gone south … this week, singer Madison Beer threw cold water on chatter suggesting she's dating Brooklyn Beckham. "I'm very much single, not ready to mingle. I'm very much focused right now on my career," she said in a new Build Series interview (via E! News). "I'm 18 just trying to navigate my life and I'm having fun and there's obviously boys I can crush on, but I'm very much single." She went to explain how frustrating all the interest in her personal life can be. "He's great, though, he's a cutie, literally one of my best friends. It's hard because now every time I'm seen with him people are like, 'Oh my god, they're boyfriend and girlfriend!' But we're seriously best friends," Madison continued. "We hang out almost every day with our whole group of friends in LA together and he's moving to New York soon, so we're just having fun right now and rumors are going to get started," she said. "Don't attack a girl because you see one photo of her and a guy in public. You have no idea what this person's doing behind closed doors," she shared. "I'm also very open with my fan base and we're all very close and I don't feel like I have to hide anything from them. And me and Brooklyn very easily could go through the back of place or we could do whatever, but I'm not sneaky and I don't lie."

Woops. Rick Ross has apologized for comments he made on the "Breakfast Club" radio show about why he hasn't signed women to Maybach Music. The G-rated nutshell? He said he was worried he'd end up sleeping with female rappers if he signed them and that could ruin the hip-hop game. On Thursday, July 27, he posted a long apology on Facebook. "I want to address an insensitive comment I made on a very sensitive issue, especially in a minority dominated industry like hip-hop," Rick wrote. "My entire empire's backbone is led by 2 of the strongest people I know and they happen to be women, my mother and sister. The operations wouldn't run without them and I have the highest regard and respect for women in this industry. I have a daughter myself, my most cherished gift in the world. My comment is not reflection of my beliefs on the issue. A mistake I regret. I hope to use my mistake, my platform and the community to create positive discussion to implement change on a very important issue. respect for the ones who stand up to say hey that isn't right. Now it's time to accept responsibility and all do better." He went on to say, "I look forward to continue working with & supporting female artists. My discovery process was documented by vh1 on #signed which premiered last night. Many of the most talented artists you'll see in the running to be the next #MMG superstars are female artists. I look forward to clarifying my comments through my support."

"Thanks to the Senators who voted to kill that stupid, heartless bill. Let's stay vigilant. It's not over." That's how John Legend reacted on social media to news John McCain joined his Senate peers Susan Collins and Lisa Murkowski in voting "no" on Mitch McConnell's proposal to repeal part of the Affordable Care Act this week (via JustJared). Other celebs chimed in, too. "GOD BLESS JOHN McCAIN," Cher tweeted in all caps. "SUSAN COLLINS ALASKA STRONG, LISA MURKOWSKI … OBAMACARE NEEDS CHANGING … NOW DEMS & GOP CAN WORK 2GETHER 2 FIX IT." Kristen Bell spoke out as well, tweeting, "Thank you. Thank you. Thank you. For not being careless and 'loyal'. For being prudent. And for fighting."

This spring, Drake's team asked the Los Angeles County District Attorney to go easy on a woman arrested for breaking into Drake's home to do little more than hang out and drink his Sprite. They may be reconsidering that request now. TMZ reports that this week, the same woman returned to Drake's pad, where she spit on three cops before police pepper sprayed her and took her into custody for trespassing and assaulting a police officer. Drake was not home during the incident.

It won't be easy but "Jersey Shore" alum the Situation hopes to surprise his college sweetheart-girlfriend Lauren Pesce with a ring soon. Asked to confirm buzz that the couple are trying to have a baby, Snooki and the gang's former roomie told InTouch "yes," adding that he also plans to pop the question — hopefully, without her seeing it coming. "Yes, me and my lady are in the next step of our personal life moving towards getting engaged in the next three months. I'm trying to keep it somewhat of surprise to her bc she's around me all the time but she understands the situation we're in," he said in a recent interview. "She is definitely going to be hard to surprise but like I said I think that I'll be able to keep certain details under wraps about what's really happening. He teased that the proposal could involve a serenade from someone famous. 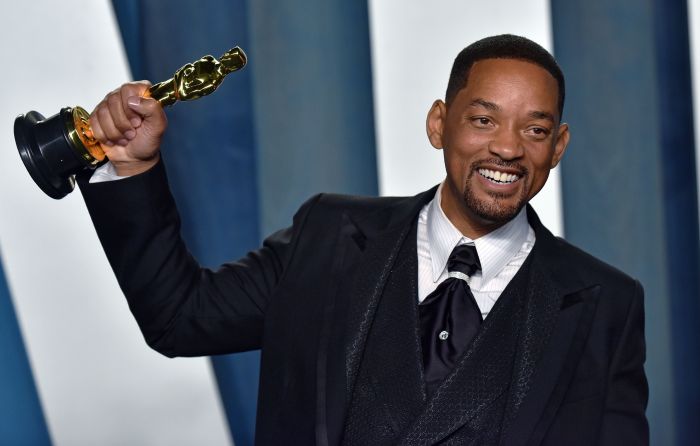