Seeing as the blood-and-guts-soaked wardrobe and minimal primping time for female characters in most horror films doesn't handily translate to, well, hotness, we're always extra impressed by the resiliently gorgeous sirens of the scary screen.

So which ladies can brandish the silliest of DIY weapons and still look fierce? In honor of the Wonderwall.com Stargazer Award winner at the Gen Art Film Festival, Rooney Mara, and her leading role in "A Nightmare on Elm Street" redux, we count down the hottest horror movie chicks of recent memory.

13. Naomi Watts
Famous Flick: "The Ring"
Scream-Inducing Assailant: A super-duper-scary video tape (go fig) and the surreal situations/nosebleeds that result from watching it
Hot Factor: A fixture of many creepy films of the last decade, Naomi has the wholesome good looks and porcelain doll fragility that juxtapose perfectly with a freaky, twisted demon child.

11. Eliza Dushku
Famous Flick: "Wrong Turn"
Scream-Inducing Assailant: A gang of violent, cannibalistic mountain men
Hot Factor: Considering her filled-out, blood-stained tank top appears to get the most screen time, Dushku's torso is probably the only reason this mediocre slasher was made.

8. Jennifer Aniston
Famous Flick: "Leprechaun"
Scream-Inducing Assailant: We'll give you two one guess.
Hot Factor: This film marked the debut of Aniston's unsung sexy-furrowed-brow look, a key fixture of the Ross and Rachel saga and her rom com bankability. That's the luck o' the Irish demons, for ya!

7. Katherine Heigl
Famous Flick: "Bride of Chucky"
Scream-Inducing Assailant: His and hers serial killer dolls, Chucky and Tiffany
Hot Factor: Take current day Heigl, subtract the diva 'tude and increase the tease in her hair, and you've got a hot little number! Plus, anyone would look smokin' if Jennifer Tilly's disembodied voice was the only alternative.

6. Jennifer Lopez
Famous Flick: "The Cell"
Scream-Inducing Assailant: The interior of a killer's psyche (how deep!)
Hot Factor: Though J.Lo's presence in a psychological thriller confounds to this day, we admit her indisputable good looks lent to the picturesque quality of an image-heavy film.

5. Milla Jovovich
Famous Flick: "The Fourth Kind"
Scream-Inducing Assailant: Aliens!
Hot Factor: Sure we've all seen Milla kick many a butt, blah blah blah, but who knew she was still beautiful without the pleather catsuit and rifle-toting? Make-under Milla, FTW!

2. Jennifer Love Hewitt
Famous Flick: "I Know What You Did Last Summer"
Scream-Inducing Assailant: That fisherman guy
Hot Factor: The fact that her character seemed to always have just left a wet T-shirt contest probably helps. And she's the only girl still standing at the end of the "I Know" movies. Look hot, Sarah Michelle Gellar and Brandy may, but JLH can handle her own self against a serial killing dude. Girl power!

1. Jessica Biel
Famous Flick: "Texas Chainsaw Massacre"
Scream-Inducing Assailant: Leatherface, a chain-saw-totin' bumpkin d-bag
Hot Factor: Don't know if she does ab workouts with the purpose of saving herself against a serial killer, but I don't think anyone is a fair match for that midsection. 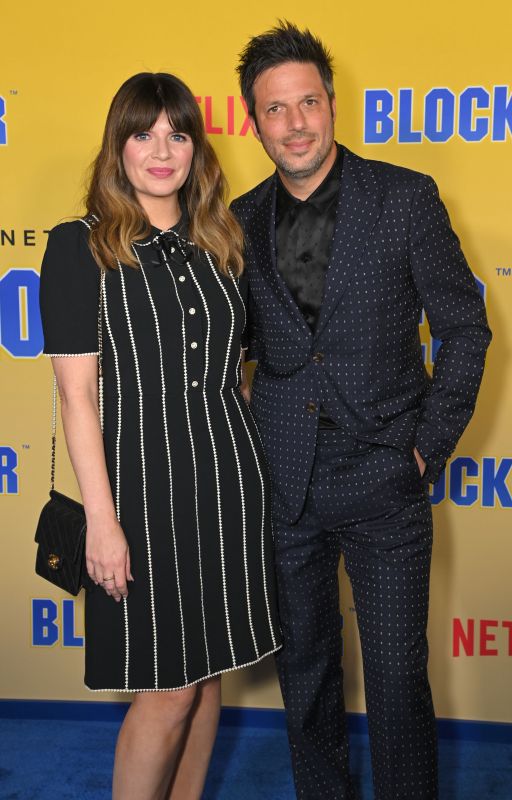