Katie Holmes is in talks to do a special performance on a future episode of "So You Think You Can Dance" This is obviously her second choice to appearing on "I'm in a Contract Celebrity Marriage … Get Me Out of Here!" (Just Jared)

Despite their breakup, Kanye West is spending quality time with his ex-girlfriend Amber Rose. If they're officially back together, he's certainly not telling. (Page Six)

To wit: Celebrity chef Anthony Bourdain recently teased his friend Mario Batali about traveling with Gwyn, saying, "Why would you go to Spain with the one bitch who refuses to eat ham?" (Socialite Life)

Rihanna and Fergie were spotted out in New York having a good time. Girls just want to have fun — even if one of them has a pending subpoena. (People)

Danny Devito did a repeat performance of his slurring stand on "The View." This time he sipped a "fake beer," asked a lady reporter about her birthing process, and noted that her short skirt was "easy access." Keep on doing what you do, Danny. (Celebitchy)

Michael Lohan says he's happy that daughter Lindsay Lohan and Samantha Ronson were able to spend time together in London with "no turmoil." If only Michael Lohan's blessing wasn't actually a terrible curse. (Socialite Life)

Take a good look at this "before" shot of Holly Montag. Now that she's taken her sister Heidi's place on "I'm a Celebrity … Get Me Out of Here," we're looking forward to some serious jungle deterioration. (US)

"The View"'s Joy Behar is getting her own show. Don't worry, she'll still be on "The View" in the morning to tell borscht belt jokes and cast Elisabeth Hasselbeck withering looks. (E! Online) 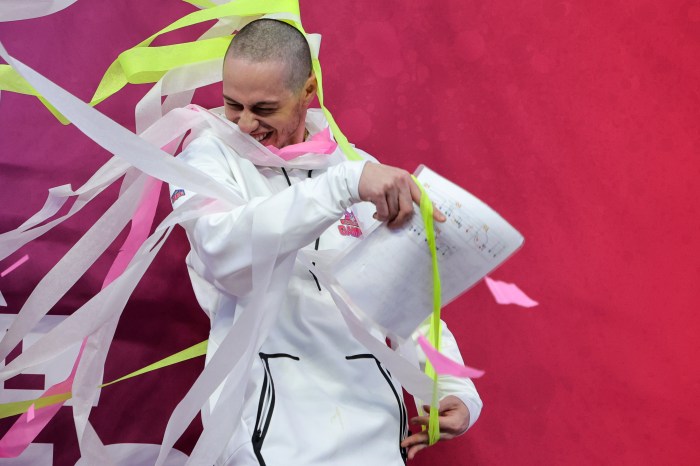