Are "The View" co-hosts Meghan McCain and Joy Behar really in a backstage feud? Gossip Cop can exclusively debunk the sensational report. Though the colleagues sometimes clash while debating politics on the show, there's plenty of evidence that off-camera, they get along well. 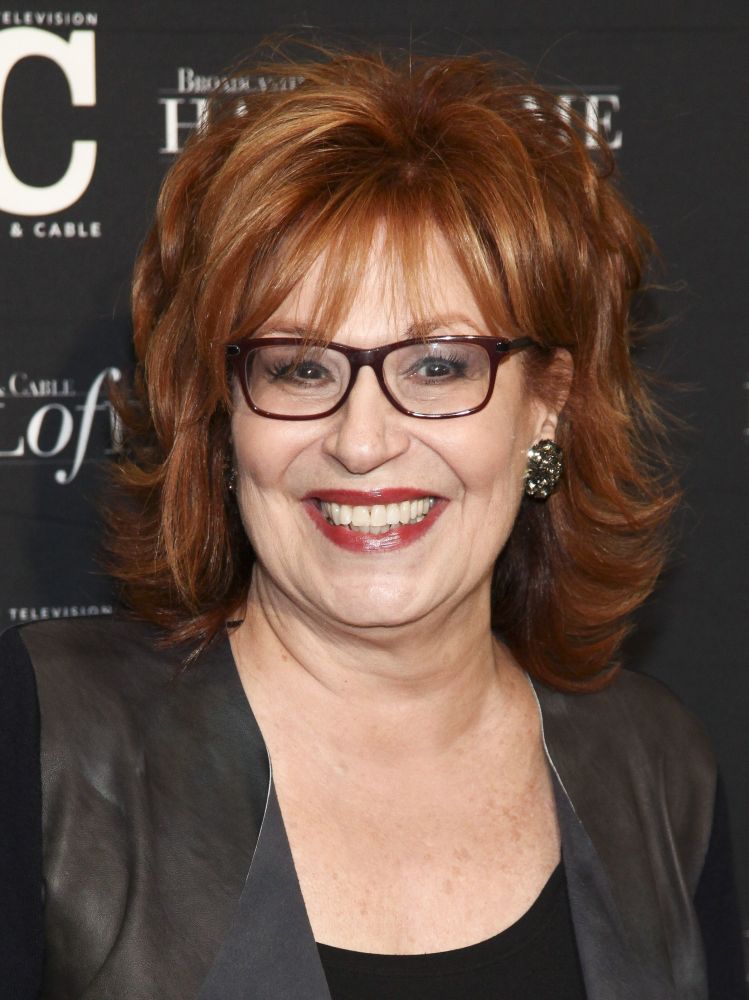 But the Globe is claiming McCain and Behar "really do hate each other's guts and are locked in a bitter, petty catfight." Contends the supermarket tabloid, "Even after the cameras stop shooting, the prickly panelists are constantly backstabbing each other and bicker over all sorts of stuff from politics, to status, to who gets the last 'everything' bagel from the breakfast buffet." A so-called "insider" claims there are "backstage arguments" that get "pretty ugly," including "screaming matches."

"The dislike has turned to hate… It's really stressful. The people on the show are walking around on eggshells," alleges the magazine's supposed source. The outlet goes on to claim the pair have clashed over McCain's references to her ill father, Sen. John McCain, and even the size of their respective dressing rooms. The purported tipster further asserts Behar has deemed McCain "rude" and a "spoiled brat," and even taken shots at her weight.

It supposedly all culminated in an "emergency meeting" between Behar and producers, where she was "almost crying, demanding they get rid of Meghan and replace her," claims the alleged snitch. But since that didn't happen, the questionable "insider" warns, "Joy knows how to push Meghan's buttons. The fear is Meghan's going to finally snap and whack Joy with her shoe."

Of course, the publication has no proof to back up any of these contentions, which come from an untraceable, unnamed "insider." Conversely, Gossip Cop exclusively received a statement from a spokesperson for "The View," who shares, "This is just not true. There is no backstage feud."

Stresses the rep, "The co-hosts have smart, passionate and entertaining conversations on air and that camaraderie carries off stage, which you could clearly see from a recent conversation on the show where Joy talked about Meghan's good sense of humor behind the scenes and Meghan thanked her 'girls' for being there for her during a couple of difficult weeks."

The rep is referring to a segment from the May 18 broadcast, which can be viewed on YouTube. Behar complimented McCain, "Off-camera, you have a great sense of humor." And McCain went on to share, "I had a rough few weeks and my girls on 'The View' were here for me." That's not the only time the conservative commentator and the liberal comedienne have shown that though they may be professional sparring partners, they are actually united personally.

On "Watch What Happens Live" last November, Behar said of McCain, "She and I are very friendly. I like her. I think she sticks to her guns… She's a nice kid." Speaking with Stephen Colbert on "The Late Show" in February, McCain said of Behar, "I actually really like her. She's lovely."

That same month, People also reported McCain and Behar are not really feuding, despite their conflicting on-air personalities. "The idea that there's fighting behind the scenes [is] not true… Backstage, they're totally friendly with each other." It was even stressed, "Two women can disagree and not be in a catfight."

Conclusion: While the Globe uses a single anonymous "insider" to allege McCain and Behar "hate each other," there is readily-available evidence showing otherwise. Both TV stars have praised the other in interviews and even on the show itself. Plus, People, a far more credible publication, has reported that their disagreements take place in front of the cameras and don't translate backstage. On top of that, a rep for the "The View" tells Gossip Cop on the record that they share a "camaraderie." That's apparent in each of their comments celebrating the other. With this wealth of proof disproving the tabloid's narrative, we're rating this "backstage feud" rumor a zero.

Jennifer Aniston NOT getting 'revenge' on Emma Stone over Justin Theroux, despite report

Caitlyn Jenner NOT spending $50,000 a week on Sophia Hutchins, despite report