It seems Victoria and David Beckham are always the subject of divorce rumors. But the speculation grew so loud this week that multiple official comments were issued from their camp. Of course, Gossip Cop readers already knew the couple wasn't breaking up, as we've rightly said that for months. Below, check out some of the fact and fiction we've separated on this topic just in the last year alone. 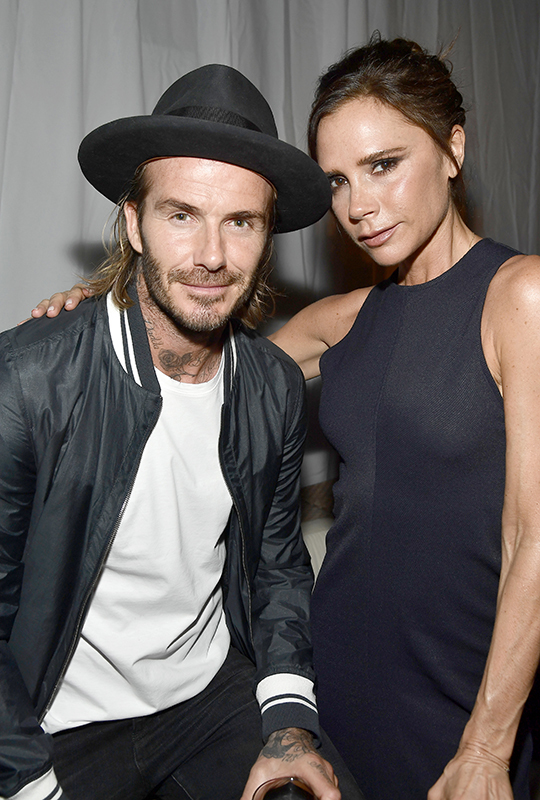 FICTION: According to RadarOnline, time apart is causing a "rift" in Victoria and David's marriage.FACT: Last July, the website lazily picked up this narrative from the tabloid Now, claiming Victoria was "increasingly concerned" that time apart was wreaking havoc on their marriage. As Gossip Cop pointed out at the time, the couple had actually spent quite a bit of time together around when the stories were published, with the Beckhams even putting an appearance at Glastonbury. And while the blog said a rep "declined to comment," a spokesperson told us on the record that the storyline was "nonsense."

FICTION: Victoria and David are "headed for divorce," according to OK!.FACT: In September, a so-called "source" quoted by the magazine claimed they had "more of a business relationship than a romantic one at this point," and that they were "both eager to start the next chapter of their lives" separately. But our own trusted insider, who never steered Gossip Cop wrong, assured us their marriage was going strong and the claim otherwise was simply "not true."

FICTION: Victoria is worried David is growing "too close" to Lady Mary Charteris, according to OK!.FACT: After there was no divorce, in November the tabloid tried to stir the pot by contending the superstar duo had "trust issues." It was specifically alleged that while Victoria didn't "believe David is cheating on her" with Charteris, she was "not happy about their friendship." But this tale was so off-base that a source bluntly told Gossip Cop the report was "not worth commenting on."

FICTION: Victoria and David Beckham are preparing to split after Christmas, according to OK! Australia.FACT: In late December, the aforementioned quotation about the pair being "eager to start the next chapter of their lives" was repeated with the added contention that there probably wouldn't be an "amicable split [until] after the holiday period." At the time, a rep told Gossip Cop the claims were "rubbish," and further deemed the "incorrect nonsense" about the Beckhams' relationship to be "embarrassing." Of course, Victoria and David went on to spend Christmas and New Year's together, as documented on Instagram. Now nearly six months later, they've still yet to split.

FICTION: Victoria and David are "headed for divorce," according to OK!… again.FACT: Just after the New Year, it was once more alleged the designer and athlete were "hanging by a thread" and "ready to call it quits for good." Bizarrely, though, the tabloid simultaneously claimed that "neither of them want to carry on the farce much longer" and that they "just don't seem to care." The assertions appeared to be in conflict. Gossip Cop also pointed out that after years of predicting a divorce, time kept proving the outlet wrong. A spokesperson correctly told us that would again be the case.

FICTION: Victoria is "furious" over David launching a Miami soccer team, according to The Sun.FACT: In early February, we called out the British paper for inaccurately claiming the couple's marriage was in "crisis" due to David's plans. Victoria was described as "seething, devastated and furious." In actuality, she showed he had her approval and support by sharing a congratulatory video for David on Instagram. On top of that, her rep told Gossip Cop exclusively, "They are aligned as a family. It was a family decision and they are all excited about spending more time in Miami."

FICTION: Victoria and David are "living apart," according to NW.FACT: Shortly after the soccer team announcement, the magazine alleged David was "ditching his family" to move to Miami, while Victoria and their kids would be left behind in the UK. "The last thing Posh needs right now is more drama on her plate," it was asserted. Curiously, it wasn't said with what other "drama" she was supposedly dealing. The story was just more bogus sensationalism, as Victoria already made clear on Instagram that she'd be in Florida with her spouse, writing, "We can't wait to spend more time in Miami!"

FICTION: Victoria and David had the "biggest fight ever" over his "wandering eye," according to NW.FACT: In March the tabloid was back at it, now insisting they were seen having an argument outside a New York hotel and that the spouses "looked like they hated each other." Both David's alleged flirtations with women and their "totally different lives" were said to be at issue. But a source with whom Gossip Cop spoke chalked it all up to "tabloid nonsense." And that same week, David paid tribute to Victoria for the British Mother's Day holiday.

FICTION: Victoria and David are splitting over Bella Hadid, according to OK!.FACT: That same month, the magazine fixated on David sitting next to Hadid at a soccer game, contending that amid marriage problems, "seeing a gorgeous young model chatting up her husband is just rubbing salt in [Victoria's] wounds." A purported source even speculated, "That may have been the last straw." Of course, this was a non-story designed to give the appearance of scandal where there wasn't one. Gossip Cop was assured by a spokesperson that Victoria was not upset with her husband for innocently chatting with another celebrity at a public event, and their relationship surely wasn't ending over it.

FICTION: According to the Australia version of OK!, Victoria and David are on the brink of a split after a big fight at the royal wedding.FACT: After they attended the May nuptials, the outlet manufactured a cover story in which it was alleged the couple was getting along so poorly before the wedding, they almost didn't go. Tellingly, though, it was never said just what they had an "epic blow-up" about. It was also claimed that the Spice Girl was unhappy about their seating at the wedding, and put the blame on her husband. A rep for the Beckhams, however, said the narrative was all baselessly fabricated, which was apparent considering Victoria herself had already called her royal wedding experience "just the best day." She also had a front-row view for the ceremony.

As the list above shows, a disproportionate amount of the untrue breakup claims involving the Beckhams have come from one brand in particular: OK!. Of course, other publications are just as guilty, and it's frankly not clear why the gossip media often seems dead-set on tearing the couple apart. But while many outlets helped David and Victoria deny the divorce rumors on Friday, Gossip Cop has been rightly debunking them all along. And we'll continue to do as necessary going forward.

Johnny Depp having "midlife crisis" or playing "role" for band?