As Americans honored Juneteenth on Friday, June 19, Jada Pinkett Smith and her "Red Table Talk" co-hosts, Willow Smith and Adrienne Banfield Norris, looked at various aspects of "Black America in Crisis," the theme of their latest edition of the Facebook Watch series. One topic they discussed was cancel culture, which Smith, 19, noted is "so prevalent right now." The teenager continued: "I'm seeing people shaming others, like saying really terrible things, shaming people for what they're choosing to say or shaming people for not really saying anything at all. But I feel like if we really want change, shaming doesn't lead to learning." The mother, daughter and grandmother trio were joined by activists Dr. Angela Davis and Tamika D. Mallory. "Cancel culture is a little dangerous. It definitely is because none of us are perfect," Mallory said. "It is a space that is a little difficult to maneuver because you do have to leave people room to make mistakes, to grow and to learn, but they have to show that they're willing."

Taylor Swift, Usher and more celebs are speaking out about the importance of recognizing Juneteenth as a national holiday amid ongoing protests against systemic racism sparked by the killing of George Floyd, an unarmed black man, at the hands of white police last month. Sharing a video from The Root that explains why marking the holiday in a more formal manner is so important, Swift tweeted that she's giving her employees the day off on June 19th "in honor of Freedom Day from now on" and vowed to "continue to educate myself on the history that brought us to this present moment," (via Page Six). She added: "For my family, everything that has transpired recently gives us an opportunity to reflect, listen, and reprogram any part of our lives that hasn't been loudly and ferociously anti-racist, and to never let privilege lie dormant when it could be used to stand up for what's right." Juneteenth, or Freedom Day, marks the anniversary of the day in 1865 that a Union General got word to then-remote Galveston, Texas, that slavery was no longer legal in the United States. The general's reading of the Emancipation Proclamation there came more than two years after Abraham Lincoln signed the proclamation, but some states in remote parts of the expanding nation failed to enforce the new law until Union troops arrived. Lupita Nyong'o, Pharrell and other celebs made similar calls this week for broader recognition of the holiday, which is observed in many states, but rarely treated as a holiday. In an op-ed for the Washington Post (via Page Six), Usher wrote: "Recognizing Juneteenth as a national holiday would be a small gesture compared with the greater social needs of black people in America. But it can remind us of our journey toward freedom, and the work America still has to do." On Thursday, June senators from at least four states announced plans to introduce legislation that would make Juneteenth a federal holiday, according to the Post.

Two months after announcing a joint charitable donation with Beyonce's foundation to support COVID-19 relief in four cities, Twitter CEO Jack Dorsey is working with Rihanna to funnel more than $15 million to "organizations focused on addressing mental health issues, food insecurity, income loss and the needs of individuals excluded from federal stimulus programs in Newark and Chicago," according to People. "Racial injustices perpetrated by systems built to keep people safe are exacerbating the coronavirus's mental health impact on individuals and families across the United States," said Rihanna's Clara Lionel Foundation in a statement. "Even as the majority of states have begun lifting restrictions in recent days, millions of Americans continue to face daunting challenges when it comes to their health, mental and economic well being," the foundation continued, adding that "racial disparities are contributing to alarmingly disproportionate rates of infection and death among Black and Brown people." Twelve organizations will reportedly receive funds from the effort. Rihanna and Dorsey also teamed up in April for a good cause, donating $4.2 million to programs supporting victims of domestic violence. The donations are part of Dorsey's $1 billion #StartSmall initiative.

In a new interview with Vogue India, Angelina Jolie speaks candidly about why she needed to end her marriage to Brad Pitt after they were together for more than a decade. "I separated for the well-being of my family," the actress and refugee advocate explained, referencing the six children she and Pitt share. "It was the right decision. I continue to focus on their healing. Some have taken advantage of my silence, and the children see lies about themselves in the media, but I remind them that they know their own truth and their own minds. In fact, they are six very brave, very strong young people." Jolie and Pitt were first linked in 2005. They married in 2014 and announced their separation in 2016. In recent months, they've reportedly begun to get along much better after nailing down the terms of custody for their children.

Blake Shelton celebrated his 44th trip around the sun on Thursday with some loving help from his girlfriend, Gwen Stefani. "Happy birthday @blakeshelton," she captioned a photo that showed her kissing her man on the cheek. "Thank u for being my best friend #luckyme." According to ET, the couple will return to "The Voice" as coaches on the show's next season, which can't come soon enough for Stefani. "While she loved her downtime in the country with Blake and the kids, she is really looking forward to getting back to work," said a source. "As much as Gwen loves her family life at home, she needs that outlet." The insider added that despite rumors and pleas from their fans, the two are in "no hurry" to get married, especially "with everything happening in the world" this year.

Tiffany Haddish has some, uh, creative thoughts on how America can solve its systemic racism problem. The comic recently sat down with THR, Elle Fanning, Jameela Jameel, Amy Sedaris and Robin Thede for a roundtable discussion on the pandemic, life at home, and race-related issues brought to the fore by George Floyd's death. After some initial chit-chat in which we learned Jamil is really not a fan of showers while in self-isolation, Haddish, who's participated in multiple Black Lives Matter protests, shared her suggestion for curbing racism and bigotry. "People have asked me, 'Tiffany, how can we solve this? What do you think we could do?' And to be honest, I don't know," she began. "But I know when I have problems and I want them solved, I just stop having sex and everything's solved. So, if everybody just stopped having sex — especially if you are in an interracial relationship and your man is white," she continued, "… stop having sex with your white man. Things will change. If you are a white woman and you've got a white man, stop having sex with that white man. When a white man ain't gettin' no sex, things change, that I know. These are the things I would talk about." She added: "Sex is power. Now, you take the power away and he wants that power."

Jimmy Kimmel is taking some time to recalibrate. On his show Thursday, the late-night host announced he's going on a hiatus beginning Monday and will air re-runs for two weeks followed by editions of his "Live" featuring guest hosts. "I've been doing this job for almost 18 years. I've done 3,130 shows and there's nothing wrong. My family is healthy, I'm healthy. I just need a couple of months off," he said, according to THR. He went on to promise the guest hosts will be "a cavalcade of very kind and capable people." Before going off the air, Kimmel did manage to work in one silly appearance by Matt Damon, who he's been faux-feuding with on the show for years. "I've been back here for three months waiting to get on," Damon joked, pretending to have been waiting at Kimmel's studio since the pandemic began. Kimmel's wife, screenwriter Molly McNearny then popped into the shot from Damon's room, prompting Kimmel to insult Damon. "Hey Molly, get your mask on!" Damon joked to McNearny. "I'm on my way." Turning back to Kimmel, he told the host to "have a great summer in lake … wherever you're going." Quipped Kimmel: "I am going to get a divorce."

When Raven-Symoné Pearman tied the knot with her new wife Miranda Maday, the occasion had an extra dose of symbolism, thanks to Los Angeles area tattoo artist Winter Stone. According to Page Six, the "That's So Raven" alum, 34, and her social media manager wife got inked before their recent backyard ceremony with matching tattoos on their left ring fingers just above where they now each wear wedding bands. "I got married to a woman who understands me from trigger to joy, from breakfast to midnight snack, from stage to home," Raven captioned a photo from the wedding. "I love you Mrs. Pearman-Maday! Let's tear this world a new a——!!! I's married NOW." The pair had not previously gone public with their relationship.

Bruce Willis' wife Emma Heming is so tight with his ex, Demi Moore, that Demi joined Bruce and Emma when the couple celebrated Emma's 42nd birthday this week. On Thursday, Emma shared photos from her big day that showed her seated on a blanket outside with Bruce, Demi and a few other loved ones. "It really was a happy birthday for me," she wrote alongside the pics. According to ET, the shots were taken in Idaho, where Bruce reunited with his wife in May after quarantining with Demi and their kids while Emma stayed in Los Angeles with the daughters she shares with the actor. Demi chimed in with a series of heart emojis in the comments below Emma's post, while others praised the group for being "a wonderful example of a blended family."

In 2011's "Bridesmaids," Kristen Wiig and Rose Byrne's feuding characters were anything but sweet to one another. IRL, however, Byrne seems to have nothing but love for Wiig, who recently welcomed twins via surrogate with her fiance, Avi Rothman. "It's such lovely news and she's just such a delightful person," Byrne told People this week, suggesting Wiig will be a natural when it comes to parenting because she's "such a nurturing person." Though she tends to keep her personal life out of the spotlight, Wiig hinted on the "Mother's Day at Home" edition of "SNL" that she had babies on the brain when she thanked her mom for "preparing me to be a mom myself." 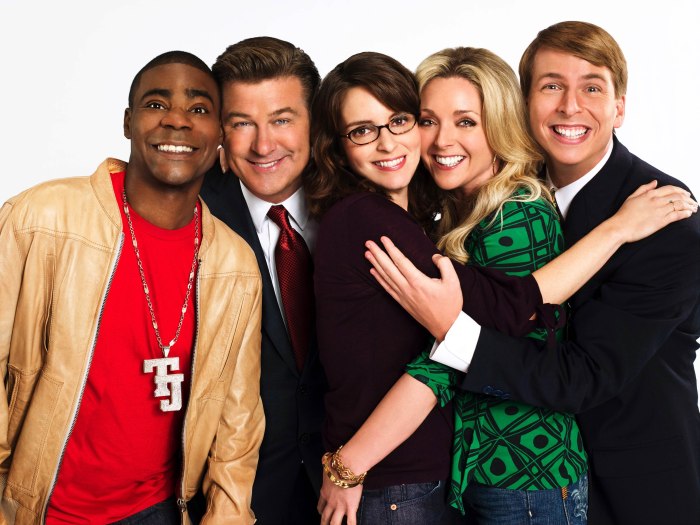 Up Next Laughs at work