If you've been busting moves while staying home amid the coronavirus pandemic, maybe it's time to pick up some new dancing inspiration. Wonderwall.com has rounded up the best dance movies available to stream, rent or buy right now, starting with 2001's "Save the Last Dance," which celebrates its 20th anniversary on Jan. 12, 2021. Julia Stiles played a ballet dancer coping with the death of her mom in this popular '00s flick. After moving to a new school in Chicago and moving in with her dad, she falls for Sean Patrick Thomas's Derek, who helps her get her dancing mojo back. But being a couple comes with problems. Make a movie night out of this sweet flick by buying or renting it on YouTube or Amazon Prime Video. Keep reading for more dance movie options…

Most dance flicks are peppy and charming. But 2010's "Black Swan" starring Natalie Portman — who won an Oscar for her performance — and Mila Kunis was dark and twisted. That gave the film's exquisitely technical ballet routines, which were choreographed by French dancer Benjamin Millepied (who's now Natalie's husband), an air of mystery and allure. Stream it on YouTube or Amazon Prime Video tonight.

Ready to cut loose? Watch the rebellious kids of "Footloose" — including star Kevin Bacon — and see how they helped overturn a ban on dancing! The classic 1984 film is available to buy or rent on YouTube tonight!

Detailed ballet and modern dance routines were on display in the 1980 teen musical drama "Fame," which gave us a close-up look at the intense training that goes into making it in the performing arts. Buy or rent the classic on YouTube or Amazon Prime Video to check out their moves.

"Center Stage" is a coming-of-age story about ballet dancers that stars a young Zoe Saldana and Amanda Schull. It features some amazing choreography plus a drama-filled storyline. Who could forget that ballet sequence in the final performance that featured a routine to Michael Jackson's "The Way You Make Me Feel" and Jamiroquai's "Just Dance"? The endearing film is available to stream on Hulu and YouTube.

Was there ever a couple who could glide across the floor more beautifully than Ginger Rogers and Fred Astaire? Doesn't seem like it. They sure were dreamy in 1936's "Swing Time," which you can currently rent or purchase on YouTube or Amazon Prime Video.

We'd be remiss if we didn't include one of the classic dance movies of the '80s — "Flashdance"! Jennifer Beals starred in this romantic drama that saw her character, Alex, training to become a professional ballerina. Stream, rent or buy it on YouTube or Amazon Prime Video.

"Burlesque," in which pop star Christina Aguilera stars as a burlesque club dancer, features plenty of killer tunes plus a talented supporting cast that includes Cher, Julianne Hough and Kristen Bell. This one's currently streaming on Hulu and is also available to purchase or rent on YouTube or Amazon Prime Video.

In 2007's "Stomp the Yard" starring Columbus Short, Ne-Yo and Chris Brown, dance battles highlight the best of the krump dancing craze and step competitions between black fraternities. Feel like checking this one out? You have options: Stream it on Hulu or Showtime, or rent or buy it via YouTube or Amazon Prime Video.

2019's "Hustlers" starring Constance Wu, Jennifer Lopez, Julia Stiles, Keke Palmer, Lili Reinhart, Lizzo and Cardi B tells the story of a group of strippers who steal money from the rich businessmen who frequent their club in New York City. While the star-studded cast is reason enough to check out the crime drama, J.Lo's moves in particular are worth the watch. "Hustlers" is available to stream on Hulu, YouTube and Amazon Prime Video.

Though it's not your typical dance flick, 2012's "Magic Mike" certainly deserves a spot on the list. The movie about male strippers includes some iconic dance scenes — including Channing Tatum grooving to Ginuwine's "Pony." Stream it on Amazon Prime Video anytime!

Channing Tatum and Jenna Dewan, who called it quits in 2018 after nine years of marriage, fell in love while working on 2006's "Step Up." Their chemistry was wild and their skills were on-point, especially in the final dance scene, which mixed hip hop and ballet. Purchase or rent it on YouTube or Amazon Prime Video.

Jennifer Grey and Patrick Swayze were everything in 1987's "Dirty Dancing," especially in that final scene where he romantically sweeps her off her feet with an epic lift. Stream it now on Hulu, HBO Max or Amazon Prime Video or rent or buy this classic on YouTube.

The abundance of talent in the 1943 musical "Stormy Weather" is unreal. It was one of the first films with an all African American cast (Lena Horne, Cab Calloway, the Nicholas Brothers and Bill Robinson starred). The dancing is superb in this historical gem. Stream the classic on Hulu, or buy or rent it on YouTube or Amazon Prime Video.

Diego Luna as an endearing dancer? Say no more. 2004's "Dirty Dancing 2: Havana Nights" might not have captured the same magic as the original, but it still makes for a worthwhile watch! Set in 1958, the film follows wealthy American high school student Katey (Romola Garai) as she acclimates to living in Cuba. There, she meets waiter Javier (Diego Luna), who also happens to be a skilled Cuban dancer. With Javier's help, Katey learns how to dance, and their romance blossoms in the process. Stream "Dirty Dancing 2: Havana Nights" now on HBO Max, Hulu, YouTube and Amazon Prime Video.

Jessica Alba starred as an aspiring hip-hop choreographer and dancer in 2003's "Honey." See her bust some moves in this fun flick, which you can stream on Hulu or Starz, or buy or rent on YouTube or Amazon Prime Video.

May disco reign! 1977's "Saturday Night Fever" starring Karen Lynn Gorney and John Travolta proved the actor could really shake it and highlighted some of the greatest moves of the era. (It also had a killer soundtrack featuring the Bee Gees.) If you're feeling nostalgic for this time period, you can stream this flick on Hulu or Amazon Prime Video or rent or buy it via YouTube.

Starring Sofia Carson, 2020's "Feel the Beat" follows April Dibrina, a disillusioned and aspiring Broadway actress who reignites her passion for her craft after she's recruited to train a group of dancers in her hometown. Affecting, predictable and sincere, the film — and all of its choreographed glory — is a delight to watch. "Feel the Beat" is available to stream on Netflix.

A young Jamie Bell starred in "Billy Elliot," the 2000 British dance drama about a young boy following his dreams of making it in the ballet world. You can buy or rent it on YouTube or Amazon Prime Video.

Liza Minnelli is raw, sexy and bendy in 1972's "Cabaret." Need a tutorial on how to work some sweet moves on a chair? Check her "Mein Herr" performance when you purchase or rent the flick on YouTube or Amazon Prime Video today.

The 2020 film, "Work It," stars Sabrina Carpenter as Quinn Ackerman, an uncoordinated high school student who creates a dance group in order to win a competition that'll make her appear more desirable on her college application. What she doesn't realize, though? That she's about to fall for her talented yet mysterious choreographer: Jake Taylor. "Work It" is available to stream on Netflix.

The beauty of ballet is captured in detail in 1948's "The Red Shoes" starring Moira Shearer as an elegant dancer striving to become a prima ballerina. Stream it now on HBO Max or rent it on YouTube, Google Play or Amazon Prime Video.

Alright, so maybe the live action adaptation of "Cats" wasn't the best movie to come out of 2019… but we can say it was definitely entertaining. Following a group of cats that must make the annual decision of which one of them will go to the Heaviside Layer, the film — whose star-studded cast includes Taylor Swift, Jennifer Hudson, James Corden and Jason Derulo — includes some memorable (and at times, disturbing) dance sequences. "Cats" is available to stream on HBO Max, Hulu, YouTube and Amazon Prime Video.

The lyrics of "America" — about the perks and pitfalls of making it in the so-called free world — from 1961's "West Side Story" are just as relevant today. So are Rita Moreno's saucy dance moves, which are incredible. Equal parts musical and dance inspiration, this enduring classic can be purchased or rented on YouTube or Amazon Prime Video.

All hail this classic feel-good movie musical with catchy tunes and equally catchy dance moves performed by Gene Kelly, Debbie Reynolds and Donald O'Connor — 1952's "Singin' in the Rain." This feel-good flick is available to stream on HBO Max and can be rented or purchased on YouTube or Amazon Prime Video.

The King of Pop starred in 1988's "Michael Jackson's Moonwalker," a musical art film that featured the extended version of his "Smooth Criminal" music video. There's no match for his ridiculously, well, smooth moves in the 1920s nightclub-set project. This one's available to buy or rent today on Amazon Prime Video. 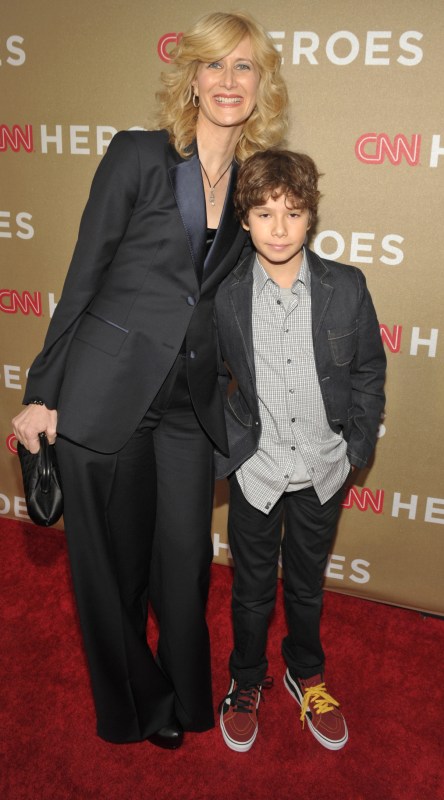