It's been 10 years since "Blades of Glory" debuted on March 30, 2007. Will Ferrell and Jon Heder starred in the outrageous comedy as rival male figure skaters who team up to form a same-sex couple skating pair after they're both banned for life from competing individually. In honor of its big anniversary, Wonderwall.com is taking a look back at the stars of the film and how they've changed over the years. Keep reading to catch up with Will and Jon, plus co-stars Jenna Fischer, Amy Poehler, Will Arnett and more "Blades of Glory" cast members — and kick some ice!

RELATED: Olympic scandals: The juciest drama to come out of the games

In the years since he starred in "Blades of Glory," Will Ferrell has appeared in comedies "Semi-Pro," "Step Brothers," "Land of the Lost," "The Other Guys," "The Campaign," "Anchorman 2: The Legend Continues," "Get Hard," "Daddy's Home" and "Zoolander 2." He also voiced characters in "Megamind" and "The Lego Movie" and earned two Emmy nominations for his work as an executive producer of "Drunk History." The funnyman and wife Viveca Paulin welcomed their second son, Mattias, mere months before "Blades of Glory" debuted. They added to their brood in 2010 when their third son, Axel, was born. Their eldest, Magnus, was born in 2004.

Jon Heder has worked predominantly as a voice actor in the years since "Blades of Glory" debuted — though he appeared in films "When in Rome," "Killing Winston Jones," "Reality" and "Ghost Team" and popped up on episodes of "My Name Is Earl," "How I Met Your Mother" and "About a Boy." He also brought his breakout hit "Napoleon Dynamite" to the small screen as a short-lived 2012 animated series. Jon and his wife Kirsten, who have been married since 2002, welcomed their first child, daughter Evan, not long after "Blades of Glory" debuted in spring 2007. They've since added three more kiddos to their brood: sons Philip and Timothy and another baby girl (whose name they've yet to reveal), who was born in December 2016.

Amy Poehler portrayed the devious Fairchild Van Waldenberg, half of a brother-sister figure-skating pair, in "Blades of Glory."

Amy Poehler was at the height of her "Saturday Night Live" fame when she starred in "Blades of Glory." She left the sketch comedy series in late 2008 and went on to star on "Parks and Recreation" from 2009 to 2015. (She racked up a wide range of Emmy nominations and won a Golden Globe in 2014 for her work on the sitcom.) Amy also starred opposite bestie Tina Fey in comedies "Baby Mama" and "Sisters," voiced Joy in "Inside Out" and appeared on Netflix's "Wet Hot American Summer: First Day of Camp." She and Will Arnett were married when "Blades of Glory" debuted in 2007 but separated in 2012 and officially divorced in 2016. They have two sons together: Archie, who was born in 2008, and Abel, who arrived in 2010. She went on to romance comedian Nick Kroll from 2013 to 2015 and was linked to New York lawyer Benjamin Graf in early 2017.

In the years since "Blades of Glory" debuted, Will Arnett has starred in comedies "Hot Rod," "Semi-Pro," "The Rocker" and "When in Rome" and in action flicks "Teenage Mutant Ninja Turtles: Out of the Shadows" and "Jonah Hex." He also voiced characters in "Ratatouille," "Horton Hears a Who!," "Despicable Me," "The Nut Job," "The Lego Movie" and "The Lego Batman Movie," earned four Emmy nominations for his work as Devin Banks on "30 Rock" and headlined series "Running Wilde," "Up All Night," "The Millers," "The Increasingly Poor Decisions of Todd Margaret," "Flaked" and "A Series of Unfortunate Events." Additionally, Will returned to "Arrested Development" for the 2013 Netflix reboot and voices the title character in the critically acclaimed animated series "BoJack Horseman." Following his breakup with Amy Poehler, the funnyman father of two romanced celebrity chef Katie Lee, producer Erin David and actress Arielle Vandenberg. He's reportedly been with interior designer Elizabeth Law since August 2016.

Jenna Fischer starred as Stranz and Fairchild's younger sister Katie Van Waldenberg, whom they manipulate into spying on Jimmy and Chazz — but who falls for the former — in "Blades of Glory."

Jenna Fischer continued starring on "The Office" until 2013 — six years after "Blades of Glory" debuted. She also appeared in "Walk Hard: The Dewey Cox Story," "The Promotion," "Solitary Man," "A Little Help" and "Hall Pass," headlined the short-lived series "You, Me and the Apocalypse," which she also produced, and popped up on episodes of "The Mysteries of Laura" and "The Grinder." In 2007, she and writer-director James Gunn split after six years of marriage. The funnywoman moved on with writer-director Lee Kirk, whom she wed in 2010. They welcomed son Weston in 2011 and daughter Harper in 2014.

Craig T. Nelson portrayed Coach Robert, who trains Jimmy and Chazz once they team up as a pair — and teaches them the dangerous Iron Lotus trick — in "Blades of Glory."

Craig T. Nelson appeared on "My Name Is Earl," "CSI: NY" and "Monk" before "Parenthood" debuted in 2010. He starred on the series until 2015. In the years since "Blades of Glory" debuted, the "Coach" alum also appeared in films "The Proposal," "The Company Men," "Soul Surfer," "Get Hard" and "Gold." He also had a five-episode run on Netflix's "Grace and Frankie" in 2015. He's been married to his second wife, Doria Cook-Nelson, since 1987 and has three adult children, including "Secrets and Lies" writer Noah Nelson, from his first marriage to Robin McCarthy.

Nick Swardson went on to star in comedies "I Now Pronounce You Chuck & Larry," "You Don't Mess with the Zohan," "The House Bunny," "Bedtime Stories," "Just Go with It," "Bucky Larson: Born to Be a Star," which he wrote and produced, "30 Minutes or Less," "Jack and Jill," "That's My Boy," "Grown Ups 2," "The Ridiculous 6" and "The Do-Over." (He executive produced the last two films.) The stand-up comedian also headlined two seasons of the Comedy Central sketch show "Nick Swardson's Pretend Time" from 2010 to 2011.

Romany Malco, who left "Weeds" the same year "Blades of Glory" debuted, went on to appear in films "Baby Mama," "The Love Guru," "Think Like a Man," "Last Vegas," "Think Like a Man Too," "Top Five," "The DUFF," "When the Bough Breaks" and "Almost Christmas." He also appeared on "No Ordinary Family," "The Good Wife," "Mad Dogs" and "Blunt Talk." Romany reportedly fell for Jessica Alba's stunt double, Taryn Dakha, on the set of "The Love Guru." They wed in 2008 but have since parted ways. He moved to Puerto Rico after falling in love with the island while shooting "Mad Dogs." 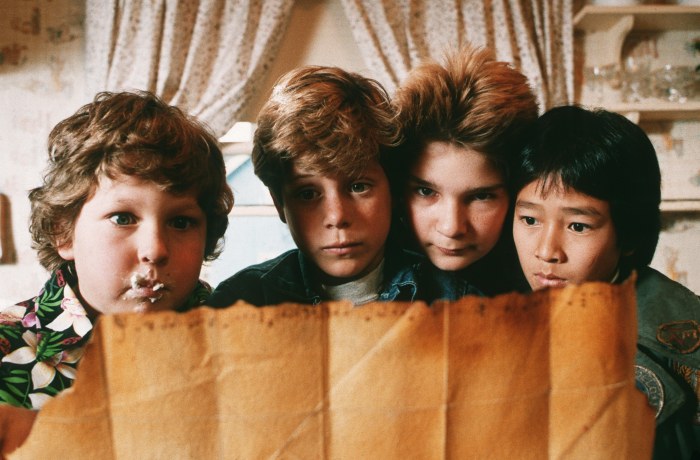