Dwayne Johnson is the epitome of a movie star. The hunky former wrestler has transitioned from WWF fame to full-fledged in-demand actor in recent years, delivering hit after hit. In 2016, he was the top-earning actor in the world, having raked in $64.5 million the previous year, according to Forbes. His latest flick, "Rampage," hits theaters on April 13, 2018, and in honor of the film's release, Wonderwall.com is taking a look back at The Rock's greatest movies — and ranking them! Keep reading to see if you agree with our list…

The best part about 2017's "Baywatch"? Though universally thought to be a disaster of a film and a total box office bomb, it's undeniable that Dwayne Johnson carried the classic TV show's jump to the big screen. We fully believed The Rock's character, lead lifeguard Mitch Buchannon, would be able to save us if we were ever in trouble on the beach!

RELATED: "Baywatch" stars: Where are they now?

Yikes! It might have earned a 26 percent fresh rating on Rotten Tomatoes, but "Walking Tall" stars Dwayne Johnson in a role he was born to play — a sheriff determined to save his hometown. For that reason alone this movie makes the list, as the 2004 film gave The Rock a chance to really show off his acting chops.

14. Mathayus in "The Scorpion King"

Dwayne Johnson got his first chance to carry a feature film in 2002 when he starred as desert warrior Mathayus in "The Scorpion King." Though the flick wasn't a box-office smash, The Rock proved he was charismatic enough to entertain audiences without any other big names supporting him.

"Empire State" came out in 2013 and showcased Dwayne Johnson playing opposite some younger co-stars. The actor starred as an NYPD detective standing in the way of Liam Hemsworth and Michael Angarano's character's plans to rob an armored car depository. The film might have gone straight to DVD, but it still gave The Rock a chance to show off his serious side.

Who could forget "Tooth Fairy," the cheesy 2010 flick that saw Dwayne Johnson playing Derek Thompson, a minor league hockey player who goes by the moniker "Tooth Fairy" thanks to his reputation for knocking out opponents' teeth. The nickname takes on a different meaning when he's summoned to be an actual tooth fairy under the tutelage of Lily, the head fairy (Julie Andrews), and Tracy, his case worker (Stephen Merchant). The silly flick bombed with critics but performed well at the box office.

The Rock does his best work in action flicks, even when they're not that great. 2013's "Snitch" saw Dwayne Johnson playing John Matthews, a father whose teenage son is wrongly accused of a crime. When John makes a deal with a U.S. attorney, he ends up working as an undercover informant, a job he's clearly made for. The film didn't fare great at the box office, but Dwayne's performance was actually pretty spectacular.

10. Christopher Danson in "The Other Guys"

"The Other Guys" had an all-star cast, but The Rock still really shined. Proving that he was a movie star in the making, Dwayne Johnson held his own alongside Samuel L. Jackson, Will Ferrell and Mark Wahlberg in the 2010 film. The buddy cop flick might have actually starred Mark and Will, but Dwayne certainly stood out as Samuel's partner, Christopher Danson.

We might not have needed another installment of "Hercules," but Dwayne Johnson sure filled out that loincloth well! Back in 2014, The Rock's version of the classic tale, directed by Brett Ratner, hit theaters. Though it didn't do particularly well at the box office, the film was still a fun watch and Dwayne did his best to make the iconic character his own — but not without sacrifice. In order to get into tip-top shape for the part, Dwayne went on an insane diet and went through six months of training in isolation. Talk about dedication!

2006's "Gridiron Gang" showed that Dwayne Johnson could front a family-friendly film. The flick centered around a football program at a juvenile detention center, with The Rock playing probation officer Sean Porter, the mastermind behind its creation. Making this film even more heart-warming? It's a true story!

The Rock paired up with Stifler?! Yup. "The Rundown" saw Dwayne Johnson star alongside "American Pie" alum Seann William Scott (Rosario Dawson was a love interest) in a surprisingly hilarious buddy flick in 2003. As Beck, The Rock just wants to open a restaurant — but can't do so until he helps an older gentlemen find his troubled son Travis (played by Seann). When he finds Travis in the jungle, hilarity ensues, giving audiences one of their first chances to see just how funny the hunky actor could truly be.

5. Dr. Smolder Bravestone in "Jumanji: Welcome to the Jungle"

"Jumanji: Welcome to the Jungle" was a surprising smash at the box office, but we weren't all that shocked considering Dwayne Johnson was the star. The reboot did a great job of bringing the classic Robin Williams film to today's world, with The Rock's Dr. Smolder Bravestone at the heart of the flick. The film also saw Dwayne and Kevin Hart team up once again, this time with funnyman Jack Black and Scottish actress Karen Gillan in the mix.

The Rock plus an adorable little girl? Box-office gold! 2007's "The Game Plan" saw Dwayne Johnson (in his last appearance being billed as "The Rock") playing Joe Kingman, a football superstar who finds out he has an 8-year-old daughter (played by the adorable Madison Pettis). The family-friendly flick certainly clicked with audiences, leaving viewers with that perfect warm and fuzzy feeling.

Who doesn't love the "Fast and Furious" franchise?! Add Dwayne Johnson and it just gets that much better! Back in 2011, The Rock joined the cast for "Fast Five," playing Luke Hobbs, a former bounty hunter and U.S. Diplomatic Security Service agent who held his own against the original intimidating cast. He infused new life into the popular series and definitely kept the original crew on their toes. The Rock reprised the character in three sequels so far and has a Hobbs spin-off film in the works.

A cartoon version of Dwayne Johnson? Sign us up! The actor voiced the demigod Maui in the 2016 Disney hit "Moana" and delivered one of his best performances to date. Not only did he bring the sweet character to life through his iconic deep voice, but he also showed off another one of his impressive talents — singing!

Disaster flicks and The Rock go together like bread and butter… or California and earthquakes! So in 2015 when Dwayne Johnson starred in "San Andreas," it was a match made in heaven — and hands down our favorite film from the superstar. He played family man Raymond Gaines, a Los Angeles Fire Department Air Rescue pilot who's determined to save his loved ones and others during a catastrophic earthquake. Dwayne dazzled in this roller coaster ride of a flick, which also wowed at the box office. We give this one a 10.0! 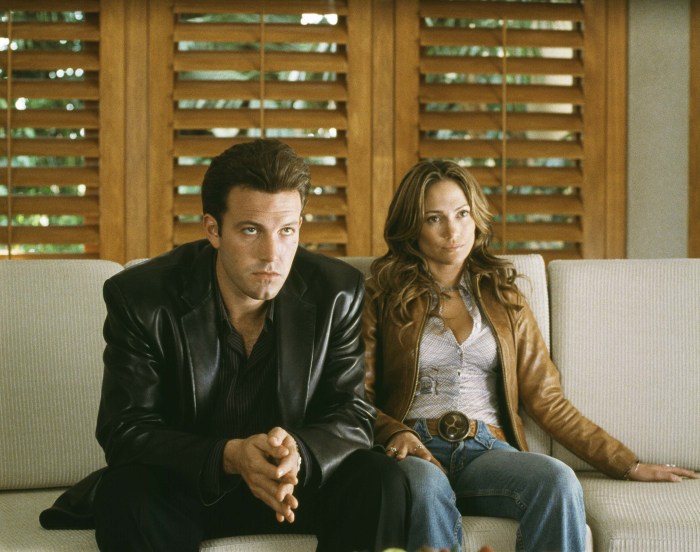