On Nov. 22, 2019, "Frozen II" finally arrives in theaters. The film — featuring the vocal talents of stars Kristen Bell and Idina Menzel — takes audiences on an icy adventure to an ancient, enchanted land that might hold the secret to Elsa's super-frosty powers. In honor of the film's debut, Wonderwall.com is taking a look at the new stars who've joined the "Frozen" franchise for this epic animated sequel. Keep reading for more…

RELATED: A guide to the new cast of the Disney+ remake of "Lady and the Tramp"

Emmy- and Golden Globe-winning actor Sterling K. Brown joins the cast of "Frozen II" as Lieutenant Mattias, the leader of the soldiers who've been trapped in the enchanted forest.

Although he's been in Hollywood since 2002, Sterling K. Brown first entered our consciousness in 2007 when he landed the role of Dr. Roland Burton on the long-running series "Army Wives." In 2016, his fame was cemented when he took on the role of Christopher Darden on "The People v. O.J. Simpson: American Crime Story" — which won him his first Emmy — as well as the role of Randall Pearson on the hit NBC series "This is Us" — which earned him his second Emmy award in 2017. Sterling's also a film star who's appeared in 2017's "Marshall," 2018's "Black Panther" and "Hotel Artemis" and 2019's "The Angry Birds Movie 2" and "Waves." Next up are the 2020 movies "The Rhythm Section" and "Rise." Sterling's been married since 2007 to his college sweetheart, actress Ryan Michelle Bathe. They share two sons.

RELATED: "This Is Us" cast's love lives revealed

In "Frozen II," actress Martha Plimpton lends her voice to Yelena, a wise and protective leader of the nomadic Northuldrathe people.

Martha Plimpton made her big screen debut at 11 in the 1981 mystery drama "Rollover." Over the last 38 years, the actress — who famously dated Hollywood heartthrob River Phoenix before his death in 1993 — landed roles in important films including "The Goonies," "The Mosquito Coast," "Parenthood," "Running on Empty," "Stanley & Iris" and "Beautiful Girls." Martha's no stranger to television either, having appeared on shows like "ER," "Law & Order: SVU," "Grey's Anatomy," "How to Make it In America," "The Good Wife" (which earned Martha her first Emmy in 2012), "Raising Hope," "The Real O'Neals" and "Younger." In 2019, along with lending her voice to "Frozen II," Martha landed a recurring role on the sports comedy-drama "Brockmire" and made appearances on "At Home with Amy Sedaris" and "Flack." Up next for Martha is the TV movie "Generation." Outside of Hollywood, she founded the non-profit A is For, which is "dedicated to advancing reproductive rights and ending the stigma against abortion care."

Actress Rachel Matthews , who's relatively new to Hollywood, made her big screen debut in 2017's "Happy Death Day" and reprised her role in the 2019 sequel "Happy Death Day 2 U." Her other notable appearances include two episodes of "Looking For Alaska," an episode of "Batwoman" and a small part as a nurse in the big screen indie drama "Ms. White Light." After her voice role as Honeymaren in "Frozen II," Rachel will return to the big screen in the comedy "Tankhouse."

Emmy-nominated actor Jason Ritter — son of the late comedic actor John Ritter — began working in Hollywood back in 1990 with a debut appearance in the TV movie "The Dreamer of Oz" when he was just 10. His first film role wouldn't come until 1999's "Mumford" alongside Ted Danson and Zooey Deschanel. Since then, Jason's appeared in a variety of movies including "Swimfan," "Freddy vs. Jason," "Raise Your Voice," "Happy Endings," "The Education of Charlie Banks" and "You're Not You." He's also a regular face on TV with roles on shows like "Joan of Arcadia," "The Class," "The Event," "Parenthood," "Us & Them," "Girls," "Goliath," "Kevin (Probably) Saves the World," "Another Period" and numerous episodes of "Drunk History." In 2019, along with "Frozen II," Jason appeared in the new Netflix superhero series "Raising Dion." He's also a regular cast member on the new mystery-dramedy series "A Million Little Things" and the comedy miniseries "Quest." Jason and his fiancée, actress Melanie Lynskey, welcomed their first child together, a girl, in 2019.

Evan Rachel Wood — who's been acting since 1994 when she was 7 — landed small roles in films like "Digging to China" and "Practical Magic" as well as the TV shows "Profiler" and "Once and Again" before her 2003 breakthrough role as Tracy Freeland in the Oscar-nominated drama "Thirteen." Since then, Rachel's appeared in films like "Whatever Works" and "Across the Universe" as well as on hit HBO series like "True Blood" and "Westworld." 2019's proven to be a busy year for Evan. Not only did she lend her voice to "Frozen II," but she also kicked off filming the third season of "Westworld" (which debuts in 2020) and appeared on an episode of "Drunk History" and "What We Do in the Shadows." Evan, a mother of one with ex-husband Jamie Bell, has three films in the works including the 2020 crime drama "Kajillionaire" co-starring Debra Winger and Gina Rodriguez.

In the 2019 sequel "Frozen II," actor Alfred Molina is the new voice of Agnarr, King of Arendelle and devoted father to young daughters Elsa and Anna.

Longtime stage and screen star Alfred Molina made his acting debut in the 1978 comedy series "The Losers," opening the door to a 40-plus-year career in films, TV shows and the theater. Some of Alfred's most noted work includes roles in movies like "Boogie Nights," "Chocolat," "Frida," "The Man Who Knew Too Little," "Magnolia," "Spider-Man 2," "The Da Vinci Code" and "Nothing Like the Holidays." He's also a regular on Broadway and off, having appeared in stage productions of "Henry IV Part 1," "Molly Sweeney," "Art," "Fiddler on the Roof," "Howard Katz" and "Red," just to name a few. He's also spent time on TV in shows and miniseries like "Ladies Man," "Bram and Alice," "The Company," "Law & Order: LA," "Monday Mornings," "Matador," "Close to the Enemy," "Angie Tribeca" and 2017's "Feud: Bette and Joan," which earned Alfred both a Golden Globe nomination and an Emmy nod for his performance. In 2019, he appeared in the horror-mystery movie "Don't Let Go" and the drama "The Devil Has a Name." Alfred — who's been married to English actress and novelist Jill Gascoine since 1986 — has three new movies on the horizon including the 2020 crime thriller "Promising Young Woman."

At just 13, Mattea Conforti already has a resume that could intimidate a veteran Hollywood star. In 2013, the young actress made her Broadway debut as the lead in the stage production of "Matilda the Musical," leading to her first big screen role in 2015's "3 Generations." Over the next few years, Mattea returned to Broadway in 2017's "Sunday in the Park with George" and 2018's "Frozen" (where, incidentally, she played young Anna). She also appeared in the films "The Supper" and "Viper Club" and the TV shows "Gotham" and "The Good Cop." In 2017, Mattea took on her first voice role, as Moon on the animated series "The Ollie & Moon Show," the same year she landed her first recurring on-screen role on the TV crime drama "Power." In addition to voicing young Elsa in "Frozen II" in 2019, Mattea also appeared on an episode of the fantasy-horror series "NOS4A2."

In "Frozen II," Jeremy Sisto voices King Runeard, King Agnarr's father who's the grandfather of Anna and Elsa. Since his 1991 big screen debut in the crime drama "Grand Canyon,"Jeremy's been a fixture in Hollywood. He's appeared in films like "Clueless," "Wrong Turn" and "Waitress" as well as on TV shows like "Six Feet Under," "Kidnapped," "Law & Order," "Suburgatory," "The Returned," "Wicked City," "The Long Road Home" and "Ice." Jeremy's also tested the waters in music, releasing a debut album under the name Escape Tailor in 2012. Jeremy's no stranger to the theater either, landing early roles in stage productions of "House Not Meant to Stand" and "Galileo" before making his Broadway debut in 2006's "Festen." Along with his voice work in "Frozen II" in 2019, Jeremy has also reprised his role as Jubal Valentine for Season 2 of the police procedural drama "FBI." Up next for Jeremy are two new films including the 2020 comedy "Captain Tsunami's Army." Jeremy's been married to Addie Lane since 2009. They share two children. 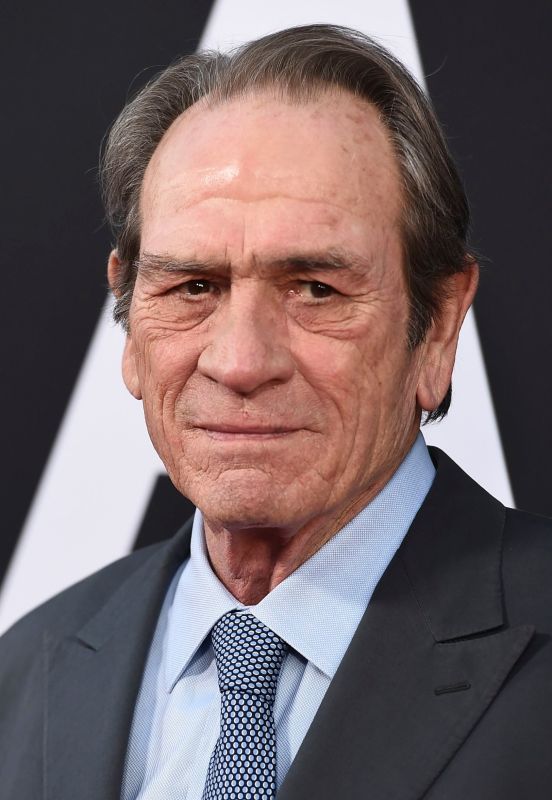