The witches and wizards are all grown up! It's hard to believe it's been nearly 18 years since "Harry Potter and the Sorcerer's Stone" hit theaters. Since the first film's debut, the "Harry Potter" franchise has broken records and made household names out of its young stars. In celebration of Draco Malfoy actor Tom Felton's 32nd birthday on Sept. 22, 2019, Wonderwall.com is taking a look back at the cast. Wonder what your favorite Hogwarts alumni are up to these days? Keep reading to find out!

The book series and film franchise follow the life of orphan Harry Potter, who discovers on his 11th birthday that he is a wizard. Harry attends Hogwarts School of Witchcraft and Wizardry, where he finds friends and foes among his fellow students. Daniel Radcliffe brought the part to life. He was cast in the role at 11 — the same age as Harry at the start of the series.

RELATED: Stars who are knights or dames

The "Harry Potter" franchise filmed for 10 years, with Daniel Radcliffe portraying Harry from ages 11 to 21. At 17, in an attempt to shed his childhood Harry Potter image, Daniel took the stage in the play "Equus" and made headlines for his nude scene. Once the "Harry Potter" films ended, the actor took on some more adult film roles too in "The Woman in Black," "Victor Frankenstein," "Imperium" and "Kill Your Darlings." On the "Kill" set, Daniel met his current girlfriend, actress Erin Darke. He most recently starred in 2019's "Playmobil: The Movie" and currently stars on the TBS series "Miracle Workers," which he also executive produces.

Beauty and brains! Emma Watson not only continued to act but also added a college degree to her resume. Emma took on teenager roles in a few more films, like 2012's "The Perks of Being a Wallflower" and 2013's "The Bling Ring." While continuing to fit in film projects, she also enrolled at Brown University, from which she graduated in 2014. That same year, she was named a UN Women Goodwill Ambassador; she went on to help launch the UN Women campaign HeForShe, which encourages men to advocate for gender equality. In recent years, Emma has notably starred in the 2017 blockbuster musical "Beauty and the Beast," which grossed more than $1.2 billion worldwide. Next up, she'll star as Meg March in Greta Gerwig's 2019 film adaptation of "Little Women." Emma was most recently linked to "Glee" actor Chord Overstreet and tech CEO Brendan Wallace.

Rupert Grint played Harry's steadfast best friend, Ron Weasley in the "Harry Potter" films. Ron is the quintessential sidekick, there for comic relief while also remaining incredibly loyal. In the epilogue, Ron and Hermione go on to marry and have a son and a daughter that attend Hogwarts.

Since saying goodbye to Ron Weasley, Rupert Grint has grabbed roles in a few films like "CBGB," "Into the White" and "Moonwalkers" and even performed on Broadway in "It's Only a Play" alongside Matthew Broderick and Nathan Lane. The British actor has primarily built his adult career on television, starring on "The ABC Murders," "Sick Note" and "Snatch," which he also executive produces. Up next, Rupert will appear on the Apple TV+ series "Servant." He's dated actress Georgia Groome since 2011.

Serving as a foil to hero Harry Potter, Draco Malfoy is the snobby bully who looks down on those who don't have pure wizard blood. Harry and Draco never see past their differences, but the epilogue finds them giving each other a slight nod when they see each other in the future. Tom Felton played the manipulative and entitled Hogwarts student in all the "Harry Potter" franchise films.

Tom Felton continued to act in interesting projects after the "Harry Potter" series wrapped, taking on roles in "The Apparition," "Rise of the Planet of the Apes," "Belle," "Risen" and "The Flash." He also had a cameo in "Get Him to the Greek." He more recently appeared on the YouTube series "Origin." Fans will soon be able to catch Tom in 2019's "Whaling." Tom — who is also a singer-songwriter — split with actress Jade Gordon, whom he met on the set of the "Harry Potter" films, in 2016.

Ginny Weasley made her debut in "Harry Potter and the Sorcerer's Stone," but wasn't until she attended Hogwarts in "Harry Potter and the Chamber of Secrets" that she became a major fixture in the franchise. After developing a crush on Harry, Ginny ultimately succeeds in wooing the wizard. In the epilogue, Ginny and Harry are married with three children. Bonnie Wright played Ginny Weasley in the franchise.

Bonnie Wright has continued to act since wrapping the final installment of "Harry Potter." The British star has appeared in "After Dark," "Those Who Wander," "Who Killed Nelson Nutmeg?" and "Before I Sleep." She also switched gears and got involved in screenwriting and directing. Bonnie most recently directed a music video for artist Maguire's 2019 single "Fallible." She and actor Jamie Campbell Bower called off their engagement in 2012 after two years of dating. She was most recently romantically linked to Simon Hammerstein, the great-grandson of famous lyricist Oscar Hammerstein.

Early on, bumbling, awkward Neville Longbottom has a small role in the "Harry Potter" franchise, but the student who's skilled with plants goes on to become a key player. In the epilogue, he is an Herbology professor who continues to be friends with Harry and the Weasleys. Matthew Lewis portrayed Neville in the films.

Matthew Lewis made headlines in May 2015 when he debuted a buff new physique that in no way resembled awkward and nerdy Neville Longbottom. Matthew starred alongside Emilia Clarke and Sam Claflin in 2016's "Me Before You" and appeared on the BBC's "Bluestone 42." He more recently appeared in 2018's "Terminal" alongside Margot Robbie. Matthew also has "Harry Potter" to thank for finding true love: He met Angela Jones at an event hosted at Florida's Wizarding World of Harry Potter in January 2016 (she was an event planner at Universal Studios in Orlando). The couple tied the knot in May 2018.

Today, Alfred Enoch is not only incredible handsome but also an accomplished actor. He went on to star in "Troy: Fall of a City," "Sherlock" and the hit ABC drama "How to Get Away with Murder" alongside Viola Davis. Alfred has also made a name for himself in theater, appearing in a 2016 West End production of "King Lear" and a 2018 West End production of "Red." He more recently starred on the BBC's "Trust Me." He'll next appear in 2020's "Provisional Measure."

Identical and mischievous, Ron's older twin siblings, Fred and George Weasley, served up a lot of pranks at Hogwarts. The redheaded jokers, who seemingly always worked as a unit throughout the franchise, were separated in "Harry Potter and the Deathly Hallows" when Fred met an unfortunate death. In the epilogue, it's explained that George went on to marry and name one of his children after his late twin. Real-life twins James Phelps and Oliver Phelps play the twins in the films.

James and Oliver Phelps, who are not natural redheads and dyed their hair for the films, have remained active in the "Harry Potter" fan community. They frequently attend events including Harry Potter celebrations at the franchise's theme park lands. The duo have also continued to act, appearing in 2019's "7 days – The Story of 'Blind Dave' Heeley" and "Cadia: The World Within." 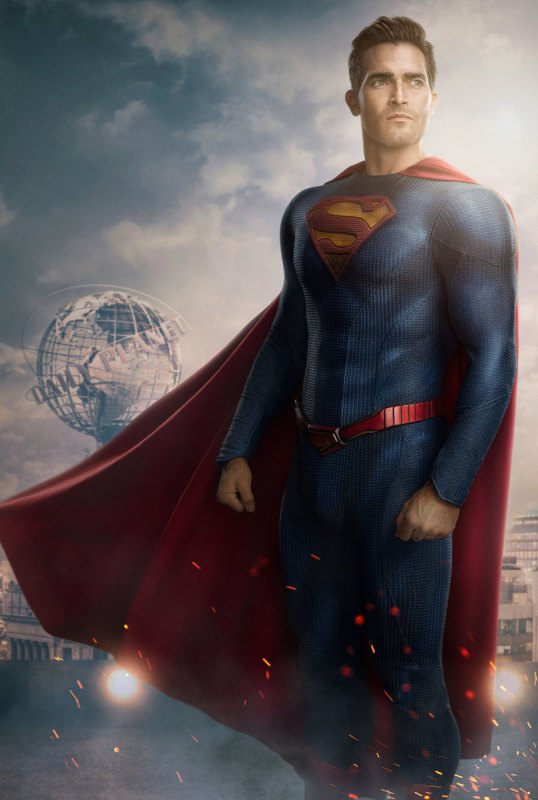 Up Next Men of Steel