Jay Baruchel stars as Hiccup, a young Viking who's a courageous dragon expert, in 2019's "How to Train Your Dragon: The Hidden World."

Jay Baruchel has made a name for himself in the comedy world. In addition to his role on FXX's "Man Seeking Women," Jay has also starred in "Undeclared," "Knocked Up," "Tropic Thunder," "Fanboys," "She's Out of My League," "Goon" and "This Is the End." The 36-year-old actor is transitioning into more serious projects in 2019, however, with roles lined up in the drama flick "The Kindness of Strangers" and the horror film "Random Acts of Violence." Jay was engaged to actress Alison Pill from 2011 to 2013 and in 2018 proposed to girlfriend Rebecca Jo.

America Ferrera stars as Astrid, a Viking warrior who's also Hiccup's girlfriend, in 2019's "How to Train Your Dragon: The Hidden World."

America Ferrera first came to fame in 2002 when she was cast in "Real Women Have Curves." She continued to land major gigs in Hollywood, including her Golden Globe- and Emmy-winning role as Betty Suarez on ABC's "Ugly Betty." The 34-year-old "Sisterhood of the Traveling Pants" alum has since appeared in "The Dry Land," "Our Family Wedding," "The Good Wife" and "End of Watch." She currently co-produces and stars as Amy Dubanowski on NBC's "Superstore." America married her college sweetheart, Ryan Piers Williams, in 2011 and the couple welcomed a son, Sebastian, in May 2018.

Cate Blanchett stars as Valka, Hiccup's long-lost mother who's a dragon protector, in 2019's "How to Train Your Dragon: The Hidden World."

Cate Blanchett is one of the most talented actresses in the business. The 49-year-old star has won two Academy Awards, three Golden Globe Awards and three BAFTAs and starred in some of Hollywood's most critically acclaimed films including "Elizabeth," "The Aviator," "Notes on a Scandal," "Elizabeth: The Golden Age," "I'm Not There" and "Carol." Cate has also branched out into action films, appearing in several blockbuster movies like the "The Lord of the Rings" trilogy, the "The Hobbit" trilogy, "Thor: Ragnarok" and "Ocean's 8." Next up, she'll star in 2019's "Where'd You Go, Bernadette." Cate shares four children, three sons and one daughter, with her husband of 22 years, playwright and director Andrew Upton.

Kit Harington stars as Eret, a reformed dragon trapper and friend of Hiccup, in 2019's "How to Train Your Dragon: The Hidden World."

Kit Harington became an international superstar when he landed the role of Jon Snow on HBO's hit series "Game of Thrones" in 2011. The British actor was nominated for an Emmy and a Critics' Choice award for his portrayal and went on to star in "Pompeii," "Testament of Youth" and "Gunpowder." Kit recently wrapped filming the final season of "GoT," which premieres in April 2019, and a West End theater production of "True West." He married his "Thrones" co-star Rose Leslie in June 2018.

F. Murray Abraham stars as Grimmel, a dragon hunter who believes the animals must be exterminated, in 2019's "How to Train Your Dragon: The Hidden World."

F. Murray Abraham has been an acting force in Hollywood since the 1970s. The 79 year old has appeared in some of the most celebrated films of all time including "Amadeus," "All the President's Men," "Scarface" and "The Grand Budapest Hotel." He also starred on Showtime's "Homeland" for years, earning two Emmy nominations for his powerhouse performance. Fans will soon be able to catch him on the upcoming TV series "Chimerica." In addition to his outstanding professional life, the actor also has a stellar personal life: He's been married to Kate Hannan since 1962. The couple share two children and one grandchild.

Craig Ferguson stars as Gobber, Hiccup's Viking mentor and a comic sidekick whose early encounters with dragons cost him an arm and a leg, in 2019's "How to Train Your Dragon: The Hidden World."

Craig Ferguson is multi-talented star who's previously worked as a host, comedian, author and actor. The 56-year-old Scot appeared on "The Drew Carey Show" in the '90s and early 2000s before landing hosting gigs on "The Late Late Show with Craig Ferguson," "Celebrity Name Game," "Join or Die with Craig Ferguson" and "Couple Thinkers." Craig is currently writing his third book, "Riding the Elephant: A Memoir of Altercations, Humiliations, Hallucinations, and Observations," which is set for release in May 2019. He shares one son with his ex-wife, Sascha Corwin, and one son with his current wife, art dealer Megan Wallace-Cunningham.

Kristen Wiig stars as Ruffnut, a member of the Hairy Hooligan Tribe who delights in all things dangerous, in 2019's "How to Train Your Dragon: The Hidden World."

Kristen Wiig knows how to bring the laughs. The 45-year-old actress got her start on "Saturday Night Live" and has since appeared in a host of laugh-out-loud comedies including "Knocked Up," "Paul," "Bridesmaids," "Ghostbusters" and the "Despicable Me" franchise. Kristen has also dabbled in drama, starring in 2014's "The Skeleton Twins" and 2015's "The Martian." Next up, the New York native will play villainess Cheetah in the sequel "Wonder Woman 1984." Kristen was married to actor Hayes Hargrove from 2005 to 2009 and previously dated drummer Fabrizio Moretti of The Strokes fame before finding love with writer-producer Avi Rothman.

Jonah Hill stars as Snotlout, Hiccup's friend who's also an arrogant Viking dragon trainer, in 2019's "How to Train Your Dragon: The Hidden World."

Jonah Hill is a master of comedy and drama with roles under his belt in several acclaimed films in both genres. The 35-year-old actor first came to fame in 2007 when he starred in the hit comedy "Superbad." He then appeared in a string of comedy films including "Knocked Up," "Forgetting Sarah Marshall" and "Get Him to the Greek" before branching out into more serious roles. Jonah's performances in 2011's "Moneyball" and 2013's "The Wolf of Wall Street" earned him Academy Award nominations. In 2019, he'll appear in "The Beach Bum" alongside Matthew McConaughey. Jonah has been dating stylist and producer Gianna Santos since the summer of 2018.

Christopher Mintz-Plasse stars as Fishlegs, Hiccup's friend who's incredibly knowledgeable about dragons, in 2019's "How to Train Your Dragon: The Hidden World."

Like co-star Jonah Hill, Christopher Mintz-Plasse also got his start in 2007's "Superbad." He was cast as the hilarious McLovin and instantly became a household name. Christopher has since appeared in "Role Models," "Kick-Ass," "Kick-Ass 2," "Neighbors" and "Neighbors 2: Sorority Rising." Fans will soon be able to spot the 29 year old in "You Make Me Wanna Die." Christopher is currently dating singer Britt Bowman. 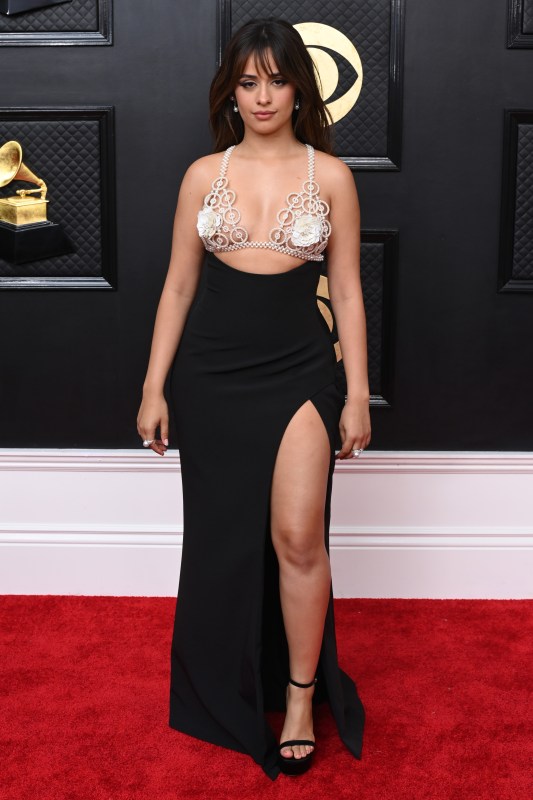