It's been 15 years since "Mean Girls" debuted in theaters on April 30, 2004, and "fetch" still hasn't happened. (Sorry, Gretchen!) But that doesn't mean the stars of this hilarious high school flick haven't moved on. So put on your favorite pink shirt and find out what the "Mean Girls" cast is up to today…

Lindsay Lohan starred as Cady Heron, a 16-year-old girl who transfers to a public high school after being homeschooled her whole life in Africa, in 2004's "Mean Girls."

RELATED: Party girls of the 2000s: Where are they now?

Lindsay Lohan has done a lot to hurt her reputation over the years — and it definitely hasn't been because of her on-screen roles. Riding high as a Hollywood "it" girl in the mid-2000s, the actress began to party hard. Her rap sheet since 2007 includes two DUIs, three stints behind bars, five sticky-finger incidents, six trips to rehab and countless probation violations. Over the years, she's been romantically linked to Wilmer Valderrama, Stavros Niarchos, Benicio del Toro, Calum Best and Samantha Ronson. She was most recently dating Russian millionaire Egor Tarabasov, although the couple split in 2017. While her personal life was spiraling out of control, Lindsay's career took a nosedive, as the actress was uninsurable and unreliable. Her alleged comeback projects, 2012 Lifetime movie "Liz & Dick" and 2013 indie flick "The Canyons," were panned. Her Oprah Winfrey-backed docu-series, "Lindsay," which focused on her life just after rehab, premiered in 2014. In recent years, she's lived in Dubai and London (where she made her stage debut in a West End production of "Speed-the-Plow"). In 2016, she got into the nightlife business, opening Lohan Nightclub in Athens, Greece. In 2018, she launched two Lohan Beach Houses in the Cyclades islands, which led to the 2019 MTV reality show "Lindsay Lohan's Beach Club."

Rachel McAdams played Regina George, the most popular girl in school and the leader of the Plastics, in "Mean Girls." Fun fact: Rachel was 25 when she landed the role of Regina!

Playing the ultimate mean girl led to Rachel McAdams becoming one of Hollywood's It girls. She's starred in huge flicks like "The Notebook," "Wedding Crashers," "Sherlock Holmes," "Doctor Strange," "Disobedience" and "Midnight in Paris." In 2015, she appeared in "Spotlight," earning herself an Academy Award nomination. She more recently starred in 2018's "Game Night." In 2005, Rachel made "The Notebook" fans' dreams come true when she started dating former co-star Ryan Gosling. The couple split in 2007 and briefly reunited in 2008 before calling it quits for good. She continued her co-star romance pattern when she dated her "Midnight in Paris" colleague Michael Sheen from 2010 until 2013. She began seeing screenwriter Jamie Linden in 2016. The couple welcomed their first child, a son, in 2018.

After "Mean Girls," Lizzy Caplan scored big roles on TV shows like "Related," "The Class," "True Blood," "Party Down" and "Masters of Sex," the latter of which earned her Emmy and Critics' Choice Award nominations. She's also appeared in a number of movies including "Cloverfield," "Hot Tub Time Machine," "Allied," "Extinction" and "127 Hours." Next up, she'll star on the Apple TV+ series "Truth Be Told." Lizzy dated Matthew Perry from 2006 to 2012. Lizzy found love with actor Tom Ripley three years later. The couple married in 2017.

Lacey Chabert starred as Gretchen Weiners, a Toaster Strudel heiress and a member of the Plastics who only wants Regina's acceptance, in "Mean Girls."

Lacey Chabert has since appeared in movies like "Black Christmas" and "Ghosts of Girlfriends Past" plus more than 17 Hallmark Channel movies. She most recently starred in 2019's "The Crossword Mysteries." She's also continued to do voice work, including on "Robot Chicken." Like Gretchen's hair, Lacey is full of secrets. After marrying in late 2013, she finally revealed the happy news, though kept the name of her new hubby hush-hush. He was later revealed to be long-term love David Nehdar. The couple welcomed a daughter, Julia, in 2016.

Amanda Seyfried has become one of the most sought-after young actresses in Hollywood. She scored her first leading role with "Mamma Mia!" and went on to star in movies like "Les Miserables," "Dear John," "Lovelace," "Ted 2," "Gringo," "In Time" and the 2018 sequel "Mamma Mia! Here We Go Again." Her TV credits include "Veronica Mars" and "Big Love." Next up, she'll appear in the 2019 Disney film "The Art of Racing in the Rain." Amanda has previously dated a number of Hollywood hotties including Justin Long, Dominic Cooper, Ryan Phillippe and Desmond Harrington. In 2016, sparks flew between Amanda and her "The Last Word" co-star Thomas Sadoski. The pair married in March 2017 and welcomed daughter Nina a few weeks later.

Although he's continued to work over the years, Jonathan Bennett never eclipsed playing the guy whose hair looks better pushed back. His career highlights include "Love Wrecked," "Cheaper by the Dozen 2" and "National Lampoon's Van Wilder: Freshman Year." Jonathan has crossed paths onscreen with two of his "Mean Girls" co-stars: He had a bit role in Rachel McAdams' 2010 movie "Morning Glory" and was featured in Lacey Chabert's 2012 flick "Slightly Single in L.A." Jonathan has more recently worked as a host, serving as the host for Food Network's "Cake Wars" until 2017. In 2019, he appeared as a houseguest on "Celebrity Big Brother." Jonathan came out as a gay man in 2017 and is currently dating former "Amazing Race" contestant and current "Celebrity Page" host Jaymes Vaughan.

We're not sure if Damian ever got his pink shirt back, but we do know what Daniel Franzese has been up to since "Mean Girls" (and not just because he's appeared in a number of pics with Lindsay Lohan on Instagram). In 2014, he directed his first feature documentary, "Allee Willis Loves Detroit," and began starring on the HBO drama "Looking." He's also involved in theater: In 2011, he wrote a show called "Jersey Shoresical: A Frickin' Rock Opera," and he starred in a show called "Found" in New York. He more recently appeared on the ABC series "Conviction" and in 2018's "The Con Is On." Daniel came out publicly in 2014 in an open letter to his "Mean Girls" character. He was engaged to his longtime boyfriend, stylist Joseph Bradley Phillips, but the couple called off their nuptials in 2018.

Tim Meadows was one of the only "Mean Girls" cast members to return for the 2011 TV movie "Mean Girls 2," which failed to capture any of the original movie's magic. He also starred in movies like "Walk Hard: The Dewey Cox Story," "Grown Ups" and "Trainwreck" and has had roles on shows like "The Bill Engvall Show," "The Colbert Report," "Brooklyn Nine-Nine" and "Bob's Burgers." The "Saturday Night Live" alum currently stars as Principal Glascott on ABC's "Schooled." Tim married Michelle Taylor in 1997, but the couple split up in 2005. They have two sons, Julian and Isaiah.

In real life, Amy Poehler is a mom to Archibald and Abel, her sons with ex-husband Will Arnett. The couple married in 2003 and divorced in 2016. She went on to date comedian Nick Kroll and New York attorney Benjamin H. Graf. Amy left "Saturday Night Live" in 2008 in the middle of her eighth season. The following year, she began starring on the NBC sitcom "Parks & Recreation," which received 14 Emmy nominations. She's also made a mark on the big screen, starring in flicks like "Blades of Glory," "Horton Hears a Who!" "Inside Out" and "Alvin and the Chipmunks: The Squeakquel." Amy currently co-hosts the NBC competition show "Making It" and is set to co-star with Tina Fey in the 2019 Netflix movie "Wine Country," which she also produced and directed.

All you sucka emcees ain't got nothing on Rajiv Surendra, who played mathlete/wannabe rapper Kevin Gnapoor in "Mean Girls," his first movie.

Toronto native Rajiv Surendra pretty much left Hollywood after "Mean Girls." In 2016, he wrote "The Elephants in My Backyard," a memoir about his failed attempts to win the lead role in the 2012 film "Life of Pi." Rajiv currently lives in New York, where he works as a calligrapher, painter, chalk artist and potter.

After scoring recurring roles on "Whistler" and "Men in Trees," Diego Klattenhoff nabbed his first TV starring role as Mike Callahan on "Mercy." He had a significant role as Mike Faber on "Homeland" and currently stars in "The Blacklist" as Donald Ressler. In 2013, he appeared on the big screen in "After Earth" and "Pacific Rim." Though Diego has found much success in Hollywood, he manages to stay out of the headlines by living a very private life. 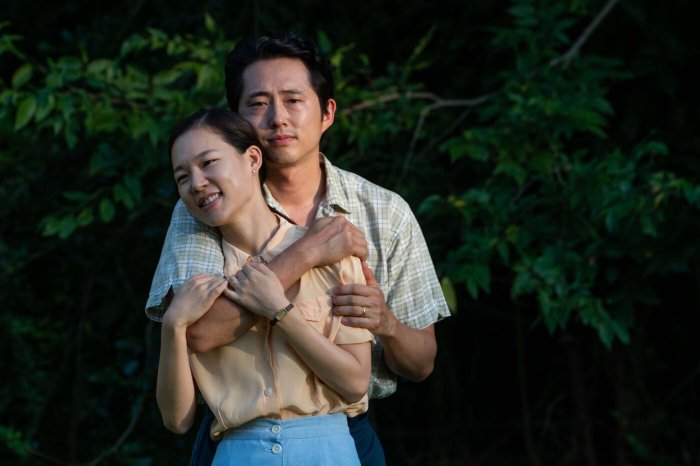 Up Next Where to stream