It's been 20 years since "Never Been Kissed" opened in theaters on April 9, 1999. The rom-com centers around Drew Barrymore's Josie Geller, a super-nerdy 25-year-old journalist who goes back to high school as part of an undercover assignment. In the process, she falls in love with her English teacher, Michael Vartan's Sam Coulson, and after stirring up a whole lot of drama, invites him to the state championship baseball game to give her her "first real kiss" in the middle of the field before the first pitch. We all know what happens next! In honor of the iconic kiss's big anniversary, Wonderwall.com is taking a look back at more unforgettable film liplocks. Keep reading for more…

RELATED: "Never Been Kissed" stars: Where are they now?

Swoon! It's one of the most romantic moments ever captured on film: Ryan Gosling's Noah and Rachel McAdams' Allie share a passionate, rain-drenched smooch after reuniting following a lengthy separation and confirming that "it still isn't over" for either of them in 2004's "The Notebook."

You don't have to be a fan of superhero flicks to appreciate the upside-down kiss between Tobey Maguire's Peter Parker and Kirsten Dunst's Mary Jane Watson in 2002's "Spider-Man." In the movie, MJ thanks Spidey for saving her from a group of thugs by rolling down his mask just far enough to plant a wet one on him.

How could we forget the spaghetti smooch?! The titular pups in 1955's "Lady and the Tramp" accidentally share their first kiss while chowing down on some pasta during a candlelit dinner at Tony's Italian restaurant.

"Kiss me. Kiss me as if it were the last time," Ingrid Bergman's Ilsa Lund unforgettably tells her former lover, Humphrey Bogart's Rick Blaine, in 1942's "Casablanca." (And so it was!)

Millions of hearts melted when Leonardo DiCaprio's Jack Dawson and Kate Winslet's Rose DeWitt Bukater shared their first kiss in 1997's "Titanic." (Sadly, one thing that failed to melt was that damn iceberg.)

The first kiss between Bella (Kristen Stewart) and Edward (Robert Pattinson) was so intense, he had to fling himself across her bedroom to stop himself from losing control in 2008's "Twilight." That, ladies and gentlemen, is what we call passion.

They were such babies! After practicing kissing on their arms, Anna Chlumsky's Vada adorably stole a smooch from her BFF, Macaulay Culkin's Thomas J., in 1991's "My Girl."

After Vivien Leigh's Scarlett O'Hara threatens to faint following her aggressive first kiss with Clark Gable's Rhett Butler in 1939's "Gone with the Wind," he fires back, "This is what you were meant for. None of the fools you've ever known have kissed you like this, have they?" Indeed, it wasn't until their marriage crumbled that the Southern belle realized her third husband had always been the one for her.

A pottery wheel leads to an intense makeout session between Demi Moore's Molly and Patrick Swayze's Sam in 1990's "Ghost." Of course, it's only one of several extremely sensual moments in the romantic thriller — the others involve Sam briefly possessing a psychic played by Whoopi Goldberg and, later, giving Molly a final kiss goodbye before his spirit is finally at peace.

It's another iconic rain-drenched kiss! George Peppard's Paul Varjak and Audrey Hepburn's Holly Golightly memorably smooch after finding her cat — which the flighty socialite had released into the torrential downpour only moments before — at the conclusion of 1961's "Breakfast at Tiffany's."

It's a birthday wish come true for Sam Baker (Molly Ringwald) when she locks lips with her crush, Michael Schoeffling's Jake Ryan, while illuminated by 16 candles glowing atop her birthday cake in 1984's "Sixteen Candles."

Finally! It took a whopping 12 years for Billy Crystal's Harry to realize that he was in love with Meg Ryan's Sally in 1989's "When Harry Met Sally." After more than a decade of friendship, the duo confess that they truly are something more during a New Year's Eve bash, sealing the deal with a kiss just seconds after the countdown to midnight.

Selma Blair and Sarah Michelle Gellar won the MTV Movie Award for best kiss with their steamy smooch in 1999's "Cruel Intentions." It all goes down in Central Park, where Selma's devious Kathryn Merteuil teaches Selma's naive Cecille Caldwell how to kiss after first brushing her hair.

Claire Danes and Leonardo DiCaprio broke our hearts with their beautiful first kiss as the titular star-crossed lovers in 1996's "Romeo + Juliet."

It's one of the most romantic moments in science-fiction cinema: Trinity (Carrie-Anne Moss) tells Neo (Keanu Reeves) that she knows he's the one because she's in love with him in 1999's "The Matrix." As she plants a kiss on his lips, he suddenly breathes new life and rises to defeat Agent Smith.

Jake Gyllenhaal's Jack Twist and Heath Ledger's Ennis Del Mar share many passionate moments in 2005's "Brokeback Mountain," but by far the sweetest comes early in the film, when the two cowboys kiss for the first time in a tent in the Wyoming mountains.

Fred Savage's onscreen alter ego might not have been a fan of all the kissing between Robin Wright's Princess Buttercup and Cary Elwes' Westley in 1987's "The Princess Bride," but we sure were! Our favorite liplock comes when Buttercup realizes (after pushing him down a giant hill) that The Man in Black is her long-lost love. "Death cannot stop true love. All it can do is delay it for a while," he tells her during their heartfelt reunion.

In 1995's "Clueless," Josh (Paul Rudd) and Cher (Alicia Silverstone) share their first kiss on the stairway at her palatial Beverly Hills home. The rom-com then cuts to Ms. Geist and Mr. Hall's wedding, during which the blonde beauty catches the bouquet. She and her older beau celebrate with a sweet smooch, with Josh reaching up to tenderly tug on one of Cher's ringleted curls. Aww! 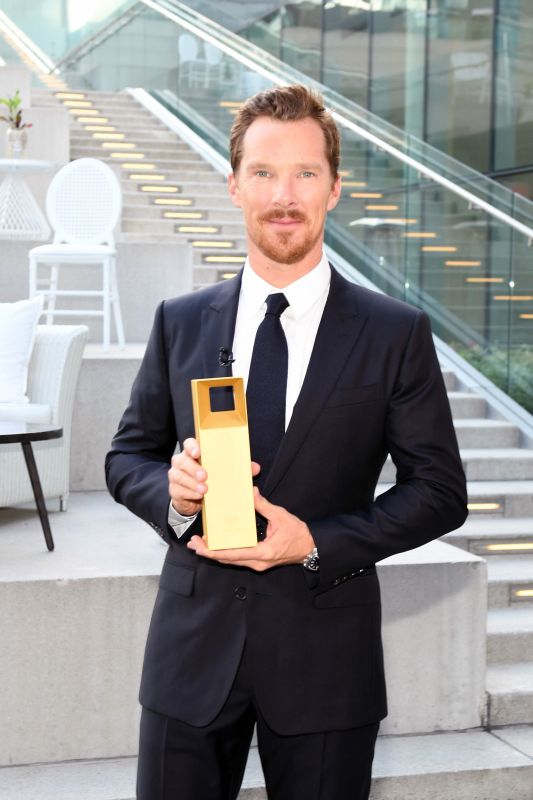