Let's face it, we could all use some entertainment while we stay safe at home! Fortunately, major movie studios have come to the rescue by offering up films that either recently hit theaters or had been scheduled to open while lockdowns were in effect for purchasing, renting or streaming. Whether you're looking for something for the whole family, a scary movie respite or a lighthearted comedy, Wonderwall.com has some suggestions: We've rounded up a list of flicks you can see earlier than originally scheduled, due to the coronavirus crisis. First up? Will Smith and Martin Lawrence's "Bad Boys for Life"! The actors reunited for the third installment in the franchise, which opened in theaters in January. This sequel earned more than $400 million at the box office despite coming 17 years after the film's last sequel, "Bad Boys II," so it clearly didn't disappoint diehard fans. Now it's available for purchase to stream via Amazon, Apple and Google Play. Keep reading for more movies you can watch from home earlier than usual…

RELATED: Fun and feel-good movies to stream while social distancing

Need to entertain the kids? "Sonic the Hedgehog," which is based on the beloved video game character, is fun for the whole family! Jim Carrey, James Marsden and Tika Sumpter star in this action-adventure comedy, which had the biggest opening weekend for a video game flick in both the United States and Canada when it came out in late January. It makes for the perfect family movie night if you purchase it to stream on Amazon, Apple or Google Play.

RELATED: Livestreams and concerts to stream while quarantining

If you were eagerly awaiting the release of Issa Rae and Kumail Nanjiani's comedy "Lovebirds" in theaters, we have good news! Since the COVID-19 pandemic foiled plans for a traditional theatrical release, it's moved to Netflix where it will debut on May 22.

RELATED: Celebrities who tested positive for the coronavirus

Looking for a spooky, scary movie? "The Invisible Man," the in-name-only remake of the old monster classic based on the famous H.G. Wells sci-fi novel, was released in theaters in late February. The flick starring Elisabeth Moss, which earned $124.5 million at the box office before global lockdowns began, provides plenty of gore that scare you from the comfort of your own home if you purchase it to stream on Amazon, Apple or Google Play.

For a dash of romance and religion, try "I Still Believe" starring KJ Apa and Britt Robertson in a tragic love story. The Christian drama is actually based on the real-life tale of Christian singer Jeremy Camp and his wife, who died shortly after they married. Originally released in theaters on March 13, it's now available to purchase and stream on Amazon, Apple and Google Play. It also can be watched on VOD services.

Pixar fans, rejoice! Even though "Onward" was released in theaters in early March, the coronavirus pandemic resulted in a very early digital release just two weeks later — meaning you can purchase this heartwarming family film to stream. It includes voice work from Chris Pratt, Julia Louis-Dreyfus, Octavia Spencer and Tom Holland and centers around elf brothers on a mission to bring back their deceased dad using magic. The sweet flick earned $103 million worldwide during its short theatrical release, and now you can purchase it to stream it via Amazon, Apple or Google Play at home, or catch it on Disney+!

Looking for some eye candy with your antics? "The Gentlemen," which was originally released in theaters in late January, stars Matthew McConaughey, Charlie Hunnam, Henry Golding and Hugh Grant, to name just a few. The Guy Ritchie flick picked up $115 million worldwide and earned mostly positive reviews from critics, so if an action comedy with hunky men sounds up your alley, purchase it to stream from Amazon, Apple or Google Play.

The classic Jack London novel was reimagined earlier this year with Harrison Ford's "Call of the Wild." The adventure flick earned $107 million at the worldwide box office and netted mixed reviews, but you can check it out for yourself if you purchase it to stream on Amazon, Apple or Google Play.

Calling all Jane Austen fans! Even though "Emma" only hit theaters shortly before cinemas were shuttered due to the coronavirus pandemic, you can already check out this new adaptation of the beloved novel at home. Anya Taylor-Joy, Johnny Flynn and Mia Goth star in the latest version, which earned great reviews. Purchase it to stream on Amazon, Apple or Google Play tonight!

The animated sequel "Trolls World Tour" was scheduled to hit theaters in April, but due to the global health crisis, Universal opted to release it digitally on its original theatrical release day instead! Now you can watch it via YouTube, Google Play or Amazon.

Those seeking a black comedy need look no further than "Downhill." The Will Ferrell and Julia Louis-Dreyfus flick — which is actually a remake of a 2014 film called "Force Majeure" — premiered at the Sundance Film Festival in January to mixed reviews then hit theaters on Valentine's Day. If you want to see what it's all about, it's now available for purchase to stream on Amazon, Apple and Google Play.

Ben Affleck's "The Way Back" earned great reviews during its limited run in theaters. The film, which came out in March right before most states' lockdowns began, sees the star playing an alcoholic construction worker who becomes the coach of his former high school's basketball team. Now you can purchase it to stream via Amazon, Apple or Google Play.

Though "Dolittle" didn't garner glowing reviews, Robert Downey Jr. fans won't be disappointed by the fun spectacle. The movie earned $227.9 million worldwide following its January theatrical release, and now you can watch it in the comfort of your own home with your own snacks! Purchase it to stream on Amazon, Apple or Google Play.

For a dose of superhero fun, check out Vin Diesel's "Bloodshot." The comic book-inspired action movie, which follows a Marine who's brought back to life to be used as a weapon, opened in March and earned $29 million just before theaters closed around the world. Due to the unfortunate timing, two weeks later, Sony released it to to stream at home on Amazon, Apple or Google Play — so fans can now see Vin in action as Ray Garrison, aka Bloodshot, on their couch.

Based on the '70s TV series, the dark and twisty "Fantasy Island" was doing well in theaters — it debuted on Feb. 14 — prior to the coronavirus pandemic. It stars Lucy Hale, Maggie Q, Austin Stowell and Michael Pena. You can now make it a date night at home and check it out via Amazon, Apple, Fandango Now and other streaming services.

"Frozen II" wasn't supposed to hit streaming services until the summer, but due to the COVID-19 pandemic, Disney gave families a gift when it added the animated sequel to its subscription service, Disney+, on March 15 — a whole three months earlier than scheduled!

Michael B. Jordan's "Just Mercy," which is based on a true story, chronicles his defense lawyer character as he works to exonerate a death row inmate played by Jamie Foxx. This powerful flick is now available to purchase or rent on Amazon, Apple, Google Play and YouTube.

Margot Robbie's "Birds of Prey" hit theaters in February. But now fans of Harley Quinn can catch her in action from the comfort of their own couch. The flick is able to purchase or rent via Amazon and Apple and is on VOD services from cable and satellite providers.

"The Hunt" has had a rocky and controversial road to theaters. It was originally scheduled to open in September 2019 but was delayed due to mass shootings in El Paso, Texas, and Dayton, Ohio. It was then rescheduled for a March 2020 theatrical release, which saw it open just a week before most states went into lockdown. If you're still curious about this disturbing satirical flick that centers around elite liberals hunting and shooting conservatives for fun, you can rent it to stream on Amazon, Apple, Fandango Now and Google Play.

The horror film "Gretel and Hansel" — a new take on the popular fairy tale that hit theaters in January — is now available to buy on YouTube, Amazon Prime or Google Play. You can also snag it on Blu-ray, DVD and On Demand beginning May 5. 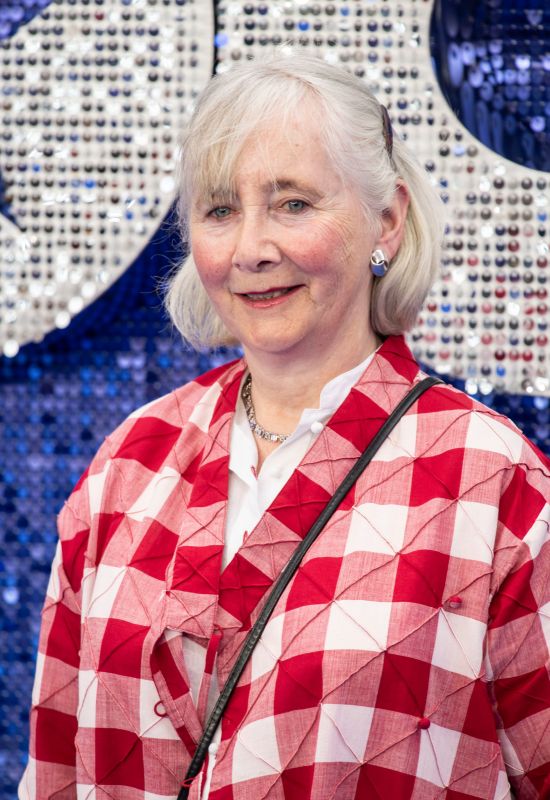