"Smurfs: The Lost Village" opens in theaters on April 7, 2017. To celebrate the animated film — which is not a sequel to 2011's "The Smurfs" or 2013's "The Smurfs 2" — Wonderwall.com has the scoop on everything you need to know about the famous faces who comprise the voice cast. Keep reading to find out who voices Papa Smurf, Hefty, Brainy and more of our favorite diminutive blue villagers, starting with the brave, adventurous and independent Smurfette, who's long been the only female Smurf. You might recognize her as the voice of singer-actress Demi Lovato!

Demi Lovato launched her career on "Barney & Friends" before scoring her first big break with the Disney Channel's "Sonny with a Chance," which debuted in 2009. The former child actor also starred on 2008's "Camp Rock" and its 2010 sequel, appeared on "Glee" and "From Dusk Till Dawn: The Series," served as a judge on the U.S. version of "The X Factor" during its second and third seasons and released five successful studio albums between 2008 and 2015. But it hasn't always been easy for the singer-actress, who memorably romanced Trace Cyrus, Joe Jonas and longtime love Wilmer Valderrama. She went to rehab in 2011 for emotional and physical issues and in March 2017 celebrated five years of sobriety. After dating UFC star Luke Rockhold in late 2016, Demi is now seeing MMA fighter Guilherme Vasconcelos.

RELATED: Everything you need to know about the cast of the new "Power Rangers"

Joe Manganiello is hunky Hefty, the strongest and bravest of all Smurfs.

RELATED: Everything you need to know about the cast of "Rogue One"

Joe Manganiello made his feature film debut in 2002's "Spider-Man." He then worked predominantly on television, with roles on "American Heiress," "One Tree Hill" and "How I Met Your Mother" before he scored his breakthrough role: werewolf Alcide Herveaux on "True Blood," on which he starred from 2010 to 2014. The HBO drama helped him land roles in "Magic Mike," "Sabotage" and "Magic Mike XXL." In late 2015, Joe and Sofia Vergara tied the knot after less than two years as a couple.

Jack McBrayer is the voice of Clumsy, who's always willing to pitch in and help — even though his accident-prone nature often causes more harm than good!

Jack McBrayer scored his big break when "30 Rock" debuted in 2006. The funnyman starred as NBC page Kenneth Parcell until 2013 and earned an Emmy nomination in 2009 for his work on the sitcom. (He also earned two Emmy nominations for his web series based on the show.) The role helped him land parts in comedies "Talladega Nights: The Ballad of Ricky Bobby," "Walk Hard: The Dewey Cox Story," "Forgetting Sarah Marshall," "A Thousand Words" and "The Campaign." Jack also voiced characters in "Despicable Me" and "Wreck-It Ralph," has appeared on several episodes of "The Increasingly Poor Decisions of Todd Margaret," "Drunk History" and "The Middle" and headlined the short-lived 2015 sitcom "The Jack and Triumph Show."

Danny Pudi is Brainy, the smartest Smurf — and also most socially unaware!

After small roles on "Gilmore Girls" and "Greek," Danny Pudi scored his big break when "Community" debuted in 2009. He starred as Abed on the sitcom until 2015. The role helped him win small parts in "The Guilt Trip," "Captain America: The Winter Soldier" and "Star Trek Beyond." He also currently stars on the NBC sitcom "Powerless." He reportedly wed his college sweetheart, Bridget Showalter, in 2004. They welcomed twins Fiona and James in 2012.

Mandy Patinkin is the voice of Papa Smurf, the kind and protective leader of the Smurfs.

Mandy Patinkin launched his career as an actor on Broadway and earned a Tony Award for his performance in "Evita." He made his feature film debut in 1981's "Ragtime" and appeared in 1983's "Yentl" — for which he earned a Golden Globe nomination — but is most often associated with his role as Inigo Montoya in 1987's "The Princess Bride." Since he proclaimed, "You killed my father; prepare to die," Mandy has released seven albums, continued his work on the stage, appeared in several films and earned Emmy nominations for his work on "Chicago Hope," "The Larry Sanders Show" and "Homeland," on which he currently stars. The Juilliard alum (he never graduated) has been married to actress-writer Kathryn Grody for nearly four decades. They have two adult sons, Isaac and Gideon.

Rainn Wilson voices the villainous Gargamel, who desperately wants to be recognized as the most powerful wizard in the world but is completely inept.

Rainn Wilson made his feature film debut in 1999's "Galaxy Quest" and then popped up in "Almost Famous," "America's Sweethearts," "House of 1000 Corpses" and "Sahara" and on "Six Feet Under" before he scored his major breakthrough with NBC's "The Office," on which he starred from 2005 to 2013. (He earned three Emmy nominations for his work on the sitcom.) The funnyman went on to appear in "My Super Ex-Girlfriend," "Juno," "The Rock," "Transformers: Revenge of the Fallen" and horror flick "The Boy." Rainn also headlined the short-lived FOX series "Backstrom." He's been married to Holiday Reinhorn for more than two decades. They have one son, Walter.

Julia Roberts is SmurfWillow (right), the leader of Smurfy Grove, the titular village in "Smurfs: The Lost Village." According to her official character description, the brand new character is "simultaneously peaceful and fierce — a confident and gentle leader who has raised warrior girls who are capable of anything."

Julia Roberts got her big break when "Mystic Pizza" debuted in 1988. Since then, she's scored Academy Award nominations for her performances in "Steel Magnolias," "Pretty Woman" and "August: Osage County." She also won the Oscar for best lead actress in 2001 for her work in "Erin Brockovich." Additionally, Julia earned Emmy nominations for her work on "Law & Order" in 1999 and on "The Normal Heart" in 2014. After high-profile relationships with Liam Neeson, Dylan McDermott, Kiefer Sutherland (to whom she was engaged), Jason Patric (with whom she ran away after dumping Kiefer the day before their wedding), Lyle Lovett (to whom she was briefly married), Matthew Perry and Benjamin Bratt, she finally found lasting love with cameraman and cinematographer Danny Moder. They tied the knot in 2002 and have since welcomed three children: twins Phinnaeus and Hazel and son Henry.

Michelle Rodriguez is the voice of the overprotective and cautious SmurfStorm, "the no-nonsense, tough-as-nails warrior who immediately questions why Smurfette and the boys have come to Smurfy Grove."

Michelle Rodriguez made her acting debut in 2000's "Girlfight." Since then, she's appeared in two installments of the "Resident Evil" film franchise and in "Blue Crush," "S.W.A.T.," "Avatar" and "Machete." But she's most beloved for her role as Letty in the "Fast and Furious" franchise. She also starred on "Lost" from 2005 to 2010. Michelle was romantically linked to Colin Farrell early in her career and dated both Cara Delevingne and Zac Efron in 2014.

Ellie Kemper is the voice of the bubbly and optimistic SmurfBlossom, who "lights up a room with her huge energy — she walks and talks a mile a minute, she's never met a Smurf she didn't like, and she bowls everyone over with her candy-sweet, bubbly personality."

Ellie Kemper scored her big break when she joined the cast of "The Office" as Erin Hannon in 2009. Since then, she's popped up in films "Get Him to the Greek," "Somewhere," "Bridesmaids," "21 Jump Street" and "Sex Tape." She also had a brief stint on "The Mindy Project," voiced Crackle on "Sofia the First" and lent her voice to 2016's "The Secret Life of Pets" and 2017's "The Lego Batman Movie." Ellie has starred on "Unbreakable Kimmy Schmidt" since 2015 and earned an Emmy nomination for her work on the show in 2016. She married "Conan" writer Michael Koman in 2012. They welcomed their first child, son James, in 2016.

Ariel Winter is the voice of SmurfLily, the "whip-smart, no-nonsense member of the Lost Village" who's "not afraid to tell you like it is or to take charge — even when no one asked her to."

Ariel Winter scored her major breakthrough in 2009 — the same year she had a five-episode stint on "ER" — when "Modern Family" debuted. The former child star, who's served as the voice of the titular princess on "Sofia the First" since 2013, also voiced characters on "Jake and the Never Land Pirates" and "Phineas and Ferb" and appeared in 2010's "Killers." She moved on with "The Killing" actor Levi Meaden after her long-term relationship with Laurent Claude Gaudette came to an end in 2016. But things haven't always been easy for the TV teen, who was legally emancipated from her mother in 2015 after she was removed from her care in late 2012 amid allegations of abuse. She's also become a loud proponent for body positivity after undergoing a breast reduction surgery in mid-2015.

Meghan Trainor is the voice of Smurfy Grove's SmurfMelody, who can "bust out an empowering tune at just the right moment."

Though Meghan Trainor launched her career as an artist when she was just a teenager, releasing independent albums, singing backing vocals and writing songs for other acts, it wasn't until her breakthrough single "All About That Bass" debuted in 2014 that she suddenly shot into the spotlight. She scored two Grammy nominations for the hit track and has since released two major studio albums: 2015's "Title" and 2016's "Thank You." Meghan even won the Grammy for Best New Artist in 2016. "Smurfs the Lost Village" marks her first foray into Hollywood. The singer also contributed a song, "I'm a Lady," to the soundtrack. She and "Spy Kids" star Daryl Sabara have been an item since late 2016.

Tituss Burgess is the beflowered Vanity Smurf, who's completely obsessed with himself and his superior appearance.

Tituss Burgess launched his career on Broadway before he found success as a TV actor. He appeared on episodes of "Blue Bloods," "30 Rock" and "Royal Pains" and appeared in the 2014 independent film "Are You Joking?" before he scored his major breakthrough with "Unbreakable Kimmy Schmidt," on which he's starred as Titus Andromedon since 2015. (He's earned two Emmy nominations for his work on the show.) Since then, the Hollywood newcomer has voiced a role in 2016's "The Angry Birds Movie" and appeared in 2017's "Catfight." 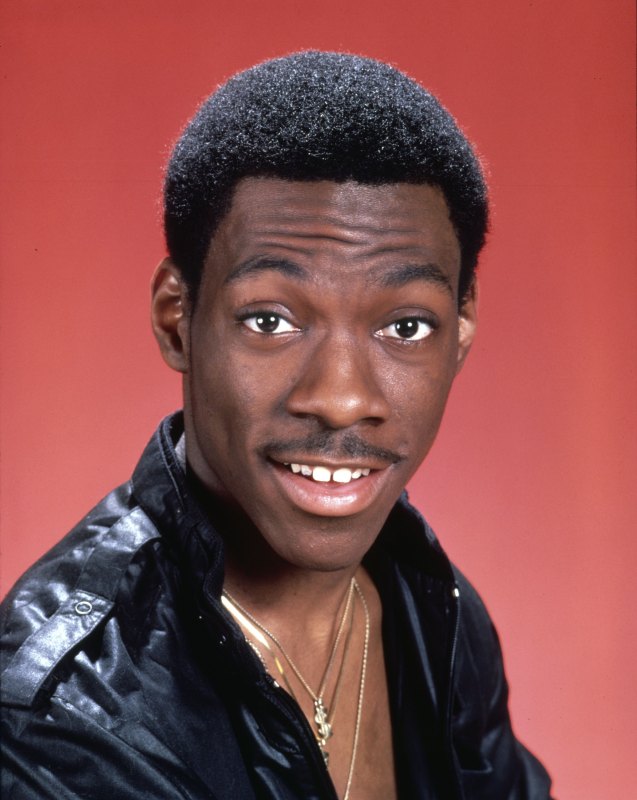