On May 22, 2018, "Indiana Jones and the Kingdom of the Crystal Skull" celebrates its 10th anniversary. The movie starring Shia LaBeouf, Harrison Ford and Karen Allen was supposed to revive the famous '80s franchise that saw our beloved Indie traversing the globe in search of ancient artifacts. However, it failed to draw in the big numbers (or great reviews) the way previous films in the franchise did. It also didn't help that the film's youngest star, Shia, later threw shade on the movie when he said, "the actor's job is to make it come alive… and I couldn't do it" after mentioning problems with the film's writing and directing. While the movie wasn't the worst reboot to ever hit the big screen, it wasn't the greatest either. In honor of the 10-year milestone, Wonderwall.com is taking a look at some of the most terrible rebooted movies that should never have seen the light of day. Keep reading for more…

RELATED: Stars who hated the roles that made them famous

The 1998 reboot of "Psycho" made moviegoers question their sanity. Based on the 1960 original starring Janet Leigh and Anthony Perkins, the remake cast Anne Heche and Vince Vaughn in the story about a murderous hotel owner and managed to ruin everything we loved about the horror franchise. Audiences weren't thrilled either. The film cost $60 million to make but only managed to bring in $37 million in global sales.

The love-story-meets thriller "My Bloody Valentine" was a hard sell in 1980, so we're not sure why someone thought it was a good idea to reboot it in 2009, but alas, here we are. Jensen Ackles (not pictured), Kerr Smith, Tom Atkins and Jaime King starred in the horror mystery about a man who comes home on the anniversary of the murder spree that took 22 lives, only to find he's the No. 1 suspect.

Not everyone hated the 2001 remake of "Planet of the Apes" starring Mark Wahlberg. However, enough people trashed the film that Mark never returned to the franchise (even though he was our favorite part). The movie, about a man who discovers an Earth-like planet run by apes, was based on the 1968 original starring Charlton Heston and Roddy McDowall.

The 2004 comedy "Taxi" was based on the 1998 French comedy of the same name but didn't inspire the same joie de vivre as the first. Starring Jimmy Fallon and Queen Latifah, the painfully uninspired comedy told the story of a down-on-his-luck cop and a streetwise cabby who work together to take down a ring of Brazilian bank robber models. It fell flat with audiences and did nothing to help propel either star's career.

We really wanted to like the 2017 reboot of "The Mummy" starring Tom Cruise because he's a legend at this point and just about every movie he makes turns to gold. Except this one, because, no. Based on the 1999 film of the same name starring Brendan Fraser, this version of the fantasy-adventure was an odd combo of Tom trying to be funny while escaping the scourge of an evil undead Egyptian queen and just didn't work on any level.

If it isn't broke, don't fix it. Unfortunately, the producers of the 2010 reboot "The Karate Kid" didn't heed this timeless advice and forced us to endure one of the most painful coming-of-age-meets-martial arts stories on the screen. Starring Jaden Smith and Jackie Chan, this reboot was a cheesy version of the film that made us all want to "wax on, wax off."

Perhaps Russell Brand wasn't the best choice to play a lovable rich guy in the 2011 remake of this classic comedy about a rich alcoholic who learns the meaning of love. Russell's take on the character originally played by Dudley Moore left us all with a bit of a sour taste in our mouths. Maybe audiences were over the funny-drunk storyline or maybe Russell, with his talent for making every character he plays seem like a total a–hole, just wasn't the right man for the job.

One mythical monster reboot that gets no love from us is 1998's "Godzilla" starring Matthew Broderick, Jean Reno and a ridiculous aquatic dinosaur. The movie, based on the 1954 Japanese original, was so terrible, it even had a scene involving Matthew using an over-the-counter pregnancy test to find out if 'Zilla was pregnant (we're dead serious). Spoiler alert: The asexual monster that was tearing apart their city was indeed with child. Pregnancy hormones are no joke.

The 2005 comedy "Guess Who" was meant to be a humorous, modern day take on interracial dating based on the 1967 original, "Guess Who's Coming to Dinner." Sadly, the movie was a flop in every sense of the word. Starring Ashton Kutcher and Bernie Mac, the movie failed to do any service to mixed-race couples and had few genuinely funny moments to keep audiences engaged.

When director Rob Zombie set out to reboot the horror franchise "Halloween" in 2007, we were pretty stoked, until we actually watched it. His film, based on the 1978 original about a masked murderer named Mike Myers, went from thriller to in-your-face gorefest that was so over-the-top and gross, audiences spent most of the movie looking away in disgust. On Oct. 19, 2018, yet another director (this time it's David Gordon Green) is taking a stab at a remake and we're hopeful it will have all the terror and none of the turn-off.

Even a new Freddy Krueger (played by Jackie Earle Haley) couldn't breathe new life into the 2010 reboot of "A Nightmare on Elm Street." The hour-and-35-minute horror show featured the same gimmicky scare tactics used on audiences in the '80s (when the franchise first bloomed) but failed to deliver anything fresh. While we all love a good startle, the lack of a believable storyline and meaningful characters made this film the real nightmare.

In 2011, we were forced to endure a remake of "Footloose" based on the perfect 1984 film of the same name. In the second try, Julianne Hough and Kenny Wormald took over the roles of Ariel and Ren made famous by Lori Singer and Kevin Bacon decades before in the movie about a teen boy who inspires a community to dance. Audiences were tapping their feet during the movie because they were in a hurry for it to end!

"Fame" was a 1980 movie that was turned into a wildly popular TV series that ran from 1982 to 1987. It makes sense that in 2009, producers wanted to revive the story about a group of teens attending a performing arts school in New York. Perhaps it was the odd timing of the film (just four months after similarly themed "Glee" debuted on TV) or the critically panned screenplay, but the reboot ended up being a major flop in theaters.

The 2000 reboot of the 1971 crime thriller "Get Carter" was so bad, it has a 12 percent fresh rating on Rotten Tomatoes. Starring Sylvester Stallone as Jack Carter, a mobster who realizes his brother's death in an automobile accident may have been a set up, the movie was a painful exercise in machismo and violence that failed to capture any of the magic the original star, Michael Caine, brought to the screen.

Based on the original 1939 film starring Joan Crawford, "The Women" of 2008 was an experiment in femininity that fell hard at the theaters. Instead of inspiring women with its all-female cast, the movie, starring Meg Ryan, played on the old and tired stereotype that a woman without her husband has no idea who she is in life. Aren't we more evolved than that?

"The Wicker Man" was so terrible, we almost didn't even include it on this list. Starring Nicolas Cage as a sheriff investigating the disappearance of his ex's daughter, the movie was intended to be a fresh take on the 1973 (and totally creepy) original, but it felt more like a worn-out hand-me-down full of nonsense, paranoia and neurosis. One New York Times critic called the execution of this horror film "comically inept" and that's putting it lightly.

If we're totally honest, we didn't have high hopes for a movie called "Prom Night" but even low expectations don't excuse the mess that this 2008 movie brought to theaters. Based on the 1980 original starring Jamie Lee Curtis, this time we got Brittany Snow as a beautiful teen on her prom night who, instead of having the time of her life, is forced to flee a vicious and deranged murderer.

We're nominating 2002's "Rollerball" with LL Cool J, Chris Klein and Rebecca Romijn as the worst reboot on our entire list. (Sorry not sorry.) Based on the 1975 futuristic sci-fi drama of the same name, this modern take on the film made zero sense (and failed to explain key plot points) and featured terrible dialogue. The late, great film critic Roger Ebert wrote of it, "I saw a Russian documentary once where half the shots were blurred and overexposed, because the KGB attacked the negative with X-rays. Maybe this movie was put through an MRI scan." Ouch.

The 2002 comedy "Mr. Deeds" starring Adam Sandler was, unbeknownst to many, a reboot of the 1936 romantic comedy "Mr. Deeds Goes to Town." The film — which tells the story of a simple (read: dumb) guy who becomes the controlling stakeholder in a major company and has to figure out who's trying to take advantage of him and who's really his friend — wasn't terrible compared to Adam's other films, but it was nowhere near as magical as the original.

Poor Lindsay Lohan. After starring in the cult hit "Mean GIrls" in 2004, she wound up in the 2005 reboot "Herbie Fully Loaded," which was based on the 1968 original, "The Love Bug." The film was a flop at theaters and its set was where Lindsay kicked off what would become years of behind-the-scenes troubles (this time it was due to a kidney infection).

Even comedic legend Steve Martin wasn't enough to make the 2006 revival of "The Pink Panther" stand out at theaters. Based on the 1963 original about a klutzy detective on the hunt to find the thief who stole the Pink Panther diamond, Steve and co-star Jean Reno definitely gave us some laughs, but the material they were working with was lackluster at best.

Even though Madonna is best known for her singing talent, she's not a bad actress. Sadly, that didn't come through in the 2002 reboot of "Swept Away," which was written and directed by her then-husband, Guy Richie. Based on the 1974 original about a communist sailor and his snooty female employer who wind up stranded together on a deserted island, the remake was a lukewarm and rather annoying take on an unconventional love story.

In 2005, Billy Bob Thornton took the mantle as the newest drunk and disorderly little league coach to inspire a rag-tag group of child players in "Bad News Bears." Sadly, the movie couldn't hold a candle to the 1976 original starring Walter Matthau in the lead role. Whereas the first film was a heartwarming exploration of the bond between a coach and his team, this film relied on foul language and flat emotional connections to tell virtually the same story without any of the feels. 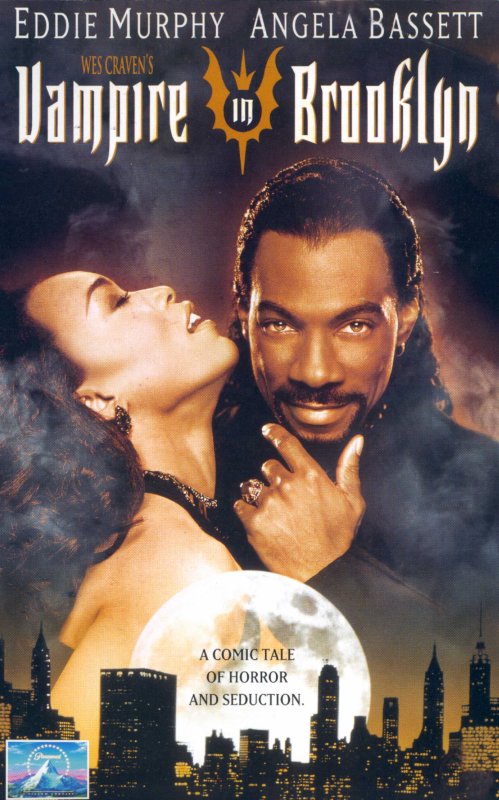