Pop stars-turned-parents! We're taking a look at all of the pop superstars who now go by the names Mom and Dad! First up is Jessica Simpson, who rose to fame in 1999 when her first single, "I Wanna Love You Forever," hit the radio. A relationship with fellow radio star Nick Lachey of 98 Degrees fame made her pop royalty as she competed with fellow music starlets Britney Spears and Christina Aguilera in the early '00s. Jessica ventured into acting for a bit in the mid-'00s before attempting to cross over to country but later focused on her business ventures, including what would become a clothing, shoe and accessories empire. After splitting from first husband Nick in 2005, she met former NFL player Eric Johnson, and the two welcomed their first child, daughter Maxwell Drew (pictured), in May 2012. Son Ace Knute followed in June 2013. The couple married the next summer, and in September 2018, Jessica announced that she and Eric were expecting baby No. 3, a little girl! Keep reading to see which other aughts-era pop stars have welcomed kiddos since finding fame…

Speaking of Jessica Simpson, ex-husband Nick Lachey is also a proud parent these days! Nick, who became a star as one of four singers in 98 Degrees in the late '90s and early '00s, shares three kiddos with wife Vanessa Lachey — son Camden (seen here), who was born in September 2012; daughter Brooklyn, who arrived in January 2015; and son Phoenix, who came along in December 2016.

Christina Aguilera's self-titled 1999 debut album established her as a force in pop music as her successful career unfolded over the next decade. In January 2008, she welcomed her first child, son Max, with then-husband Jordan Bratman. They split and she welcomed a daughter, Summer Rain, a little over six years later with fiancé Matthew Rutler in February 2014.

Nick Carter was the heartthrob of the Backstreet Boys who gained fame in the late '90s and early '00s. The pop star waited a while before settling down — he married longtime girlfriend Lauren Kitt in 2014 — then started a family in April 2016 with the birth of son Odin Reign.

Pop princess Britney Spears became a household name back in 1999 when her debut album, "…Baby One More Time," was released and its title track became one of the best selling singles of all time. From there, her legendary career unfolded, with motherhood happening somewhere in the middle! Britney welcomed her first son, Sean Preston, with then-hubby Kevin Federline in September 2005. Son Jayden James arrived almost exactly a year later in September 2006. The boys, now nearly teens, often pop up on the star's social media feeds or courtside at Lakers games with Mom and her young boyfriend, trainer Sam Asghari.

Justin Timberlake's group *NSYNC found fame in 1998 and became the biggest boy band of the era. Justin parlayed his success in the group into a lucrative solo career beginning in 2002. He wed Jessica Biel in October 2012 and the two welcomed their first and only child, son Silas, in April 2015.

On the heels of big sis Jessica Simpson's success, Ashlee Simpson carved out a career for herself as a reality star-turned-pop star. Her debut single, "Pieces of Me," came out in 2004 and was an instant hit. She followed that up with the release of her album "Autobiography," which solidified her pop career. Acting and two more albums followed before Ashlee also added a new title to her resume — mom! She welcomed her first child, son Bronx Mowgli, with then-husband Pete Wentz, the bassist for Fall Out Boy, in November 2008. Though that marriage ultimately ended in divorce in 2011, Ashlee found love again with Diana Ross's son Evan Ross, in 2013. The two wed in August 2014 and welcomed daughter Jagger Snow the following July.

*NSYNC's Chris Kirkpatrick is a new dad! The former boybander welcomed a son, Nash Dylan, in October 2017 with his wife of four years, Karly Skladany.

Latin music star Shakira crossed over to the U.S. mainstream pop charts in 2001 with her album "Laundry Service" and has maintained a vibrant career as a singer, philanthropist and onetime coach on "The Voice" ever since. In 2013, the Colombian star took on another gig as Mamá! She welcomed son Milan in January 2013 and son Sasha followed in January 2015. Papá is Spanish soccer star — and Shakira's longtime love — Gerard Piqué.

Another Backstreet Boys member with two boys is Howie Dorough, who wed longtime love Leigh Boniello in December 2007. The couple welcomed their first child, son James, in May 2009. Their second son, Holden, rounded out the family in February 2013.

AJ McLean of the Backstreet Boys is also a proud pop — he married Rochelle Deanna Karidis in December 2011 then welcomed daughter Ava Jaymes to the family in November 2012. Their second daughter, Lyric Dean, completed the McLean bunch in March 2017.

Adele hit the scene in the late '00s with "Chasing Pavements," and these days she's chasing a kiddo around! In October 2012, the music superstar gave birth to son Angelo with now-husband Simon Konecki.

Brian Littrell met his soulmate, actress Leighanne Wallace, way back in the early days of the Backstreet Boys — she was actually on the set of their music video "As Long As You Love Me." The two wed in 2000 and have one son, Baylee, who was born in November 2002.

Alicia Keys put out some massive hits in the '00s and continues to top the charts and serve as an occasional coach on "The Voice," all while raising her two children with husband Swizz Beatz — sons Egypt, born in October 2010, and Genesis (seen here), born in December 2014.

*NSYNC's Joey Fatone followed up his successful pop career with an even more fulfilling one as a dad. Joey welcomed daughter Briahna with then-girlfriend Kelly Baldwin in March 2001, three years before the couple tied the knot in September 2004. Daughter Kloey completed the family years later in January 2010.

Pink broke out in 2000 with her debut album, "Can't Take Me Home." She's still dominating pop music radio, all while also being a supermom! Pink shares daughter Willow, born in June 2011, and son Jameson, born in December 2016, with husband Carey Hart.

Just like little brother Nick Lachey, 98 Degrees star Drew Lachey is a daddy. He married wife Lea Dellecave back in October 2000 and welcomed two kids over the next decade: daughter Isabella Claire was born in March 2006, and son Hudson Nicholas was born in May 2010.

98 Degrees singer Jeff Timmons is a father of an adult! Daughter Alyssa (with ex-wife Trisha Sperry, with whom he also has as son, Jeffrey Jr.) walked the runway during New York Fashion Week in 2017 at 18 years old. The singer also has a young daughter, Ariahuna (pictured), with current wife Amanda, and is a stepfather to her two kids.

Back in 2002, Kelly Clarkson won the first season of "American Idol," which catapulted her to pop superstardom. Nowadays, she still tops the charts and even works to find new talent on "The Voice," all while also on mommy duty for her two tots: daughter River Rose, born in June 2014, and son Remington Alexander, born in April 2016. She's also serving as a stepmom to husband Brandon Blackstock's kids from a previous marriage: daughter Savannah (seen here with Kelly and River) and son Seth.

Remember Christina Milian's catchy 2000s tunes like "Dip It Low" and "Whatever U Want"? Today the former pop star is a mom to daughter Violet Madison Nash, who was born in February 2010, with producer ex-husband The-Dream.

Back in October 2000, Nelly Furtado released her debut album, "Whoa, Nelly!," which included the massive hit "I'm Like a Bird." Nearly three years later in September 2003, she gave birth to her first child, daughter Nevis Chetan. The musician has kept her daughter, whom she shares with ex-boyfriend Jasper Gahunia, out of the public eye. 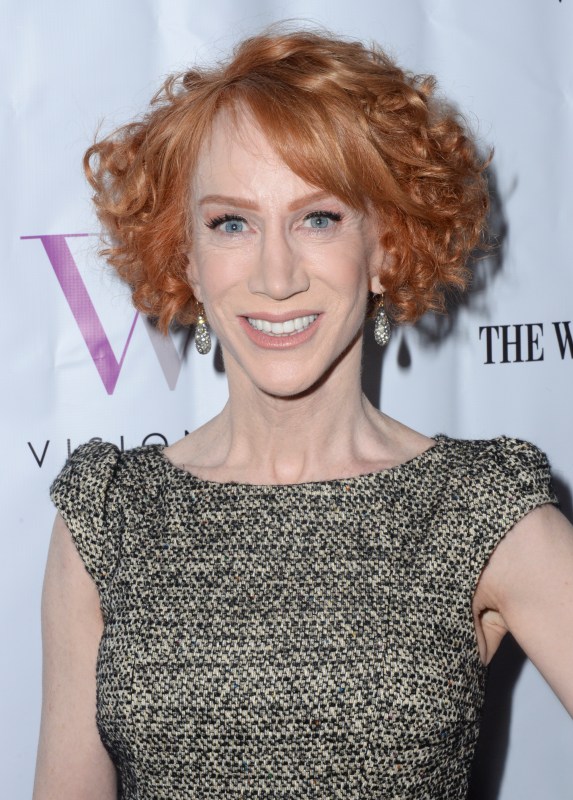 Up Next Kathy's career