Plenty of country music stars have not only sold out venues but also found themselves learning lines as they've made the jump to Tinseltown. In celebration of the 30th anniversary of "Tremors" on Jan. 19, 2020 — the film that marked Reba McEntire's movie debut — Wonderwall.com is taking a look at some of the country artists who've transitioned into acting. Let's start with Reba… After kicking things off in the 1990 horror-comedy flick co-starring "Family Ties" dad Michael Gross (pictured), she went on to appear in a slew of projects including TV movies and shows, the most notable being her comedy series "Reba," which ran for six seasons from 2001 to 2007. In 2003, Reba was even nominated for a Golden Globe Award for her performance on the show. She's also been on Broadway, starring in a 2001 revival of "Annie Get Your Gun." Keep reading for more…

Country sensation Tim McGraw is another singer who make the jump to the big screen. From films like 2004's "Friday Night Lights" to 2015's "Tomorrowland" co-starring George Clooney, Tim has flexed his acting chops in a variety of projects. The most notable film he's been a part of is probably the 2009 Oscar-nominated sports drama "The Blind Side" co-starring Sandra Bullock (pictured).

Before she was one of the biggest pop stars on the planet, she was a country starlet! Grammy-winning artist Taylor Swift made her feature film debut back in 2010 in the romantic comedy "Valentine's Day." Since then, the "Reputation" singer has appeared in a handful of films including "The Lorax," "The Giver" and "Cats," in which she played Bombalurina, the flirtatious feline among the Jellicle cats (pictured).

Late country music icon Johnny Cash acted in a handful of films during his career including the 1971 Western "A Gunfight" (pictured) with Kirk Douglas and the 1983 Japanese movie "Kairei" plus many TV shows. The "Ring of Fire" singer made his acting debut in the 1961 neo-noir crime film "Five Minutes to Live," which has since come to be regarded as a cult classic. Johnny also wrote and performed a song for the movie.

"Achy Breaky Heart" singer Billy Ray Cyrus has been acting for decades. From 2001 to 2004, the Kentucky-born artist starred on the medical drama "Doc" and from 2016 to 2017, he led the CMT series "Still the King." As for his most memorable show? That's the beloved Disney Channel series "Hannah Montana," which co-starred his real-life daughter, Miley Cyrus (pictured)! The series — on which Billy Ray played Robby Stewart, a former country star whose daughter is a super-successful pop singer — ran for four seasons between 2006 and 2011.

In 2010, "Before He Cheats" singer Carrie Underwood appeared on an episode of the hit comedy series "How I Met Your Mother" and the following year, she played a youth pastor in the biographical drama "Soul Surfer," the story of shark attack survivor Bethany Hamilton, alongside AnnaSophia Robb (pictured). Carrie also got to show off her acting chops in the 2013 NBC television special "The Sound of Music Live!" on which the "Jesus Take the Wheel" hitmaker played the lead role of Maria von Trapp.

Good golly, Miss Dolly! Country music star Dolly Parton made her TV debut on the "Cas Walker Farm and Home Hour" in 1956 when she was 10. Since then, Dolly has acted in 12 films and made more than 400 television appearances! She made a splash with her big screen debut in 1980's "9 to 5" (she also wrote and performed the film's theme song, which landed her both Oscar and Grammy nominations). More recently in 2019, the beloved cultural icon appeared in and executive produced the eight-episode Netflix anthology series "Dolly Parton's Heartstrings" (pictured).

Since making his feature film debut back in 1979 in "The Electric Horseman" opposite Robert Redford (pictured), country singer Willie Nelson has been cast in dozens of films and TV shows. From 1980's "Honeysuckle Rose" to 2019's "Waiting for the Miracle to Come," Willie has acted while his music career continued to flourish.

Like husband Tim McGraw, Faith Hill has also dabbled in acting! The "There You'll Be" singer made her acting debut in 1997 on the fantasy series "Touched by an Angel" as Karen Lamar. Faith also acted in 2004's "The Stepford Wives" (pictured) and 2015's "Dixieland."

LeAnn Rimes made her acting debut in the 1997 made-for-television flick "Holiday in Your Heart." The country star's official feature film debut followed with 2000's "Coyote Ugly" (pictured). Aside from performing near the end of the film — she sings the movie's theme song, "Can't Fight the Moonlight" — LeAnn also provided the vocals for star Piper Perabo's character, an aspiring songwriter. LeAnn went on to play singing sensation Connie Francis on the TV show "American Dreams" in 2003 and act in several more TV movies including 2009's "Northern Lights," which sparked an affair with co-star-turned-husband Eddie Cibrian, and 2018's "It's Christmas, Eve."

This country singer established himself as an exceptional actor decades ago. Kris Kristofferson, the man behind songs including "Me and Bobby McGee" and "For the Good Times," made his acting debut in 1971's "The Last Movie" and more recently appeared in 2018's "Blaze" directed by Ethan Hawke. He's appeared in more than 100 movies and TV shows during his career. In 1976, just five years after making his Hollywood debut, he starred as John Norman Howard in "A Star is Born" opposite Barbra Streisand (pictured) and won a Golden Globe Award for his incredible performance.

Dwight Yoakam has appeared in films including "Panic Room" (pictured with co-star Forest Whitaker), "Crank" and "Logan Lucky" as well as on TV series including "Wilfred," "Under the Dome" and "Goliath." His performance as Doyle Hargraves in 1996's "Sling Blade" was particularly lauded: Along with co-stars including Billy Bob Thornton, Dwight was nominated for a Screen Actors Guild Award for best ensemble cast.

Singer Toby Keith starred in the 2006 film "Broken Bridges" (pictured) alongside Kelly Preston and Burt Reynolds. After that experience, he added screenwriter to his list of accomplishments: Toby helped pen the 2008 comedy "Beer for My Horses," which also featured fellow musician-turned-actor Willie Nelson.

"Honky Tonk Badonkadonk" singer Trace Adkins made his acting debut back in 1987 in the film "Square Dance." Since then, he's appeared in various movies and TV shows including "Trailer Park of Terror" (pictured), "The Night Shift" and "Stagecoach: The Texas Jack Story." Trace has also voiced characters on shows like "King of the Hill," "American Dad" and "Higglytown Heroes."

From 1994's "Outlaws: The Legend of O.B. Taggart" with Mickey Rooney and 1997's "The Rainmaker" with Matt Damon to 2001's "Texas Rangers" alongside James Van Der Beek and 2003's "The Long Ride Home" (pictured) with Ernest Borgnine, country star Randy Travis been in plenty of movies. Like Faith Hill, Randy appeared on the CBS drama series "Touched by an Angel," portraying Sheriff Wayne Machulis in five episodes during its lengthy run.

The King of Country, George Strait, made his feature film debut in the 1982 Cold War thriller "The Soldier." In 1992, he landed a starring role in the musical Western "Pure Country" (pictured) alongside Lesley Ann Warren and Isabel Glasser. George has also voiced a character on the animated series "King of the Hill."

Country hitmaker Jason Aldean has one film to his name so far. The "Dirt Road Anthem" singer made his acting debut in the 2013 Western "Sweetwater" alongside a cast that also included Jason Isaacs, January Jones, Ed Harris and Eduardo Noriega. (That's Jason on the left in this movie poster.)

Another country sensation who's dabbled in acting is Miranda Lambert. Years after she appeared on the reality TV competition show "Nashville Star," she returned to television, only this time to act on a 2012 episode of "Law & Order: Special Victims Unit." She played an actress named Lacey Ford who's sexually assaulted by a reality TV producer.

Country Music Hall of Fame member Kix Brooks has tried his hand at acting a few times over the course of his career. He's appeared in movies including "Born Wild," "Ambush at Dark Canyon" and "You're Gonna Miss Me" as well as TV's "Home by Spring" and "To Appomattox." He's also voiced characters in animated projects including "A Country Christmas," "Horse Story" and "Timber the Treasure Dog." 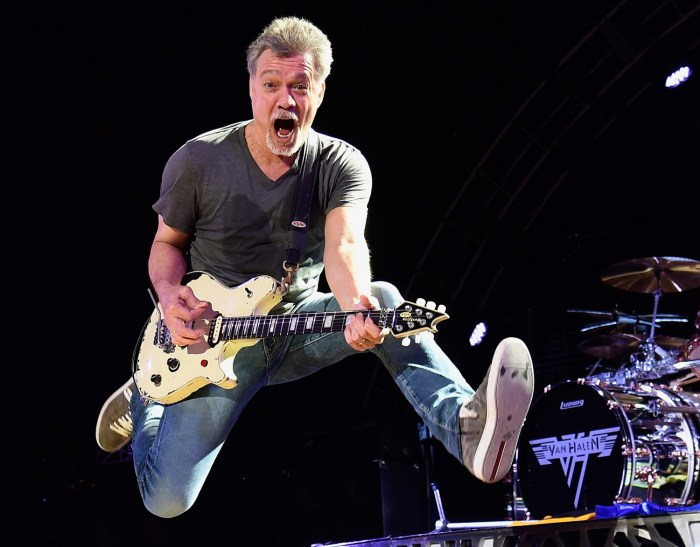 Up Next The month in music