International stars come out for the 2019 MTV EMAs

The late Whitney Houston's long-time best friend Robyn Crawford has opened up about the duo's famously close relationship. In an excerpt from her new memoir, "A Song For You: My Life with Whitney Houston," Robyn talks about long-standing rumors of a romantic relationship. "I'd come to the point where I felt the need to stand up for our friendship. And I felt an urgency to stand up and share the woman behind the incredible talent," Robyn explained. The two met in 1980 while working at a summer camp in New Jersey and immediately became close; soon, things turned physical, but that part of their relationship ended shortly after Whitney signed with Clive Davis at Arista Records. Whitney allegedly broke it off by giving Robyn a blue bible. According to Robyn, the singer told her, "If people find out about us, they would use this against us." Robyn said they also faced pressure from Whitney's devout mother: "Whitney told me her mother said it wasn't natural for two women to be that close, but we were that close. We never talked about labels, like lesbian or gay. We just lived our lives and I hoped it could go on that way forever." As for why she decided to share such intimate details of the deceased singer's life now, Robyn explained, "I wanted to lift her legacy, give her respect and share the story of who she was before the fame, and in that, to embrace our friendship."

Kanye West is "King" of the charts once again

Kanye West is back on top of the charts! On Nov. 5, it was announced that the rapper's latest album, "Jesus Is King" landed at No. 1 on the Billboard 200 chart with 264,000 equivalent album units sold. This is now Kanye's ninth No. 1 album. The real icing on the cake is that Kanye now has the No. 1 album on five separate charts also including Top Christian Albums, Top Gospel Albums, Top R&B/Hip-Hop Albums and Top Rap Albums. Congrats, 'Ye!

RELATED: Kardashian exes – Where are they now?

Looks like the 2019 American Music Awards will be a female-led affair! Organizers of the award show announced on Nov. 6 that stars including Camila Cabello, Dua Lipa, Billie Eilish and Lizzo will all be taking the stage at the Microsoft Theater in Los Angeles on Nov. 24 at 8:00 p.m. ET on ABC. This will be the first time Billie and Lizzo have performed at the AMAs where this year, Taylor Swift will be receiving a special artist of the decade award. Post Malone is the most nominated artist this year with seven nods, while Ariana Grande trails closely behind with six nominations.

George Michael is back — for one more song! Universal Music Group/Island Records released a new single from the late singer, "This Is How (We Want You To Get High)," on Nov. 6 in conjunction with the new film "Last Christmas" starring Henry Golding and Emilia Clarke. George — who died on Dec. 25, 2016 — finished the song back in 2015. His family released a statement about the decision to put it out, explaining, "This new track we proudly send as his gift to you this season to bring you all love and festive joy… Whoever you worship… Whoever you love…" "Last Christmas" — which also features some of George's previously released hit music — is in theaters on Nov. 8.

Rage Against the Machine to reunite for 2020 Coachella

Rage Against the Machine fans will be excited about this news: It was announced on Nov. 1 that the iconic rock band will take one of the headlining slots at the 2020 Coachella Valley Music and Arts Festival. The band famously took a hiatus in 2011 after a series of reunion performances. The group initially broke up in 2000, returned in 2007 and then in 2016, a couple of the bandmates formed Prophets of Rage to continue working on music. Coachella will kick off on April 10, 2020.

Taylor Swift to headline 2020 Capital One JamFest in Atlanta

Good news for you Swifties out there! While tickets to Taylor Swift's "Lover" tour are already sold out, she announced on Nov. 7 that she will be headlining the Capital One JamFest in Atlanta on April 3, 2020. The free concert will be the pop star's only performance in America outside of her four previously planned "Lover Fest" stadium shows. Taylor has previously said of this era of her music, "The 'Lover' album is open fields, sunsets and summer! I want to perform it in a way that feels authentic. I want to go to some places I haven't been and play festivals. Where we didn't have festivals, we made some."

Chris Brown had a yard sale at his house

On Nov. 6, Chris Brown had a massive yard sale at his Tarzana, California, mansion. The R&B singer released an invite on social media that included his actual home address and indicated that he would be selling "significantly marked-down high-end designer items." However, local police attempted to shut down the sale where fans were lined up around the block, claiming they were fearful of the crowd size and worried about the event's "impact on the community" and "the safety of the people who are there." 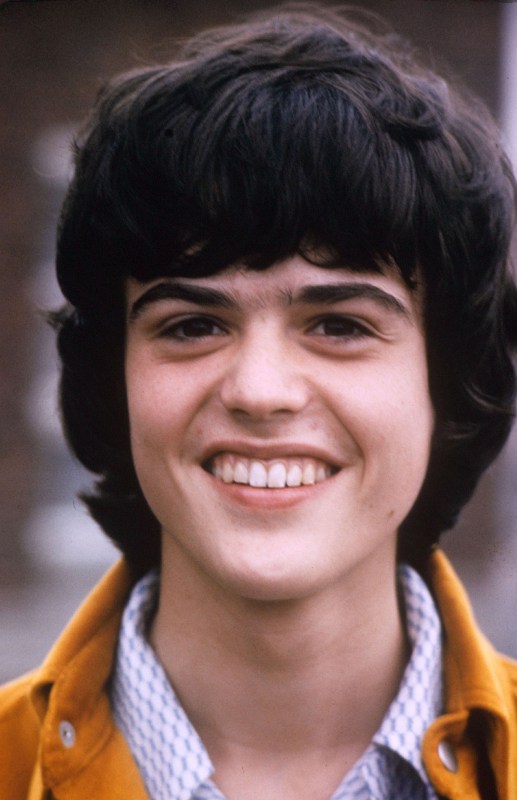 Up Next Puppy Love!