Country music is full of talented performers, but who is really the best of the best? According to the Country Music Association, these 25 artists have reigned supreme with more CMA Award wins than anyone else. In celebration of the 2019 CMA Awards on Nov. 13, Wonderwall.com is taking a look at the singers and musicians who've brought home the most trophies, starting with the Dixie Chicks. The country trio has won 10 CMA Awards all together. Keep reading for more…

Brooks and Dunn are nearly the top winning act in CMA Awards history. The country duo have taken home 17 trophies — the second-highest number of wins thus far. They most recently won the duo of the year trophy in 2006 (a category they've dominated a record 14 times).

Miranda Lambert is a major CMA Award winner: She has 13 under her belt. She most recently won the female vocalist of the year prize for the sixth time in 2017.

George Strait is the king of country music and CMA Award wins. The country music legend has won a record 23 trophies — the most in CMA Awards history! His first win came in 1985 and he most recently took home the entertainer of the year prize in 2013.

Dolly Parton is a music legend and her CMA Awards are proof. The country music icon has won nine, including a lifetime achievement award in 2016.

Keith Urban has taken home 12 CMA Awards in his career. He most recently won the 2018 award for entertainer of the year.

Brad Paisley, pictured here with wife Kimberly Williams-Paisley, has won 14 CMA Awards. He most recently scored a victory in 2010 when he took home the trophy for entertainer of the year.

Garth Brooks has taken home 13 CMA trophies during his reign as country's highest selling artist. In 2017, he won the entertainer of the year award.

Taylor Swift might be a pop princess now, but a few years ago, she was a country music darling winning tons of CMA Awards. The superstar singer has won 10, with her most recent coming in 2017 for song of the year for writing the Little Big Town hit "Better Man."

Tim McGraw has racked up 13 CMA Award wins with his most recent coming in 2013 when he took home musical event of the year and video of the year honors along with Taylor Swift and Keith Urban for their "Highway Don't Care" collaboration.

Reba McEntire has won seven CMA Award trophies, most recently scoring the 1994 best vocal event award for "Does He Love You," her duet with Linda Davis. Fun fact: Reba has been nominated a total of 50 times, the most of any female performer.

Alan Jackson is a force to be reckoned with at the CMAs, where he has won a total of 16 trophies. He most recently won the vocal event of the year award in 2003.

Carrie Underwood has won nine CMA Awards thus far and we're sure she has more coming! The "American Idol" alum most recently won the 2017 female vocalist of the year prize.

Vince Gill has had a long and successful career and his CMA Awards reflect that. The country music star has won 18 trophies, with his first win coming in 1990 and his last in 2014.

Willie Nelson is a legend who has earned 12 CMA Awards over the years. The "On the Road Again" singer last took home a trophy for vocal event of the year in 2017 for his "Funny How Time Slips Away" duet with the late Glen Campbell.

Chet Atkins won six CMA Awards during his long career, with his most recent coming in 1988 for musician of the year. The Tennessee native died in 2001 after a long battle with colon cancer.

Dave Haywood, Hillary Scott and Charles Kelley of Lady Antebellum have won six CMA Awards since they made their debut in 2008. The group most recently took home the 2011 vocal group of the year trophy.

Johnny Cash won nine CMA Awards during his career including a record five in one night in 1969! The music icon died of complications from diabetes in 2003.

Chris Stapleton, pictured here with wife Morgane, has taken home 10 CMA Award trophies. The singer-songwriter netted three — male vocalist of the year, single of the year and song of the year — in 2018 alone.

Alabama has given several CMA acceptance speeches over the years. The band has won seven awards, most recently taking home the entertainer of the year prize in 1984.

Kenny Chesney has taken home nine CMA Awards, with his most recent win coming in 2016. He won the Country Music Association Pinnacle Award that year.

George Jones won seven CMA Awards during his career, with his most recent win coming in 2001 for vocal event of the year. The celebrated country music star died in 2013.

Blake Shelton has won a total of nine CMA Awards thus far. The "The Voice" judge was a big winner in 2014, taking home the male vocalist of the year prize.

Hank Williams Jr. has been the winner of seven CMA Awards over the years, most recently winning the 1989 music video of the year trophy for "There's a Tear in My Beer." 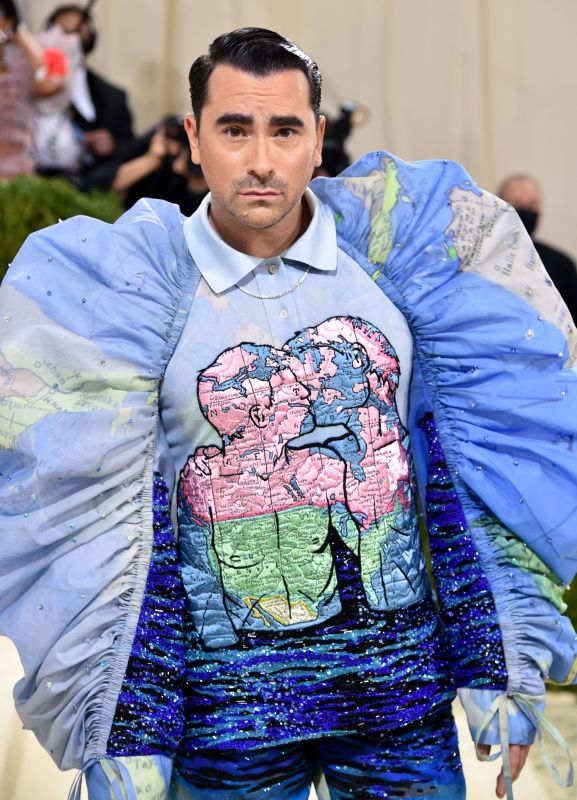 Up Next Met Gala red carpet