To celebrate John Corbett's 60th birthday on May 9, 2021, Wonderwall.com is taking a look at some of the famous hunks you might have forgotten were on "Sex and the City" when it aired on HBO from 1998 to 2004. Let's start with the birthday boy… While he's since popped up in Netflix's "To All the Boys I've Loved Before" film trilogy, John first stole our hearts when he portrayed handsome furniture designer Aidan Shaw, who captured Carrie's heart (for a moment, at least), on "SATC" during seasons 3, 4 and 6. Aidan and Carrie met at his furniture store and sparks soon began to fly! However, while they were briefly happy, that feeling didn't exactly last: Carrie ended up repeatedly cheating on Aidan with none other than Mr. Big. Major yikes. Keep reading for more…

RELATED: How the "Sex and the City" casts lives have changed

Years before he played Roger Sterling on "Mad Men" or Victor Lang on "Desperate Housewives," John Slattery had a memorable role on season 3 of "SATC" as a politician who was ultimately not a good match for Carrie Bradshaw. Let's just say Bill Kelley had some weird fetishes that even the sexpert writer couldn't handle.

RELATED: The best fashion moments from "Sex and the City"

How would you feel about a man telling you he loves you on a cookie cake? Well, Blair Underwood's season 6 "Sex and the City" character did just that to Miranda Hobbes when he starred as her hot boyfriend, Dr. Robert Leeds. C'mon, you remember… he moved into her building and they felt sparks after meeting in the elevator. Plus he was a sports doc for the New York Knicks, which made her ex, Steve Brady, super-duper jealous. But Steve eventually won her back, because Miranda was not about that I-love-you cake life.

Did you know that Bravo exec and "Watch What Happens Live" host Andy Cohen once had a role as a shoe salesman on "Sex and the City"? Yes, he slipped a pair of fabulous Manolo Blahniks onto none other than Carrie Bradshaw — Sarah Jessica Parker, that is — when he made a quiet cameo on the hit HBO show during season 6.

Remember when Carrie Bradshaw was all down in the dumps over her cover of New York Magazine that she just hated? Well, it was Bradley Cooper as Jake that came to her rescue for a little while on season 2 of "Sex and the City." They linked up at a bar, where she was drowning her sorrows over the picture. But it never worked out between them that night because he got his hands on the mag, causing her to flee the scene.

Liar, liar! Vince Vaughn's pants were on fire when his season 3 "Sex and the City" character, Keith Travers, got caught lying to Carrie Bradshaw about his job. He told her that he was a big-time Hollywood agent when, in fact, he was just a personal assistant. She finds this out when his real boss walks in on them doing the dirty in her house, which he'd claimed was his.

Seasons 1 and 2: Jared and Vaughn Wysel

Justin Theroux played the field on "Sex and the City," making not one but two cameos as two different people. Carrie must have liked him a whole lot, huh? During season 1, he appeared as her one-episode writer love interest, Jared (Mr. Big ultimately won though, again). And then he showed up as her date-of-the-week during season 2, again playing a writer, but this time the guy was named Vaughn Wysel.

While David Duchovny might be best known for his roles on "The X-Files" and "Californication," there was once a time when he appeared on this HBO series! During season 6, he portrayed Jeremy, the high school "sweetheart" Carrie reconnects with in New York City. The pair manage to hit things off once again, but their relationship hits a rough patch when Jeremy reveals he's begun treatment at a mental health facility.

We guess meeting a guy in the waiting room of your psychologist's office isn't such a great idea… At least that's what Jon Bon Jovi's character, Seth Robinson, taught us when he made a cameo on "Sex and the City" during season 2 in 1999. After Carrie tangoed under the sheets with the guy she had just met at her shrink's office, he admitted that he had a pattern of getting bored with women right after he sleeps with 'em. Oops.

Bobby Cannavale played Adam Ball, one of Samantha Jones' hot lovers on "Sex and the City" during season 3. But the film editor didn't stick around for long. Let's just say she wasn't so thrilled about a certain element of their sex life that involved her taste buds. Yuck. Enough said.

Before Miranda Hobbes settled down with sweetheart Steve Brady, she briefly dated Doug — played by comedian Jim Gaffigan — during season 4. Although he seemed like a normal dude, there was one thing he did that Miranda was never able to get over: He relieves himself while she's in the bathroom with him!

Matthew McConaughey actually played himself for his "Sex and the City" cameo during season 3. He was in talks to play Mr. Big when Carrie was pondering the idea of having her famous column and sexy life turned into a big-screen flick. She met and flirted with him on a trip to Los Angeles, but it never turned into anything.

Matthew Morrison's role on season 2 of "Sex and the City" was quite small. He played a cute server who waited on the lovely Carrie Bradshaw at table for one. Hey, would you complain if the hunky actor served you a drink? We didn't think so.

Age is just a number, right? Well, there was definitely too much of a generation gap for Carrie Bradshaw when she had a tryst with Timothy Olyphant's character Sam during season 1 of "Sex and the City." Dating a guy in his 20s with a tongue ring and a very messy apartment wasn't up her alley.

Ever meet a guy in a used bookstore? Well, Miranda Hobbes sure did on the second season of "Sex and the City." Will Arnett played her short-lived love interest, Jack, whom she met while perusing old page-turners. But his obsession with doing the dirty in public proved to be too intense for her.

It was all about no strings attached for Dean Winters when he appeared on season 2 of "Sex and the City." He played John McFadden, Carrie Bradshaw's trusty pal with, um, shall we say, benefits. It makes sense that the episode was titled "[Expletive] Buddy."

Vince Vaughn wasn't the only guy with a liar storyline on "Sex and the City." During season 3, Clark Gregg played Harris Bragen, a guy Miranda Hobbes lies to about her profession when she meets him at a speed-dating event. Though she got busted for not really being a flight attendant, to her surprise, he was lying too — turns out he was actually an assistant manager at a shoe store, not the doctor he'd claimed to be. There are so many pants on fire here!

Brian Van Holt made an appearance on season 2 of "Sex and the City" as actor Wylie Ford. His fame may have won Charlotte York over at first, but she quickly caught on to his jerk-ery. 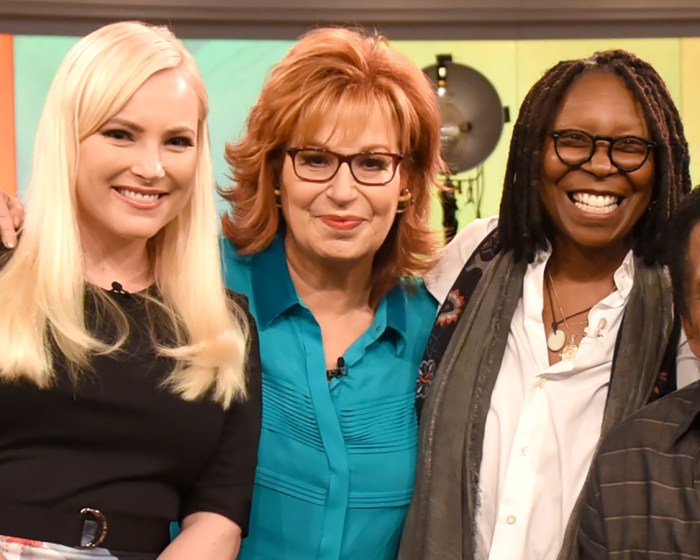