Megyn Kelly's now-infamous 2017 interview with Jane Fonda made headlines again this week after Megyn revealed that the interview is her only regret from her first year on NBC's "Megyn Kelly Today." She told Us Weekly, "I certainly wish I hadn't put on Jane Fonda. That didn't go well!" Jane was vocal about her disapproval of Megyn asking her about her plastic surgery. Coming to her own defense, Megyn noted, "She answered that question in about 40 different forums. It was nothing wrong with me. And she's answered it in 40 more forums since!" She went on to tell Us Weekly, "I think the issue was somebody who used to work at Fox News was asking it of her that particular day. There's nothing I can do about that. I know some people don't like Fox News, and some people don't like me and that's OK." Megyn added that she regrets not speaking up for herself, especially considering Jane spoke badly about both the interview and the host to multiple outlets following the interview. "Some things are about standing up for yourself. And in the case of Fonda, I let her beat up on me repeatedly," Megyn explained.

RELATED: TV series that are based on real life

Damon Wayans is leaving "Lethal Weapon." The actor, who's starred on the FOX series since its inception, told Eurweb.com that he'll be leaving after Season 3. "I'm going to be quitting the show in December after we finish the initial 13. So I really don't know what they're planning, but that's what I'm planning. I'm a 58-year-old diabetic and I'm working 16-hour days," he explained. The news follows another casting shakeup — the other original lead, Clayne Crawford, was replaced by Sean William Scott for the current 2018-2019 season. Clayne infamously clashed with Damon, who was injured during production of an episode Clayne directed. There's no word from the network on the future of the show.

"Saturday Night Live" cast member Kenan Thompson weighed in on the mood in Studio 8H during musical guest Kanye West's headline-making pro-Trump rant at the end of the Sept. 29 "SNL" season opener. "He voiced his opinion. Very loudly. For a long time. We're all entitled to our opinion, I don't know if that's the moment, necessarily, to hold people hostage like that," Kenan said on "Late Night with Seth Meyers." In his impromptu speech, Kanye claimed he was bullied backstage for wearing a Make America Great Again hat, insisted it's not helpful to criticize President Trump and declared that "90 percent" of news outlets and people in the entertainment industry have liberal views. Though Kenan was backstage for this part, many of his co-stars got stuck onstage after the show's goodbye segment when the rapper, who'd performed as the episode's musical guest, launched into his monologue. "I felt so bad for those guys, because it's hard to stand there and not be able to debate somebody who is going so far against your personal opinion, and just stand there and take it," Kenan added.

Meghan McCain is returning to "The View." The co-host will head back to work on Oct. 8 after taking a leave of absence following the Aug. 25 death of her father, Sen. John McCain. A source close to the family told People magazine that it was Meghan's brother Jimmy who convinced her to head back to "The View," telling her that their dad would want her to stay strong and get back to work.

Two "The Real Housewives of Atlanta" stars are leaving

In Bravoland news, the time has come to say goodbye to two "The Real Housewives of Atlanta" stars. Both Kenya Moore (far right) and Sheree Whitfield (second from left) announced on Oct. 1 that they'll no longer be on the hit Bravo show. Kenya cited her pregnancy as her reason for leaving, telling The Daily Dish, "I have decided to take this season off to focus on my high-risk pregnancy in a healthy and drama-free environment. I thank Bravo for this amazing platform that has allowed me to grow, flourish and appreciate the value of what is truly important in life." Sheree told The Daily Dish, "I'm in a new chapter in my life and I've decided not to return to 'RHOA' so that I can focus on myself and my businesses, spend more time with my family and explore new endeavors. As promised, please stay tuned for She by Shereé to launch; we'll be accepting pre-orders soon! I wish all the ladies the best!" The news comes on the heels of the Season 11 trailer drop. In the teaser, NeNe Leakes, Kandi Burruss, Cynthia Bailey, Porsha Williams and Eva Marcille seem to all be returning, while Shamari DeVoe is joining the cast.

"Teen Mom: OG" premieres with a tumultuous fight between Bristol Palin and her ex

Bristol Palin began her run on "Teen Mom: OG" on the show's Oct. 1 season premiere with a massive fight. Cameras caught Bristol and husband Dakota Meyer — the war veteran father of two of her kids, whom she's since divorced — battling over how they're handling his struggle with PTSD and anxiety. Their split earlier this year, and its aftermath, will also be chronicled on the MTV show.

Spontaneous choreography is not welcome! This week's "Dancing With the Stars" saw a major dancing faux pas by radio personality Bobby Bones. Instead of finishing out his foxtrot routine set to Frank Sinatra's "New York, New York," Bobby opted to add his own spin at the end — flossing! He started doing the viral dance move at the end of his performance with pro Sharna Burgess, leaving the judges and Sharna — who was in the dark — baffled. Of the flub, which was probably a big reason for their low score that week, Sharna told "Entertainment Tonight," "Right now, I'm mad at him." Bobby wasn't remorseful but understood her position, telling the show, "She is ticked at me, and she deserves to be." We'll see what the fans think about all this when the dancers learn their fate during eliminations next week.

There's a new face on "CBS This Morning"

"CBS This Morning" welcomed a new co-host this week after announcing that CBS reporter Bianna Golodryga will be joining current hosts Gayle King, Norah O'Donnell and John Dickerson on the morning show. Bianna is no stranger to "CBS This Morning," as she's served as guest host in the past and often does reporting for the daily news show. "It's an honor to be joining Gayle, Norah and John and everyone at CTM as we continue to do what CBS News does best — reporting on issues that matter to our viewers, along with enterprising, smart and objective storytelling," Bianna said in a network press release on Oct. 3. 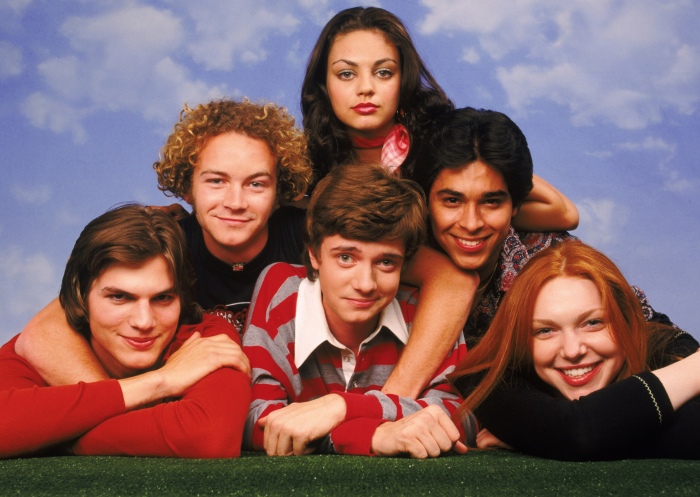