Viewers have come to know and love Mindy Kaling thanks to years of watching her crack those dry, witty jokes on both NBC's "The Office" and her own hit series, "The Mindy Project." Yet surprisingly, there's still a lot about the outspoken writer-actress that's been left to the imagination. (We don't even know who her real-life baby daddy is!) With the final episode of Mindy's Hulu comedy set to air on Nov. 14, 2017, Wonderwall.com did some digging to uncover 13 juicy things you probably didn't know (but should!) about the fiery Indian-American star.

1. Her real name is Vera

Fun fact: Mindy is not actually Mindy… if we're being technical. Her given name is actually Vera Mindy Chokalingam, but when her mom was pregnant and about to move to the United States, she wanted a "cute American name" for her daughter, so she looked to the popular TV show "Mork & Mindy." Mindy says that she's always been called by her middle name. "Vera isn't just an old Russian lady's name, it's an incarnation of a Hindu goddess," she told the Improper Bostonian in 2006. "But they never called me it." She also opted to shorten her last name for her showbiz life.

2. She interned for Conan O'Brien

When Mindy Kaling was a 19-year-old college student at Dartmouth, she scored a gig working for her "comedy hero," Conan O'Brien. "I was the worst intern that ever worked on the program," she joked to the late-night host years later. "I wanted to work there not to learn how to photocopy things, but to watch you. So I wouldn't do my things that I was hired to do. I would just kind of like follow you around." We all have to get our start somewhere, right?

RELATED: Leonardo DiCaprio over the years

You might not recall seeing Mindy Kaling in 2005's "The 40-Year-Old Virgin," but allow us to jog your memory. She actually made her big-screen debut in the flick as an eligible bachelorette in the speed-dating scene. Mindy played Amy, who turned out to be one of Paul Rudd's character's exes. When he rounded to her table, he begged for her back, but Mindy staunchly refused. "We've been broken up for, like, two years, man," she said. "I don't want to date you anymore!" We might have only gotten 60 seconds or less of Mindy until the buzzer sounded, but her small part was quite memorable.

4. She was one of the only female writers on "The Office"

Mindy Kaling got her big break in show business with a gig writing for NBC's hit comedy "The Office" back in 2004. At the time, the 24 year old was the only female on the team of behind-the-scenes creatives. Gender aside, her talent shone through quickly and by the second episode, Mindy was also starring in the series as Kelly Kapoor. On the show's sixth season, she earned herself an Emmy nod for co-writing the episode titled "Niagara." Go, Mindy! Girl power!

5. Her mom passed away on the same day "The Mindy Project" was picked up

Mindy Kaling got some of the best and worst news of her life on the very same day. On Jan. 30, 2012, her mother, Swati Chokalingam, passed away after losing her fight with pancreatic cancer. The same day, Mindy got the news that her series, "The Mindy Project," was being picked up by FOX. "I'm not superstitious, but I think my mom had some part in it," she told Good Housekeeping. Mindy later recounted how the show actually helped her cope with the tragic loss. "I was very lucky that the show started up at that time so I could just throw myself into it and distract myself," she explained to InStyle. Mindy's quirky doctor character on "The Mindy Project" was even somewhat inspired by her mom, who was also an OB/GYN.

Mindy Kaling was trying to keep her pregnancy under wraps, but Oprah Winfrey ended up announcing the news unexpectedly back in July 2017. Mindy had confided in the legendary talk show host while doing press for their film "A Wrinkle in Time" at Disney's D23 expo. "That's when she told me. My mouth dropped," Oprah explained. "She said, 'Oh, Oprah, I don't think you know. I'm five months pregnant.' And I said, 'Whaaaat?!'" But Mindy isn't stressing over Oprah leaking the news at all. "You can't complain that much about it," she said during an appearance on "The Ellen DeGeneres Show" in October. "And you also can't be like, 'Hey, Oprah, zip it,' because she's almost like a religious figure." Mindy is expecting a baby girl at the end of 2017.

7. Her "The Mindy Project" character's name was inspired by author Jhumpa Lahiri

We already know that Mindy Kaling drew inspiration for her "The Mindy Project" character from her mother, who was an OB/GYN. But did you ever wonder where her character's last name, Lahiri, originated? Mindy is a huge fan of Pulitzer Prize-winning author Jhumpa Lahiri. "I love all her books, but 'The Namesake' struck me the most personally," Mindy revealed to The New York Times. "She also wrote a short piece called 'Rice' for The New Yorker about a pulao recipe her father makes. I have it printed out and saved in my desk." Looks like it's time to do some reading…

8. She's honest about her bad habits

Nobody's perfect! And Mindy Kaling has no issue spelling out each and every one of her bad habits. Did you know that she grinds her teeth? Or that she talks during movies that she doesn't understand? Mindy admitted to those and more imperfections in a Q&A for La Ligne in 2016, also citing her love for drink after work, being a little bit elitist and even sometimes crushing on married men. Candid, right?

9. She knows her relationship with B.J. Novak is weird

Mindy Kaling was just 24 when she and her "The Office" co-star B.J. Novak struck up a steamy romance off-camera. The young-love relationship didn't last, but the exes have remained very close since, frequently being spotted out together or goofing around on each other's social media accounts. Mindy continually denies that the pals have anything relationship-y going on, but it's refreshing to know that she'll be the first one to admit their closeness is odd. "I will freely admit: My relationship with B.J. Novak is weird as hell," she told InStyle . "He is not my boyfriend, but he is not exactly my best friend." Mindy joked that if they were to have a Facebook status it would be "romantically charged camaraderie with loud arguments." If we could click the 'like' button, we would.

We're used to seeing Mindy on the small screen and even know her as the creative mind behind most of the work she stars in, but did you realize that she's also a New York Times best-selling author twice over? Both her 2011 memoir, "Is Everyone Hanging Out Without Me? (And Other Concerns)," and her 2015 follow-up, "Why Not Me?" debuted on the coveted list. The New York Times described her second work, which started out at No. 1, as a combination of "stories about nerdy, complicated childhoods; college misadventures at top-tier institutions; early success in improv or Off-Broadway; big-time mentors; lucky breaks; artistic triumphs and setbacks; romantic foibles; strange encounters with fame; and some funny (if extraneous) filler." We'll take it.

11. She's already working on a new series or two

Did you think Mindy Kaling was just going to sit back with her feet up after "The Mindy Project" ended? Wrong. The final episode hadn't even hit the air when Mindy Kaling was confirmed to have her hooks in another major small-screen project. In early November 2017, the Hollywood Reporter confirmed that she was working on a series remake of the 1994 movie "Four Weddings and a Funeral." But it's not like Mindy just abandoned her on-screen family after six seasons together! Not only is her new script for Hulu, the network that picked up "The Mindy Project" when it was dropped by FOX, but she's working on it with her old series' showrunner, Matt Warburton. The anthology-style show will mirror the original film that starred Hugh Grant and Andie MacDowell, following a group of friends whose lives intersect at four weddings a funeral. In October, Variety also reported that Mindy is working on two other projects for NBC with peeps from behind the scenes of "The Mindy Project."

12. She won't spend more than a minute on a tweet

Don't expect to find Mindy Kaling sitting at her computer screen pondering what to write in her tweets for hours on end. She refuses to spend more than a minute coming up with her social media banter. "You know the whole thing where if it takes a long time to write a poem, then you probably shouldn't be writing poetry?" Mindy explained to The New York Times. "With tweets, if you're sitting around for more than 45 seconds, it's probably not the medium for you." Well, now her 10.7 million followers will know that she definitely isn't overanalyzing before pressing send.

13. She doesn't need a husband

Mindy Kaling might be pregnant with her first child — a baby girl — but that doesn't mean she needs a man in her life. To be very honest, we don't even know if she has a man, and if she does, we have no idea who he is or if he's the father of her child. We do know that Mindy admired her parents' relationship and has admitted to feeling an urgency to get married and have babies when she was much younger. But she's changed her tune since then. "I don't need marriage," she told Good Housekeeping . "I don't need anyone to take care of all my needs and desires. I can take care of them myself now." The fact that Mindy doesn't feel the need to have a man in her life isn't that much of an unexpected finding about the self-proclaimed feminist, but still is something we bet you didn't know. 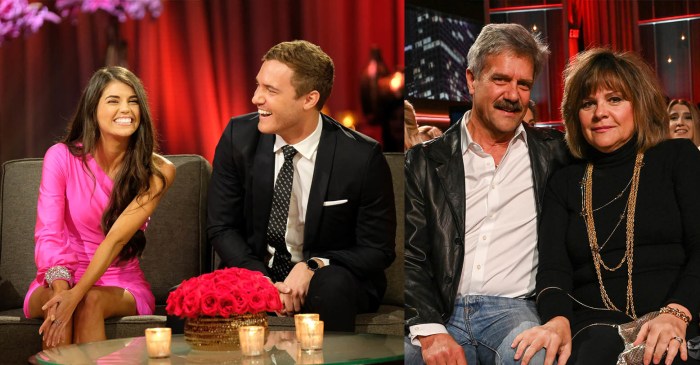