"Star Trek: Discovery" debuts on CBS All Access on Sept. 24, 2017. In honor of the latest installment in one of our all-time favorite sci-fi franchises, Wonderwall.com got the inside scoop on the cast. Keep reading for everything you need to know about the stars of "Discovery."

After brief stints on "Army Wives" and "The Good Wife," Sonequa Martin-Green scored her major breakthrough in 2012 when she debuted as Sasha on "The Walking Dead." She's since appeared on "Once Upon a Time" and "New Girl." Sonequa is married to actor Kenric Green, with whom she welcomed a son, Kenric Jr., in 2015.

RELATED: 26 stars you never knew were in the "Star Trek" franchise

Doug Jones has appeared in some of Hollywood's biggest blockbusters, though his face rarely appears on screen due to prosthetics and special-effects makeup. The actor-contortionists' biggest hits include "Batman Returns," "Hocus Pocus," "Tank Girl," "Mystery Men," "Men in Black II," "Hellboy," "Pan's Labyrinth," "Fantastic 4: Rise of the Silver Surfer" and "Crimson Peak." He also had stints on "The Strain" and "Falling Skies." He's been with his wife, Laurie, since the early '80s.

Jason Isaacs stars as Captain Gabriel Lorca, the captain of the Starship Discovery.

Jason Isaacs made his acting debut in the late '80s. His biggest hits include "DragonHeart," "Event Horizon," "Armageddon," "Soldier," "The End of the Affair," "The Patriot," "Sweet November," "Black Hawk Down," "Resident Evil," "Windtalkers," "Peter Pan," "Green Zone," "Fury," "A Cure for Wellness" and the "Harry Potter" franchise, in which he portrayed Lucius Malfoy. He also had stints on "The West Wing," "Brotherhood," "Awake," "Dig," "The OA" and "The State Within," for which he earned a Golden Globe nomination in 2008. Jason has been with his wife, Emma Hewitt, since the late '80s. They have two daughters, Lily and Ruby.

Shazad Latif launched his acting career with British productions in 2010. He made his Hollywood debut in 2015 with "The Second Best Exotic Marigold Hotel" and "The Man Who Knew Infinity." He then portrayed Dr. Henry Jekyll on "Penny Dreadful" in 2016.

Anthony Rapp made his Hollywood debut in 1987's "Adventures in Babysitting." The Broadway star, who originated the role of Mark Cohen in "Rent," went on to appear in "School Ties," "Dazed and Confused," "Six Degrees of Separation," "Twister," "Road Trip" and "A Beautiful Mind." In recent years, he's starred in the Broadway production of "If/Then" and had stints on "The Good Fight" and "The Knick." Surprisingly, the super-private actor, who self-identifies as queer, has managed to keep his love life mostly under wraps over the years. (His "Star Trek" alter ego will be the first openly gay character on the TV franchise.)

Mary Wiseman stars as Cadet Sylvia Tilly, who's been assigned to the Starship Discovery while completing her studies at Starfleet Academy.

Mary Wiseman made her television debut in 2012. The newcomer, who studied at Juilliard, has appeared on episodes of "Difficult People" and "Baskets" and had a four-episode stint on "Longmire" in 2016.

Chris Obi stars as T'Kuvma, a commanding officer in the Klingon Empire.

Chris Obi, who cut his teeth in the British theater scene, made his television debut in 2002 and has since appeared on episodes of "Doctor Who" and "Roots." He also portrayed Anubis on "American Gods" and had small roles in "Snow White and the Huntsman," "The Counsellor" and "Ghost in the Shell."

Mary Chieffo stars as L'Rell, an officer in the Klingon Empire.

Kenneth Mitchell stars as Kol, a commanding officer in the Klingon Empire.

Kenneth Mitchell made his television debut in 2001. Since then, he's has small roles in "The Recruit" and "Miracle," as well as stints on "Jericho," "Ghost Whisperer," "Switched at Birth," "The Astronaut Wives Club," "Notorious" and "Frequency." The comely Canadian is married to actress Susan May Pratt, with whom he shares a son and a daughter.

James Frain portrays Ambassador Sarek, Spock's father. (There have been many iterations of the character, who first appeared on "Star Trek: The Original Series," over the years.)

James Frain made his television debut in 1993. Since then, he's had roles in "Elizabeth," "Sunshine," "Titus," "Reindeer Games," "Where the Heart Is," "The Count of Monte Cristo," "Into the Blue," "TRON: Legacy," "Water for Elephants" and "The Lone Ranger." He also had stints on "24," "The Tudors," "True Blood," "The Cape," "The White Queen," "Grimm," "True Detective," "Gotham" and "Orphan Black." The English actor, who's also enjoyed a successful career as a stage actor in the U.K., has been with his wife, TV director Marta Cunningham, since 2003. They reportedly have two children.

Rainn Wilson made his television debut on an episode of "One Life to Live" in 1997. He went on to appear in "Galaxy Quest," "Almost Famous," "America's Sweethearts," "House of 1000 Corpses," "Sahara," "My Super Ex-Girlfriend," "Juno," "The Rocker" and "Transformers: Revenge of the Fallen." He also had stints on "Six Feet Under" and "Backstrom," though he'll always be recognized most for his role as Dwight Schrute on "The Office," for which he earned three Emmy nominations. The funnyman, who also founded the production company SoulPancake, reportedly married short-story writer Holiday Reinhorn in 1995. They have a son, Walter. 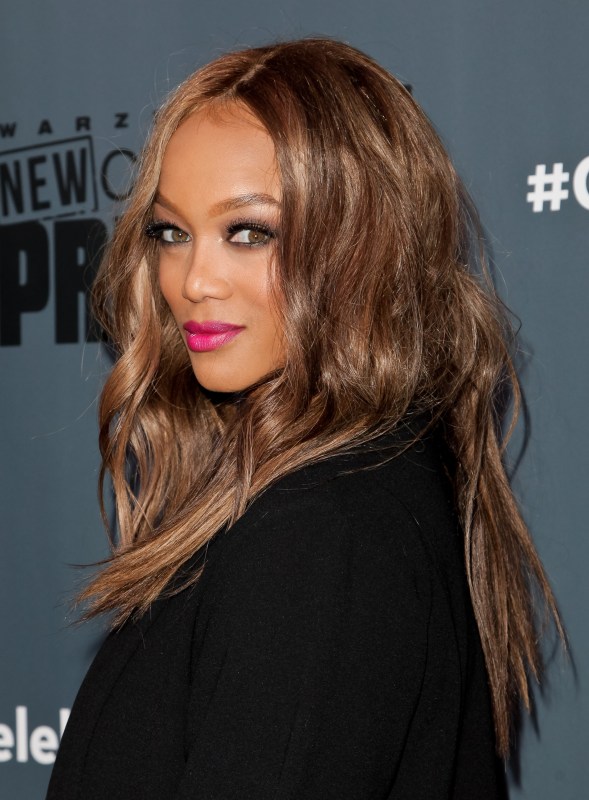 Up Next Birthday girl biz