It's over! Now that the series finale of "Game of Thrones" has aired, Wonderwall.com has rounded up the best reactions and responses from Hollywood — as well as some of the HBO series' stars themselves — starting with "GoT" actress Emilia Clarke. "Finding the words to write this post has left me overwhelmed with how much I want to say but how small words feel in comparison to what this show and Dany have meant to me. The mother of dragons chapter has taken up the whole of my adult life," she captioned an Instagram slideshow goodbye. "This woman has taken up the whole of my heart. I've sweated in the blaze of dragon fire, shed many tears at those who left our family early, and wrung my brain dry trying to do Khaleesi and the masterful words, actions (and names) I was given, justice. @gameofthrones @hbo #love #motherofdragonsoverandout." Keep reading for more reactions to the May 19, 2019, ending of the biggest show of the last decade!

"Sansa, Thank you for teaching me resilience, bravery and what true strength really is. Thank you teaching me to be kind and patient and to lead with love. I grew up with you. I fell in love with you at 13 and now 10 years on.. at 23 I leave you behind, but I will never leave behind what you've taught me. To the show and the incredible people who make it, thank you for giving me the best life and drama lessons I could have ever asked for. Without you I wouldn't be the person I am today. Thank you for giving me this chance all those years ago. And finally to the fans. Thank you for falling in love with these characters and supporting this show right through till the end. I'll miss this more than anything." –Sophie Turner

"So tonight we have our very last episode. It's the final step of a long and wonderful journey. A journey that, for me, started at 10am on Monday 19th of July 2010. I know this because recently I found my rehearsal and prep schedule for season 1, week 1. This was given to me when I landed in Belfast for the first time, weeks before we even started shooting. Listed here is the rehearsal where I first met Kit [Harington], and the first time I wore the costume that's seen me through 8 seasons. I'm glad I kept this. I met so many people that week who have come to mean so much to me. Back then we couldn't have known the journey we'd go on together. I wouldn't swap that experience, or those people, for the world. Enjoy the episode and thanks for everything. ❤️❤️❤️ @gameofthrones @hbo #GOT " –John Bradley

"Game of Thrones" superfan Leslie Jones had a lot to say as she live-tweeted the finale on May 19, 2019, including "HOLY F—!!! I DID NOT SEE THAT COMING YO!!" when Jon Snow killed his queen, and — in one of many video clips — "I know you all want me to say something like… but I don't know what the f— you want me to say — it's the end of the damn saga. Sh–. It wasn't gonna go on forever, it just wasn't. … It's like when 'Desperate Housewives' ended. You just can't do nothing else with them bi—–. That's what this is. And it was great! I don't get it with that [criticism of the] ending, people pissed, but I'm good with it."

"It's been one of my greatest joys playing Missandei of Naath… The quiet and kind translator. A brilliant woman who overcame so much suffering and found herself, her voice… and her one and only love. She represented so much for me, personally, that I have no choice but to carry the things she has taught me into my life going forward. Thank you to everyone who made it possible for me to play this part… this life changing part… there are too many to list… @emilia_clarke GIRL! I love you… SO much. I've loved playing your BFF for the past 7 years. Thank you for being such a wonderful person in my life and a source of light and laughter. The Bad Ass Boss Lady Warrior Goddess club will live on forever 😂🙌🏽 @raleighritchie…. Jacoooob! I literally cannot tell you what sharing the screen with you has meant to me. I found performances I didn't know I had inside me, simply because you gave me so much to work against. Playing Missandei and Grey Worm's journey has been so special. I couldn't have asked for a more generous and supportive co-star… Also… We've been out in these streets together boiiii🤣😂 negotiating so much but always having each other's back. Thank you for all of it… you have been a dear friend at every point. To the entire cast and crew… You will always hold a special place in my heart. The love and energy we shared will be hard to match. I feel like I hit the jackpot meeting and working with you all. I love you. To the fans of the show, and of Missandei… Thank you for all the love and support… It's been a pleasure playing her for you. I know last night was pretty intense for some of you so I invite you to participate in my fantasy where I like to think that, right now…. Missandei is sipping a rum on a beach somwhere in sky 😂… 🍹🌴 #andnowmywatchhasended#MissandeiofNaath #Dracarys#thankyouforsupportingme#RIPMissandei #isleofbutterflies #🦋 #illbeseeingyou" –Nathalie Emmanuel

"Shut up, it was perfect. #GameofThrones" –Pedro Pascal

"Don't call me princess I'm a queen… Queen @SophieT" —Joe Jonas (aka Sansa Stark actress Sophie Turner's husband) on his Instagram Story, along with a photo of Sansa wearing her Queen in the North crown

"Started watching when I was 16. Sad to see it end. #GameofThrones" –Lili Reinhart

"The part that angers me the most is JON SNOW SHOULDN'T GET TO PET GHOST AFTER SENDING HIM AWAY!" and "Sansa won the popular vote but Bran had the electoral college." –blink-182's Mark Hoppus

"I'm so excited for #GameofThrones. I don't know what I'm excited for, but Portia will explain it as we go. She loves when I ask her questions during the show. #GameofThronesFinale" —Ellen DeGeneres

"but like was there any way all yall wouldnt have been mad or disappointed with the ending? Bran literally controls the timeline. 'Course he was making money moves like that!" –Kevin McHale

"Yall really watched neds beheading, the red wedding, when cersei blew that green sh– up, night king killing the dragon etc etc etc and act SURPRISED because it didn't end they way yall thought it would????? I have to laugh" –Zara Larsson

"Bruh I'm so stuck right now. I didn't think s–t was bout to go down like that. I mean. I prolly woulda smashed one more time if I knew the plan. @HBO @GameOfThrones #GoT #Season8 #DemThrones #TheFinalEpisode" –T-Pain

"I am at a loss for words." –Shannon Purser

"The only time I teared up was when #Brienne wrote what she done wrote. #GameofThrones" —Elizabeth Banks

"Very politically correct ending. Was waiting for some twist but then again it's like done done. Not mad at all Lol. #got" —Kendra Wilkinson

"Before y'all start trying to say GOT is 'bad writing'…the writers of it have a billion dollars and literally all of your tweets are misspelled. #GOT7" –Whitney Cummings

"So Bran gets to be king, despite the fact that he just put his name on the group project and didn't do any work. #DemThrones" –Jemele Hill

"Definitely a win win situation:-) Homage to Gwendoline Christie @gwendolineuniverse for her brilliant performance as the warrior, the knight and the beautiful human being Brienne Of Tarth #GOTafterparty With my wife" –Kristofer Hivju

"Sitting with a circle of friends about to watch #GameofThrones series finale. We've all been watching together for YEARS. It's the end of an era. Enough delaying… jumping in. It wasn't supposed to last forever, right?" —Kerry Washington

"Sansa Stark,cause she ain't a little bird no more. She's comin' 4 that crown & Snow doesn't want it & he is in love with a Dragon goddess turned straight up psychopath. & Daenerys was dead as soon as Arya witnessed the mother & daughter get burned alive. Yep. Bye bye Dragon Lady." —Kelly Clarkson 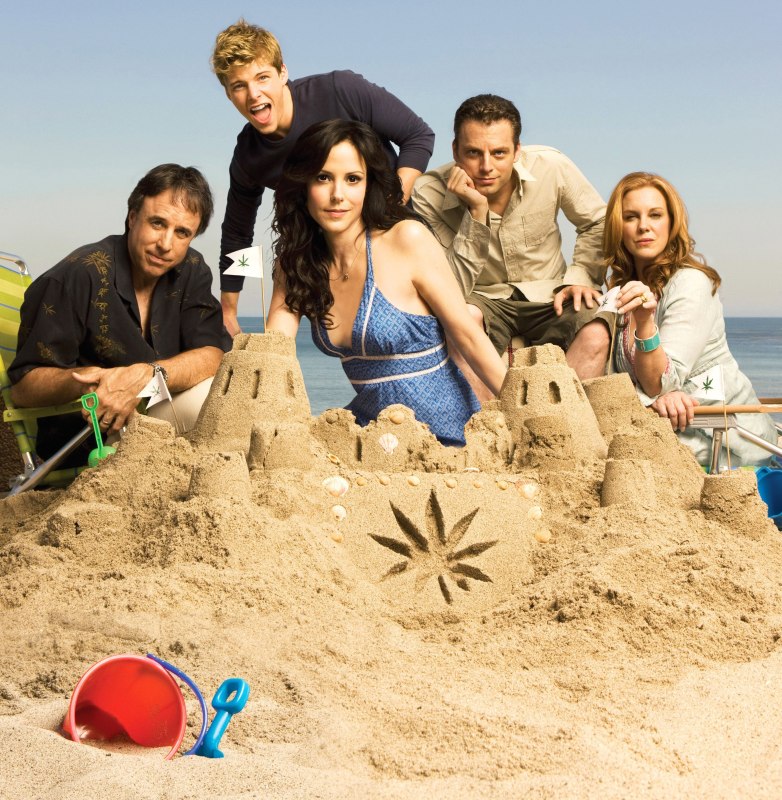