It's hard to believe it's been 25 years since "Now and Then" hit theaters on Oct. 20, 1995. The enduring, sweet coming-of-age flick continues to charm audiences to this day. In honor of the milestone anniversary, Wonderwall.com is checking in on the stars of the film to see where they are today…

Samantha Albertson, Sam to her friends, was played by Gaby Hoffmann in the film. She's the glue that holds the friend group together and also serves as the movie's narrator.

Former child star Gaby Hoffmann took a break from acting to attend New York's Bard College. From there, she worked largely in New York theater, performing in off-Broadway productions before notably starring in the Broadway play "Suburbia" alongside Kieran Culkin and Jessica Capshaw in 2006. In the 2010s, she made a major return to TV, starring on HBO's "Girls" from 2014 until 2017 and, more recently, on Amazon's "Transparent" from 2014 until 2019. The actress shares a daughter with boyfriend Chris Dapkins.

Demi Moore was already a big-time movie star before "Now and Then," but directly following the sweet flick, she starred in 1996's "Striptease," which made her the highest paid movie actress in history at the time thanks to her $12.5 million pay day. That same year, she voiced Esmeralda in "The Hunchback of Notre Dame" and starred in "If These Walls Could Talk." 1997 saw her headline the movie "G.I. Jane," which ended up being a box office flop that ushered in a much slower era of her career, though she enjoyed a career comeback of sorts when she played the villain in 2003's "Charlie's Angels: Full Throttle." More recently, Demi starred in 2019's "Corporate Animals" and in 2019 released the bestselling memoir "Inside Out." Her personal life was bumpy after "Now and Then." In 1998, she split from husband Bruce Willis, with whom she shares three daughters. She later made headlines for her relationship with Ashton Kutcher, who's 15 years her junior. The couple wed in 2005 and split in 2011, after which the actress struggled with addiction issues before getting sober.

The tomboy character of Roberta Martin was played by Christina Ricci. Roberta's mom passed away when she was young, leaving her surrounded by her brothers, which contributed to her tough exterior and disdain for feminine things.

Rosie O'Donnell brought the grown-up Roberta — who's now a gynecologist — to life.

Rosie O'Donnell didn't star in that many films after "Now and Then," though she did appear in 1996's "Harriet the Spy" and "A Very Brady Sequel." It was actually her move to television in 1996 that turned her into a household name as she hosted "The Rosie O'Donnell Show" from 1996 until 2002. The show endeared her to viewers and earned her several Daytime Emmy Awards. She moved on to a less endearing television choice next — a moderator on "The View" from 2006 until 2007 — which saw her at the center of many controversies. Rosie returned to the talk show in 2014 for a short time. More recently, she appeared on Showtime's "SMILF." Rosie adopted her first child, Parker, the same year "Now and Then" was released. In 2004, she married Kelli Carpenter, with whom she shares daughter Chelsea, son Blake and daughter Vivienne. She and Kelly split in 2009. Rosie later married Michelle Rounds in 2012 and adopted daughter Dakota with her, but the two split in 2015 and Michelle died by suicide in 2017.

Thora Birch was a well-known child star before signing on to "Now and Then." She followed up the film with roles in "Alaska" and "American Beauty," the latter of which earned her a BAFTA nomination for best supporting actress. In 2001, she earned a Golden Globe nomination for best actress for her performance in "Ghost World," and in 2003, she picked up an Emmy nod for her work in the TV movie "Homeless to Harvard: The Liz Murray Story." More recently, Thora appeared on season 10 of "The Walking Dead." In 2018, she revealed on social media that she's a married woman.

The year after "Now and Then" came out was a busy one for Melanie Griffith! In 1996, she starred in "Two Much" with Antonio Banderas, with whom she fell in love. The two married that year in May and welcomed daughter Stella in September. They eventually split in 2014. When it came to her career, like co-star Demi Moore, Melanie didn't find much box office success after the '90s. She appeared in 1997's "Lolita" and 1998's "Another Day in Paradise" and then primarily appeared on television in the '00s with roles on shows like "Nip/Tuck" and "Raising Hope." She had a small role in 2017's "The Disaster Artist." Daughter Dakota Johnson, with ex-husband Don Johnson, is now an actress herself. Melanie is also mom to Alexander Bauer, whom she shares with ex Steven Bauer.

Ashleigh Aston Moore was cast as Chrissy DeWitt, the naive girl in the friend group. Sadly, the actress had a tragic ending. She scored a few more roles on TV shows like "Madison," "Northern Exposure" and "Touched by an Angel" after starring in "Now and Then" but didn't act after 1997. She died in 2007 at 26 from what's been widely reported as an accidental heroin overdose. "Ashleigh was a really cool kid," co-star Thora Birch told ABC News in 2015. "She had a great personality and I remember making fun of Chrissy's lines with her from time to time because neither of us could believe that Chrissy was so clueless. I had not heard about her passing until a couple years ago, and was saddened by the news."

Rita Wilson played the adult version of Chrissy, who's pregnant and due to give birth in their hometown any day.

Rita Wilson's most notable roles since "Now and Then" include small parts in 1999's "Runaway Bride," 2009's "It's Complicated" and 2016's "My Big Fat Greek Wedding 2." She has also had roles on popular TV shows like "The Good Wife" and "Girls," done stints on Broadway and released four albums. Rita, who was diagnosed with breast cancer in 2015 — she's now in remission — has been married to Tom Hanks since 1988. They share two sons, Chester and Truman. 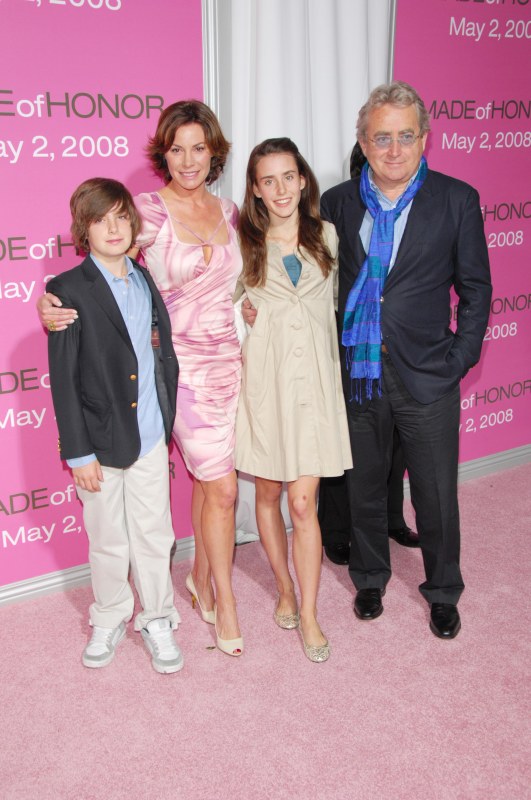