Florence Pugh spent years fighting off trolls and their offensive comments about her romance with her now-ex boyfriend, Zach Braff. So it's no wonder she was frustrated with the internet's almost fanatical response to her sex scene moments with Harry Styles in the trailer for "Don't Worry Darling," which co-stars and was directed by Harry's now-girlfriend, Olivia Wilde. "When it's reduced to your sex scenes," Florence, 26, tells Harper's Bazaar, "or to watch the most famous man in the world" engage in a racy act, "… it's not why we do it. It's not why I'm in this industry." Though she's not necessarily surprised by the chatter, she's also not interested in focusing on it. "Obviously, the nature of hiring the most famous pop star in the world, you're going to have conversations like that," Florence says. "That's just not what I'm going to be discussing because [this movie is] bigger and better than that. And the people who made it are bigger and better than that." Her comments are in line with what the actress says elsewhere in the interview about public interest in her own personal life, including her split from Zach, 47. Confirming the breakup for the first time, Florence says the pair has tried "to do this separation without the world knowing, because it's been a relationship that everybody has an opinion on," and the two figured it would be to their advantage not to have "millions of people telling us how happy they are that we're not together." She adds, "I automatically get a lumpy throat when I talk about it," before reflecting on her deep discomfort with having "private moments or moments that aren't even real" thrust into the spotlight simply because she acts in movies. "I think it's incredibly wrong," she says. "I don't think that people, just because they have this job, that every aspect of their life should be watched and written about. We haven't signed up for a reality TV show."

When Zoe Kravitz started casting her upcoming directorial debut, "Pussy Island," she didn't know Channing Tatum, but was "drawn to him" because he "hadn't played a dark character before," she recently told WSJ. Magazine. "I think that's exciting to watch someone who's mostly played boy next door, good guy, love interest, all of that," Zoe said of her film's star (and now, boyfriend). "I felt, even from afar, before I knew him, that he was a feminist and that he wasn't afraid of exploring that darkness, because he knows he's not that. That's why I was drawn to him and I wanted to meet with him. And I was right." Channing also spoke with WSJ. Magazine about the pair's initial meetings, telling the outlet, "It's always really intriguing to have someone bring you something that literally no one else has ever thought of you for." The film's story, which Zoe began writing shortly before the #MeToo movement, "was born out of a lot of anger and frustration around the lack of conversation about the treatment of women, specifically in industries that have a lot of money in them, like Hollywood, the tech world, all of that," she explained. Zoe also reflected on how the project brought her and Channing together beyond their professional work. "I guess what I'll say is when you make things with people it's a very sacred space, and when you're compatible with somebody creatively it often opens up other channels, because you're kind of sharing all of yourself," she said. "I'm really grateful that this movie has brought him into my life that way."

Alec Baldwin talks 'Rust' shooting media speculation, how gun could have fired without his pulling the trigger

Alec Baldwin maintains the everyone who was on the set of "Rust" when cinematographer Halyna Hutchins was fatally shot and director Joel Souza was injured "knows exactly what happened" and "who's to blame" in the incident. Speaking to Chris Cuomo on the Tuesday, Aug. 16 edition of his "Chris Cuomo Project" podcast, Alec pointed out the next step in the case will be a forthcoming report from the Santa Fe District Attorney's office. He also noted none of the voices involved in speculating about the shooting were actually on the set when it happened. "They are talking on and on and on about 'what if this' and 'what if that' and have dined out on this and the thing that they have in common is nobody was there," he said, citing coverage from The Los Angeles Times and The Hollywood Reporter (via Fox News). "Everybody who were there, they know exactly what happened. They know exactly who's to blame," he said. Alec — along with the movie's assistant producer Dave Halls and armorer Hannah Gutierrez Reed, among others — was named in a wrongful death suit filed by Halyna's family. A medical examiner's report previously ruled Halyna's death was accidental, according to ABC News, and authorities have confirmed Alec was told the gun contained no live ammunition before it was handed to him that day. Alec has also said he never pulled the trigger. "The man who is the principal safety officer of the set of the film declared the gun was safe when he handed it to me," Alec told Chris, apparently referencing Dave Halls. "The man who was the principal safety officer of the film declared in front of the entire assemblage, 'This is a cold gun.' Now, why did he say that if he didn't know and hadn't checked? The point is we were told everything was cool and you can relax and we are working with a gun that is safe to rehearse with." Alec went on to say Dave "explained" to him that a gun can go off "if you pull a hammer back and let it go if there's a live round" in it, in a process called "fanning." "There's only one question to ask here: Who put a live round in the gun?" In the end, Alec concluded: "Everything we've said doesn't matter — me, my positioning, the press. The real tragedy here is what happened to this woman."

When Gina Rodriguez goes into labor with her first child, she intends to take full advantage of her MMA fighter husband's physical prowess in the delivery room. Speaking to Entertainment Tonight about the couple's baby prep this week, the "Jane the Virgin" star, 38, said that in addition to watching videos of live births, she's taking "some hardcore prenatal classes," while her husband, Joe LoCicero learns how to support her every step of the way through childbirth. "My husband is training to be my doula. He's really next level," Gina gushed, explaining that she sees him like a boxing coach supporting her in the ring. "He's a martial artist and so it's basically, you know, he's cornering … I wouldn't call it a fight — I would say, it's like … me climbing my Mount Everest and he's gonna corner me for it," she said. "He's magical," the star added, joking, "He's definitely the better half, so I'm hoping that he'll just go on in there and pull our baby out." Gina, 38, and Joe, 36, announced they were expecting their first child together on Gina's birthday, July 30.

"It's good to be loved. It's profound to be understood." Portia de Rossi shared those words the day she married Ellen DeGeneres back in 2008 — and in honor of the couple's anniversary, Ellen shared them on Instagram on Tuesday, Aug. 16. "I love you, @portiaderossi," the comic continued in the caption to a video of the two through the years. "Happy 14! ❤️." Ellen, 64, and Portia, 49, tied the knot shortly after same-sex marriage became legal in California. "We've grown together as a couple, and we really consider each other and put our relationship first," Portia told People last year when asked how they've maintained their long-lasting romance. "By doing that, you become a lot more solid," she explained at the time, adding, "I can't imagine spending time with anyone but her."

In the wake of her recent retirement news, tennis champ Serena Williams spoke with Selena Gomez about how she maintains "mental fitness" for Selena's mental health site, Wondermind. "Mental fitness for me is just really learning to shut down," Serena says in a clip from their conversation Selena shared on Instagram on Monday, Aug. 15. "And you know I did this years ago, before even mental health was a topic among everyone's mind," Serena continues. "It was more just like, alright, I'm shutting myself down today. Just subconsciously, it was something I've always done. And so now that I know that it's so important to just put yourself first, especially mentally, I always have shut down moments. I have serious boundaries and I don't let anyone cross those boundaries." Earlier this month, Serena, 40, announced in a Vogue essay that she's "evolving away from tennis" after a career most agree changed the landscape of the game — and women's athletics — forever. For her part, Selena, 30, agrees that shutting down and focusing on her own needs is essential for her mental wellness. "For me, it's so important to make sure, every day, I have a period of — it's so bad, because I really don't do anything for me, I'm terrible at that … and I'm working on it — at least prioritizing what I need to do," Selena says in the video. "And then when I'm turned off, I'm turned off." In her Vogue piece, Serena said a big part of her decision to start moving on from tennis is a desire to expand her family. She currently shares 4-year-old daughter Alexis with husband Alexis Ohanian.

"The Flash" star Ezra Miller has issued a public apology and announced he's in treatment for "complex mental health issues" after a series of arrests and other legal run-ins raised questions about the star's future with the DC Comics franchise. "Having recently gone through a time of intense crisis, I now understand that I am suffering complex mental health issues and have begun ongoing treatment," Ezra, who identifies as non-binary and uses they/them pronouns, told CNN in a statement published this week. "I want to apologize to everyone that I have alarmed and upset with my past behavior," the statement continued. "I am committed to doing the necessary work to get back to a healthy, safe and productive stage in my life." In March, Ezra was charged with disorderly conduct and harassment stemming from an arrest in Hilo, Hawaii. They were also arrested for second-degree assault related to "an incident at a private residence in the district of Puna," according to CNN. Ezra is also due to be arraigned in court in Vermont on Sept. 26, for their alleged connection to a felony burglary related to alcohol theft. 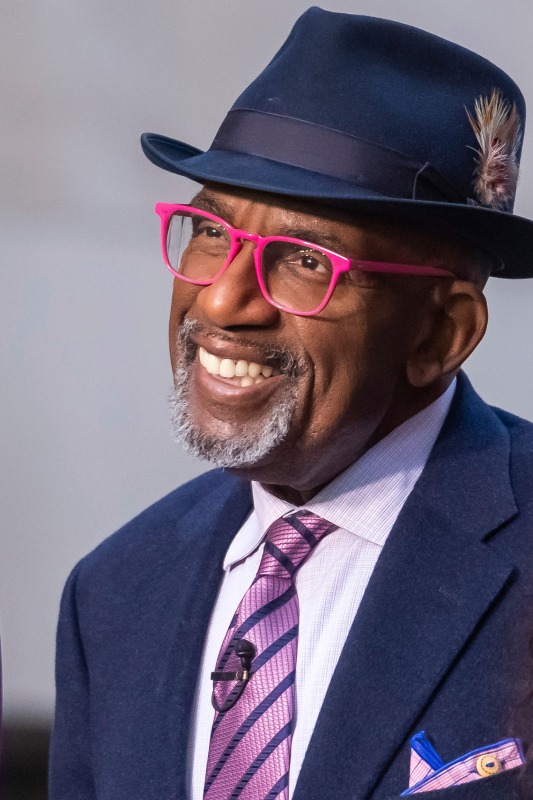 Up Next Hospitalized Again