"The Real Housewives of New York" star Luann De Lesseps filed for divorce from her husband Tom D'Agostino on Aug. 3, after just eight months of marriage. "It's with great sadness that Tom & I agreed to divorce. We care for each other very much, hope you respect our privacy during this sad time!" she wrote on Twitter. The divorce came just weeks after reports indicated the two had hit a rough patch, with one report claiming the two had a physical confrontation during dinner in New York City.

Beyonce reportedly wants to buy a stake in the Houston Rockets, Bloomberg reported on Aug. 1. The team is currently up for sale. It's not known how much the team will sell for, but Steve Ballmer paid $2 billion for the Los Angeles Clippers in 2014, to give perspective (and most NBA insiders believe the Rockets are worth more). Beyonce's husband, JAY-Z, currently owns a small stake in the Brooklyn Nets.

Rapper Macklemore was involved in a scary head-on collision last week, it was reported on Aug. 1. TMZ said he is OK. Police told the outlet that an alleged drunk driver in a pickup truck crossed the center line into traffic in Langley, Washington, striking the rapper's car. Everyone involved in the accident appeared to be fine or suffered relatively minor injuries.

Casey Affleck's wife Summer Phoenix filed for divorce on July 31. Summer cited "irreconcilable differences" in her petition, while asking for spousal support and joint physical and legal custody of their children Indiana, 13 and Atticus, 9. This isn't much of a surprise to many. The two announced they had separated in March 2016. In the divorce documents, she listed their date of separation as November 2015.

It's a boy for "The Hills" alum Whitney Port. The former reality star announced on Instagram on July 31 that she and her husband Tim Rosenman welcomed a son. "I made a human! Sonny Sanford Rosenman was born on 7/27/17!! Everyone is so happy and healthy and we are home now. I'm going to try my very best to not be one of those moms whose feed is dominated by their baby but I can totally see how difficult it will be not to," she wrote. "I am beyond obsessed and in love and wish I could bottle this feeling for all of you out there." It's the first child for the couple.

"Counting On" star Derick Dillard felt the wrath of fans, a television network and a fellow realty star this week after he made controversial comments directed at Jazz Jennings, the 16-year-old transgender reality TV star. Jill (Duggar) Dillard's husband attacked Jazz's show on Twitter on Aug. 2, writing, "What an oxymoron… a "reality" show which follows a non-reality. "Transgender" is a myth. Gender is not fluid; it's ordained by God." Many of his followers bashed him for targeting a teen. Derick tried defending himself but, in doing so, called Jazz "him," further angering many. TLC, the network which carries "Counting On" and "I Am Jazz," said in a statement, "Derick Dillard's personal statement does not represent the views of TLC." Jazz, too, responded. "Every day I experience cyber-bullying, but I keep sharing my story," she tweeted, "today was no different."

It was wasn't all rainbows and sunshine, and it took some time for Jennifer Aniston and Justin Theroux to be completely happy — but they are now. People magazine spoke to a source close to the the couple who shared, "It took them a while to figure everything out." The couple, who celebrate their two-year anniversary on Aug. 5, had some "difficulty," the source said. Their issues, it was reported, were due to their schedules. Eventually, they figured out how to make it work. "It's possible that this marriage would not have worked if they were in their 20s, but they aren't," said the source. "They are great friends and have total respect for each other." Awwww!

Carrie Underwood is about have a lot more quality time with her husband. On Aug. 3 Mike Fisher announced he's retiring from the NHL. The country superstar got quite emotional over the news. "Captain @mfisher1212 I sure am going to miss watching you play and cheering you on with the rest of Smashville, but I so look forward to seeing what God has in store for you in this next chapter of your life," she wrote on Instagram. "You've given your teammates and the game your all for so many years…you've worked so hard and made us all so proud! Isaiah and I love you so much and are so excited to be able to have you home a lot more…We can't wait to cheer on the @predsnhl WITH you in the stands! #ThankYouSmashville #PredsFansForLife."

Selena Gomez canceled her tour last October to seek 90 days of treatment for emotional health. She's now detailing what those three months were like. "I went away for 90 days, and it was the best thing that I ever could've done," she told InStyle. "I had no phone, nothing, and I was scared. But it was amazing, and I learned a lot." She said she still goes to therapy, as well. "I was in the countryside and never did my hair; I took part in equine therapy, which is so beautiful. And it was hard, obviously. But I knew what my heart was saying, and I thought, 'OK, I think this has helped me become stronger for other people.'" In the same chat, she called her boyfriend The Weeknd "more of a best friend than anything else." Is he getting friend-zoned already? 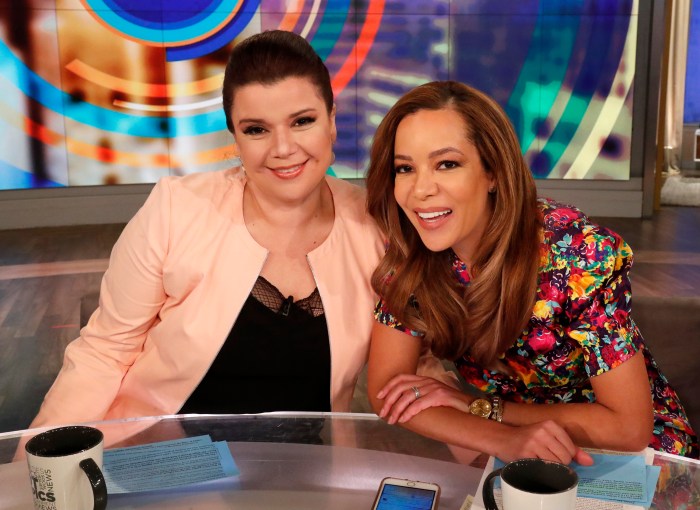