Your favorite stars will be walking the red carpet at the Screen Actors Guild Awards on Jan. 27, 2019. But before they hand out this year's batch of prizes, Wonderwall.com is taking a trip down memory lane and revisiting what the SAG Awards red carpet looked like 20 years ago! First up is Gwyneth Paltrow in a beautiful pale pink Gucci creation. 1999 was a big year for the star, who was enjoying the success of her film "Shakespeare in Love." Later that night, she took home the best actress award as well as a trophy as part of the film's ensemble cast. Keep reading to see more '99 SAG Awards fashion…

True "Friends" walk the red carpet together in matching outfits! Jennifer Aniston and Courteney Cox looked like true besties in corresponding black ensembles — a crop top and ballgown skirt for Jen and a midi-length little black leather number for Court. Though they looked fabulous, the ladies lost out in their category — outstanding performance by an ensemble in a comedy series — to the "Ally McBeal" gang.

We're not used to seeing Angelina Jolie in light colors, so this white off-the-shoulder gown is a treat! The star donned the delicate design to the 1999 festivities where she took home a best actress in a miniseries or TV movie prize for her work in "Gia."

RELATED: Fashion flashback to the 2009 Grammys

Black-and-white gowns never go out of style. Portia de Rossi proved it in this funky black column gown with a white overlay and double straps — a look we could also easily see on the red carpet two decades later. Portia and her "Ally McBeal" co-stars emerged victorious later that night, taking home the outstanding performance by an ensemble in a comedy series trophy for their work on the quirky FOX series.

Gillian Anderson wowed on the 1999 SAG Awards red carpet in emerald green. She accessorized her glam strapless gown with an oversized shrug but unfortunately didn't add a statuette later that night. She lost out in the best actress in a drama series category for her performance on "The X-Files" — she was bested by Julianna Margulies. The "X-Files" cast also lost out in the ensemble category to Julianna's "ER" crew.

Cate Blanchett can always be counted on to deliver a major fashion moment — and this dreamy white midi-length confection certainly didn't disappoint back in 1999. That year, the star was up for best actress in a leading role for her work in "Elizabeth" (she lost to Gwyneth Paltrow in "Shakespeare in Love").

Ted Danson and Mary Steenburgen had been married for nearly four years at the time of the 1999 SAG Awards! The cute Hollywood couple was in attendance thanks to Mary's nomination for best actress in a miniseries or TV movie for her performance in "About Sarah." Though she lost to Angelina Jolie, Mary still looked radiant in red and had a handsome, well-dressed date beside her, which is a pretty big win in itself!

Calista Flockhart kept things simple and sweet with this tea-length black confection at the 1999 SAG Awards. Her show, "Ally McBeal," won big that night, taking home top honors in the outstanding performance by an ensemble in a comedy series category. Though they were victorious, Calista lost out to Tracey Ullman in the best actress category.

Brooke Shields opted for a bright orange kimono-style top, which she paired with a sleek, fitted black skirt and pointy-toe black shoes, at the 1999 SAG Awards.

Rachel Griffiths' black gown featured a sheer overlay with white floral embellishments. The star was up for best female actor in a supporting role for her work in the film "Hilary and Jackie" at the 1999 SAG Awards but lost out to "Primary Colors" star Kathy Bates.

It was the '90s, so forgive Helen Hunt for busting out this shiny, iridescent blue design on the red carpet at the 1999 SAG Awards. The eye-catching dress even came with a matching purse!

In 1999, Angie Harmon was starring on "Law & Order." She attended the SAG Awards in this simple chocolate brown halter-style dress as a nominee in the outstanding performance by an ensemble in a drama series category with the rest of her cast, but they were beat out by the stars of "ER."

Remember this couple? Even we forgot about this failed Hollywood romance — Billy Bob Thornton and Laura Dern, who dated from 1997 to 1999. They walked the red carpet hand in hand at the 1999 SAG Awards — Laura sported a black floral number with tights and pointy-toe shoes and Billy Bob wore a suit with a silver tie. They were there to celebrate Billy Bob's nomination for best supporting actor for his work in "A Simple Plan" (he lost out to Robert Duvall). This stop was toward the end of their relationship — before Billy Bob left Laura for another star in attendance that night: Angelina Jolie.

Kim Basinger embraced the pantsuit at the 1999 SAG Awards — 20 years before they were popping up on red carpets everywhere.

Another pantsuit! Camryn Manheim also opted for a chic menswear-inspired ensemble. Her show, "The Practice," lost out in the outstanding ensemble in a drama series category to the stars of "ER" later that night.

"The Practice" star Dylan McDermott wore all black when he attended the 1999 SAG Awards with then-wife Shiva Rose, who donned a pretty blue-and-white floral frock. Unfortunately, Dylan's show didn't come out on top — they lost out in the outstanding drama cast category to "ER."

Best supporting actress in a movie winner Kathy Bates rocked black with a burgundy velvet kimono-style coverup at the 1999 SAG Awards. The star was honored for her work in that year's critically acclaimed flick "Primary Colors."

Kristen Johnston opted for an always chic black-and-white combo at the SAG Awards in 1999. But despite her winning outfit, Kristen's show, "3rd Rock from the Sun," lost out in the best comedy series ensemble category to the cast of "Ally McBeal."

Edward Burns and Heather Graham attended the SAG Awards during their two-year relationship in 1999. Heather donned this partially sheer and heavily beaded spaghetti-strap design while Edward kept things classic in a tux and bow tie.

It was an all-black halter-style dress for "Frasier" star Jane Leeves, whose cast lost out to the stars of "Ally McBeal" in the best ensemble performance in a comedy series category.

Julia Louis-Dreyfus rocked black lace on the '99 SAG Awards red carpet. During that era, she was still starring on "Seinfeld," though she lost out to Tracey Ullman in the best actress in a comedy series category that night.

Love it or hate it, Lara Flynn Boyle always opted for an interesting fashion choice on the red carpet during her acting heyday. At the 1999 SAG Awards, it was this pale pink, form-fitting gown that came complete with a matching fur stole.

"ER" star Kellie Martin selected this strapless bubblegum pink confection for the 1999 SAG Awards. Later that night, she and her co-stars won an outstanding performance by an ensemble in a drama series prize.

Best actress in a leading role nominee Meryl Streep attended the 1999 ceremony with husband Don Gummer. The star, who was up for her work in "One True Thing" but lost to Gwyneth Paltrow that night, sported this multi-layered black look complete with a jacket, pants and sheer overlay while her sculptor hubby donned a classic tuxedo.

It was all about sequins and stripes for Kim Delaney on the red carpet at the 1999 SAG Awards. The "NYPD Blue" star was up for best actress in a drama series, though she lost to "ER" star Julianna Margulies. Her show's cast also lost out to the medical drama in the outstanding performance by an ensemble in a drama series category.

Jaclyn Smith was pretty in pink at the 1999 SAG Awards. The actress donned this lovely sparkly pastel confection, which she paired with matching heels.

Marla Sokoloff looked sweet in this sparkly spaghetti-strap number with a matching shrug. Her show, "The Practice," was up for best performance by an ensemble in a drama series that year but lost out to the cast of "ER." 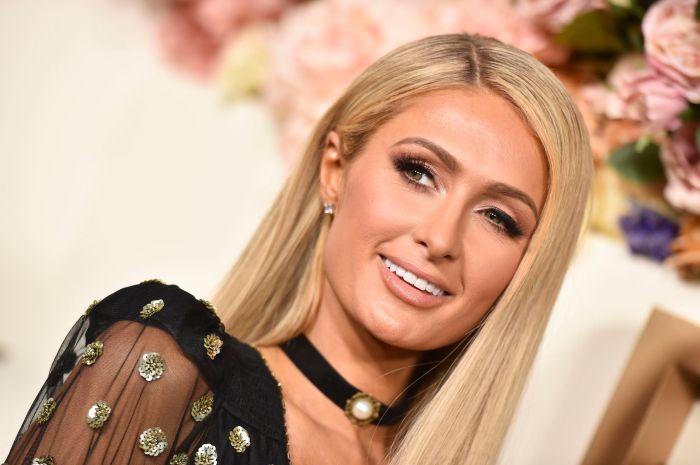